This might influence a few military minds into backing away from trump.
POLITICS 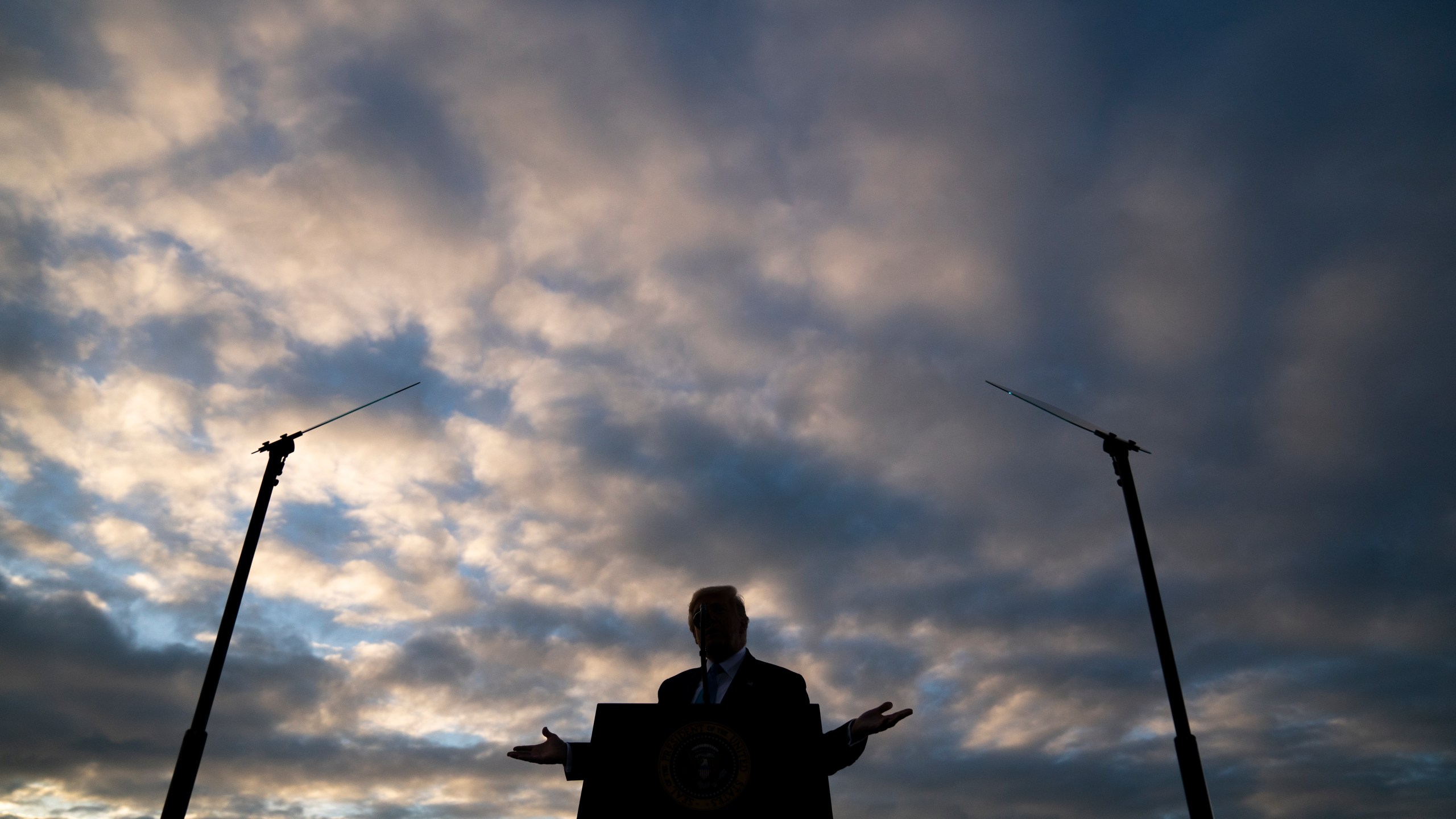 DELRAY BEACH, FLa. (AP) — A new report details multiple instances of President Donald Trump making disparaging remarks about members of the U.S. military who have been captured or killed, including referring to the American war dead at the Aisne-Marne American Cemetery in France in 2018 as "losers" and "suckers."

Trump said Thursday that the story is "totally false."

The allegations were first reported in The Atlantic. A senior Defense Department official with firsthand knowledge of events and a senior U.S. Marine Corps officer who was told about Trump's comments confirmed some of the remarks to The Associated Press, including the 2018 cemetery comments.

The defense officials said Trump made the comments as he begged off visiting the cemetery outside Paris during a meeting following his presidential daily briefing on the morning of Nov. 10, 2018.

Staffers from the National Security Council and the Secret Service told Trump that rainy weather made helicopter travel to the cemetery risky, but they could drive there. Trump responded by saying he didn't want to visit the cemetery because it was "filled with losers," the official said, speaking on condition of anonymity because the official was not authorized to discuss it publicly.

The White House blamed the canceled visit on poor weather at the time.

In another conversation on the trip, The Atlantic said, Trump referred to the 1,800 Marines who died in the World War I battle of Belleau Wood as "suckers" for getting killed.

Speaking to reporters aboard Air Force One as they returned to Washington from a campaign rally in Pennsylvania, Trump said, "What animal would say such a thing?"

White House chief of staff Mark Meadows said, "It's sad the depths that people will go to during a lead-up to a presidential campaign to try to smear somebody."

Democratic presidential candidate Joe Biden said Thursday, "If the revelations in today's Atlantic article are true, then they are yet another marker of how deeply President Trump and I disagree about the role of the President of the United States."

"Duty, honor, country — those are the values that drive our service members," he said in a statement Thursday night, adding that if he is elected president, "I will ensure that our American heroes know that I will have their back and honor their sacrifice — always." Biden's son Beau served in Iraq in 2008-09.

The Defense officials also confirmed to The AP reporting in The Atlantic that Trump on Memorial Day 2017 had gone with his chief of staff, John Kelly, to visit the Arlington Cemetery gravesite of Kelly's son, Robert, who was killed in 2010 in Afghanistan, and said to Kelly: "I don't get it. What was in it for them?"

The senior Marine Corps officer and The Atlantic, citing sources with firsthand knowledge, also reported that Trump said he didn't want to support the August 2018 funeral of Republican Sen. John McCain, a decorated Navy veteran who spent years as a Vietnam prisoner of war, because he was a "loser." The Atlantic also reported that Trump was angered that flags were flown at half-staff for McCain, saying: "What the f—- are we doing that for? Guy was a f—-ing loser."

In 2015, shortly after launching his presidential candidacy, Trump publicly blasted McCain, saying "He's not a war hero." He added, "I like people who weren't captured."

Trump only amplified his criticism of McCain as the Arizona lawmaker grew critical of his acerbic style of politics, culminating in a late-night "no" vote scuttling Trump's plans to repeal the Affordable Care Act. That vote shattered what few partisan loyalties bound the two men, and Trump has continued to attack McCain for that vote, even posthumously.

The magazine said Trump also referred to former President George H.W. Bush as a "loser" because he was shot down by the Japanese as a Navy pilot in World War II.

Copyright 2020 The Associated Press. All rights reserved. This material may not be published, broadcast, rewritten or redistributed