Trump to Throw Out First Amendment 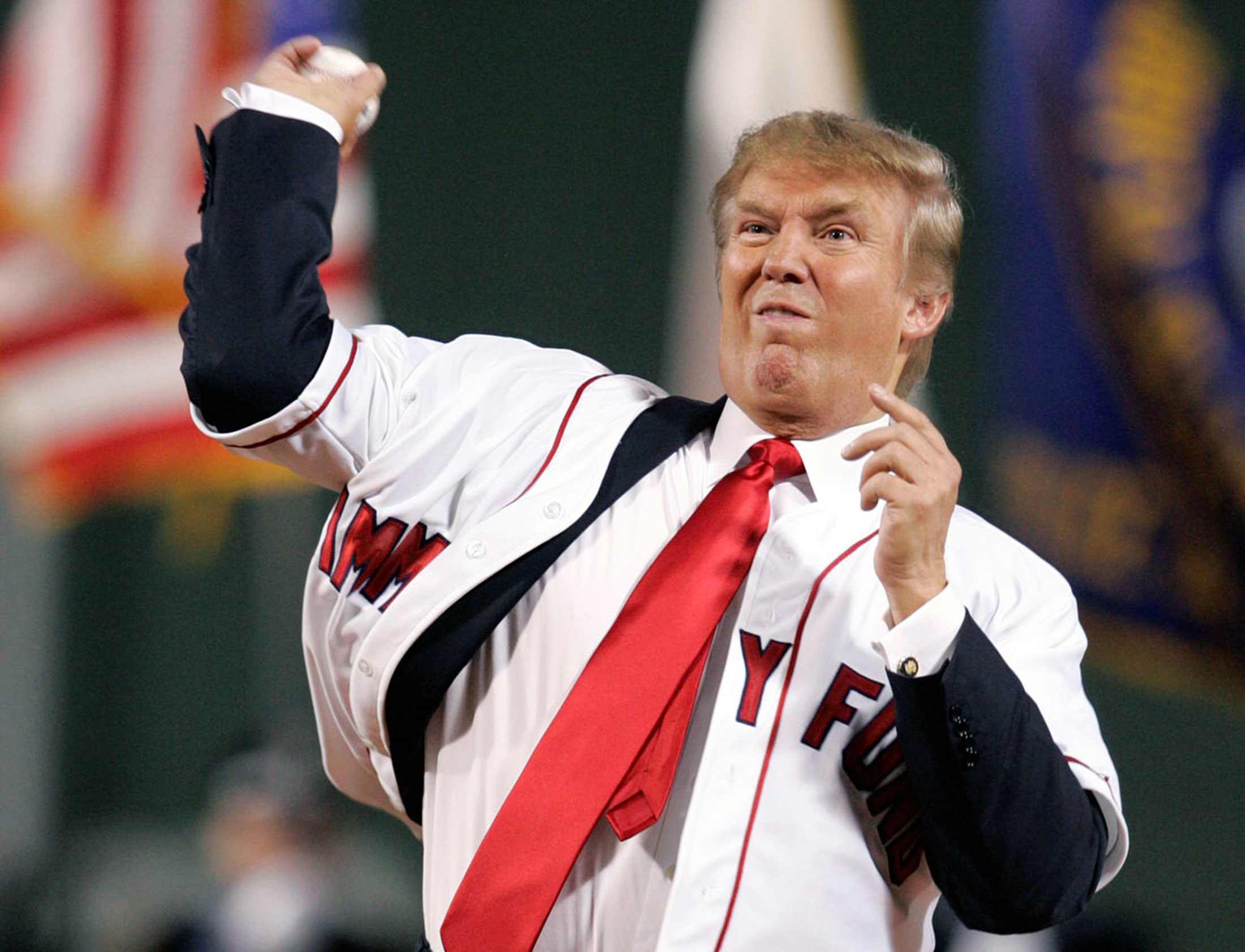 WASHINGTON (The Borowitz Report)—In an event that he described as "historic," Donald J. Trump announced that he will throw out the First Amendment at Yankee Stadium next month.
"It's going to be an amazing and fantastic thing I'll be doing," Trump said. "I've asked a lot of history experts, and they all say that no President has thrown out an amendment before."
"Obama was President for eight years and never threw out an amendment," he said. "What a loser."

Trump said that he had considered throwing out the First Amendment "many, many times before" but had ultimately decided to preserve freedom of the press for his friends at Fox News.

"But, thanks to that beauty Chris Wallace, now I know that Fox is just as nasty and fake as the rest," he said. "The only real journalist left is that nice lady at OAN."
When asked how he is preparing for his Yankee Stadium appearance, Trump said that he is consulting with other world leaders who are experienced in throwing out laws.
"I had a terrific conversation with Vladimir Putin," Trump said. "They don't have a First Amendment in Russia, but he said that, if they did, he would definitely throw it out. So that made me feel good."
Trump grew misty-eyed as he contemplated his upcoming visit to Yankee Stadium.
"I can't believe I'll be throwing out the First Amendment," he said. "Every little boy dreams of this."
--
****
Juan
I do solemnly swear (or affirm) that I will faithfully execute the Office of President of the United States, and will to the best of my Ability, preserve, protect and defend the Constitution of the United States.
Posted by 1ma2t