Something to Know - 5 April

This is the clown car running the show now.   Pence, no it's trump, no, its now it's?

He Went to Jared

Heaven help us, we're at the mercy of the Slim Suit crowd. 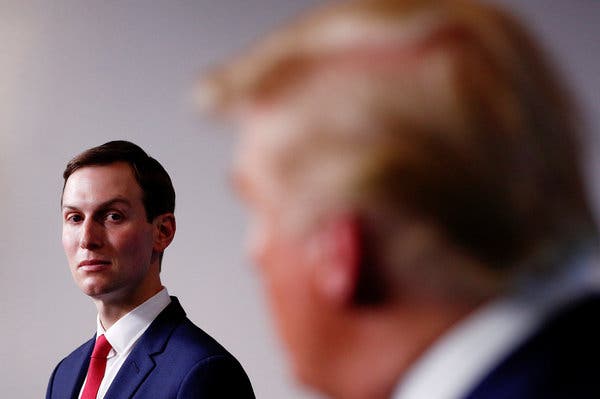 A few years ago, when some photos by Times photographers adorning our office walls were swapped out for others, I found one headed for the dumpster.

It captured the scene when Andy Card came over to whisper to George W. Bush, as he read "The Pet Goat" to schoolchildren in Sarasota, that a second plane had crashed into the World Trade Center.

It was such a pivotal moment in this country's history, it seemed too important to toss. So I hung it in my office.

But then three days later, I had to get rid of it. The look in Bush's eyes was so disturbing, I couldn't bear to see it anymore.


He looked frightened, like a horrible bill had come due and he was utterly unprepared to pay it. He looked like what he was: a man who had been winging it for the first half of his life, playing and swaggering around while he relied on his daddy and daddy's friends to prop him up.

W. was shaken to the core, and that left him vulnerable to being influenced by the older advisers around him with their own crazy agendas. America is still paying for the dreadful decisions that came after that moment. The same blend of arrogance and incompetence informed the Bush administration's handling of Katrina — the earlier lash of nature that exposed the lethal fault line between the haves and have-nots. W. retreated to clinical states' rights arguments as a beloved city drowned.

Now we have another pampered scion in the Oval, propped up by his daddy for half his life, accustomed to winging it and swaggering around. And he, too, is utterly unprepared to lead us through the storm. Like W., he is resorting to clinical states' rights arguments, leaving the states to chaotically compete with one another and the federal government for precious medical equipment.

Donald Trump is trying to build a campaign message around his image as a wartime president. But as a commander in chief, Cadet Bone Spurs is bringing up the rear.

"I would leave it up to the governors," Trump said Friday, when asked about his government's sclerotic response. Trouble is, when you leave it to the governors, you have scenes like we did in Florida with the open beaches — not to mention a swath in the middle of the country that, as of Friday night, still had not ordered residents to stay home.

The Los Angeles Times reported that two months before the virus spread through Wuhan, the Trump administration halted a $200 million early-warning program to train scientists in China and elsewhere to deal with a pandemic. The name of the program? "PREDICT."

It is said that nature abhors a vacuum, but this virus loves it.

At Thursday's briefing, Rear Adm. John Polowczyk, who barely two weeks ago became the head of the administration's supply-chain task force, added to the confusion when he defended the government's decision to send the supplies governors are pleading for to the private sector first.

"I'm not here to disrupt a supply chain," the admiral said.

Trump was elected to disrupt things. So disrupt.

The president seems oblivious to the fact that his own clown car of an administration bungled the priceless lead time we had to get ready for the pandemic.

Trump's most defining qualities have been on display in this fight: He has been mercurial, vindictive, deceptive, narcissistic, blame-shifting and nepotistic.

At the Thursday briefing, the president brought out another wealthy, uninformed man-child who loves to play boss: Jared Kushner. Where's our Mideast peace deal, dude? Surely Trump did not think giving Kushner a lead role would inspire confidence. This is the very same adviser who told his father-in-law early on that the virus was being overplayed by the press and also urged him to tout a Google website guiding people to testing sites that turned out to be, um, still under construction.

Now he is leading a group, mocked within the government as "the Slim Suit crowd," that is providing one more layer of confusion — and inane consultant argot — to the laggardly, disorganized response.

From the lectern, Kushner drilled down on his role as the annoying, spoiled kid in every teen movie ever made. "And the notion of the federal stockpile was, it's supposed to be our stockpile," he said. "It's not supposed to be the states' stockpiles that they then use."

That's the way the Trump-Kushner dynasty has approached this whole presidency, conflating what belongs to the people with what is theirs. Trump acts like he has the right to dole out "favors," based on which governor is most assiduous about kissing up to him.

On Friday, the administration changed the wording on the Department of Health and Human Services website about the stockpile to be matchy-matchy with Kushner's cavalier dismissal of the states.

It was typical of Trump's muddled message that on Friday, as the C.D.C. issued new guidelines to wear masks, the president said: "You can wear 'em. You don't have to wear 'em," adding he had no intention of wearing one because "Somehow, sitting in the Oval Office behind that beautiful Resolute desk, the great Resolute desk, I think wearing a face mask" did not gel with his image of greeting "prime ministers, dictators, kings, queens, I don't know somehow, I don't see it for myself."

Trump's eyes may not have the same fearful look that W.'s did. But ours do.
--
****
Juan
Freedom's just another word for nothing left to lose.
- Kris Kristofferson
Posted by 1ma2t