This morning's edition has the story of the Claremont, California United Methodist Church on the front page.  You may have seen this story in your own papers or on the national news this past week.  Many have asked me about this, since we live in Claremont.  The church is just down the street and around the corner from us on the fabled Route 66 (Foothill Boulevard), just north of the Claremont Colleges.  Here is the story, ably put by  Sandy Banks of the Times:
Caged Nativity display exposes American shame
Many are troubled by a Claremont church's scene of the Holy Family split up and confined. That's the point. 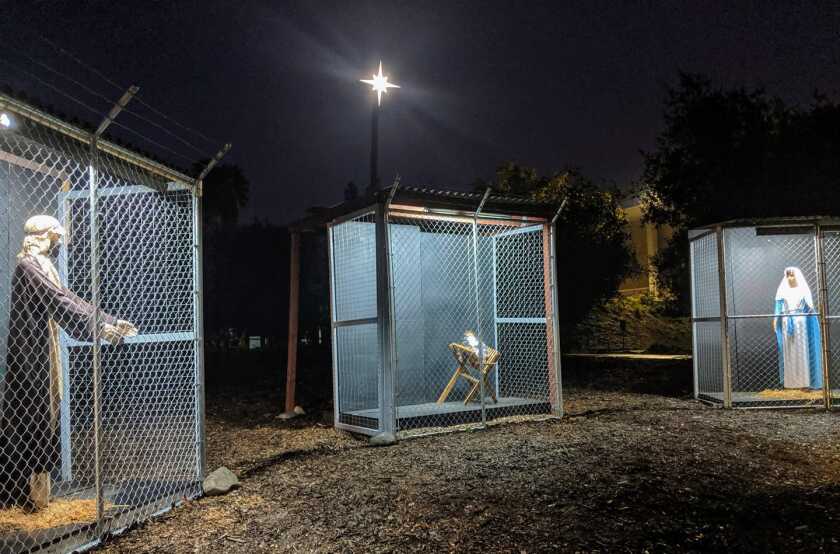