Something to Know - 27 September

Perhaps you may be tired of all things IMPEACHMENT.  So, for a change of pace, try this:
IDEAS

Trump Is Not Well

Accepting the reality about the president's disordered personality is important—even essential.

SEP 9, 2019
Peter Wehner
Contributing editor at The Atlantic and senior fellow at EPPC
Enjoy unlimited access to The Atlantic for less than $1 per week.
Sign in 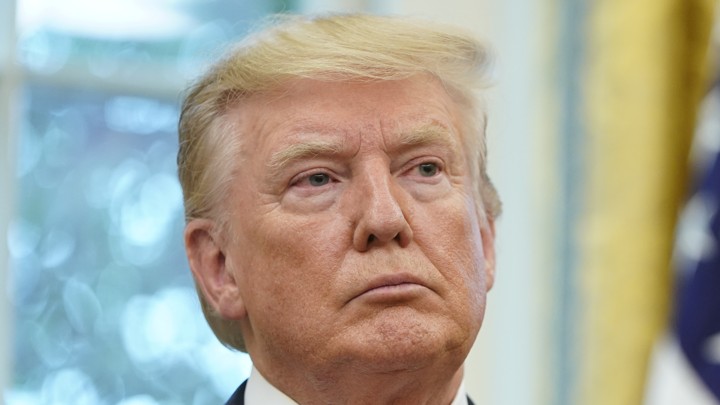 During the 2016 campaign, I received a phone call from an influential political journalist and author, who was soliciting my thoughts on Donald Trump. Trump's rise in the Republican Party was still something of a shock, and he wanted to know the things I felt he should keep in mind as he went about the task of covering Trump.

At the top of my list: Talk to psychologists and psychiatrists about the state of Trump's mental health, since I considered that to be the most important thing when it came to understanding him. It was Trump's Rosetta stone.

I wasn't shy about making the same case publicly. During a July 14, 2016, appearance on C-SPAN's Washington Journal, for example, I responded to a pro-Trump caller who was upset that I opposed Trump despite my having been a Republican for my entire adult life and having served in the Reagan and George H. W. Bush administrations and the George W. Bush White House.

"I don't oppose Mr. Trump because I think he's going to lose to Hillary Clinton," I told Ben from Purcellville, Virginia. "I think he will, but as I said, he may well win. My opposition to him is based on something completely different, which is, first, I think he is temperamentally unfit to be president. I think he's erratic, I think he's unprincipled, I think he's unstable, and I think that he has a personality disorder; I think he's obsessive. And at the end of the day, having served in the White House for seven years in three administrations and worked for three presidents, one closely, and read a lot of history, I think the main requirement for president of the United States … is temperament, and disposition … whether you have wisdom and judgment and prudence."

That statement has been validated.

Donald Trump's disordered personality—his unhealthy patterns of thinking, functioning, and behaving—has become the defining characteristic of his presidency. It manifests itself in multiple ways: his extreme narcissism; his addiction to lying about things large and small, including his finances and bullying and silencing those who could expose them; his detachment from reality, including denying things he said even when there is video evidence to the contrary; his affinity for conspiracy theories; his demand for total loyalty from others while showing none to others; and his self-aggrandizement and petty cheating.

It manifests itself in Trump's impulsiveness and vindictiveness; his craving for adulation; his misogyny, predatory sexual behavior, and sexualization of his daughters; his open admiration for brutal dictators; his remorselessness; and his lack of empathy and sympathy, including attacking a family whose son died while fighting for this country, mocking a reporter with a disability, and ridiculing a former POW. (When asked about Trump's feelings for his fellow human beings, Trump's mentor, the notorious lawyer Roy Cohn, reportedly said, "He pisses ice water.")

The most recent example is the president's bizarre fixation on falsely insisting that he was correct to warn that Alabama faced a major risk from Hurricane Dorian, to the point that he doctored a hurricane map with a black Sharpie to include the state as being in the path of the storm.

"He's deteriorating in plain sight," one Republican strategist who is in frequent contact with the White House told Business Insider on Friday. Asked why the president was obsessed with Alabama instead of the states that would actually be affected by the storm, the strategist said, "You should ask a psychiatrist about that; I'm not sure I'm qualified to comment."

We have repeatedly heard versions of that sentiment over the course of Trump's presidency. It's said that speculating on Trump's mental health is inappropriate and unwise, especially for those who are not formally trained in the field of psychiatry or psychology.

But if a clinical diagnosis is beyond my own expertise, Trump's psychological impairments are obvious to all who are not willfully blind. On a daily basis we see the president's chaotic, unstable mind on display. Are we supposed to ignore that?

An analogy may be helpful here. If smoke is coming out from under the hood of your car, if you notice puddles of oil under it, if the engine is overheating and you smell burning oil, you don't have to be a car mechanic to know that something is wrong with your car.

Accepting the reality about Trump's disordered personality is important and even essential. For one thing, it will help us to better react to Trump's freak show.

Even now, almost a thousand days into his presidency, the latest Trump outrage elicits shock and disbelief in people. The reaction is, "Can you believe he said that and did this?"

To which my response is, "Why are you surprised?" It's a shock only if the assumption is that we're dealing with a psychologically normal human being. We're not. Trump is profoundly compromised, acting just as you would imagine a person with a disordered personality would. Many Americans haven't yet come to terms with the fact that we elected as president a man who is deeply damaged, an emotional misfit. But it would be helpful if they did.

Among other things, it would keep us feeling less startled and disoriented, less in a state of constant agitation, less susceptible to provocations. Donald Trump thrives on creating chaos, on gaslighting us, on creating antipathy among Americans, on keeping people on edge and off balance. He wants to dominate our every waking hour. We ought not grant him that power over us.

It might also take some of the edge off the hatred many people feel for Trump. Seeing him for what he is—a terribly damaged soul, a broken man, a person with a disordered mind—should not lessen our revulsion at how Trump mistreats others, at his cruelty and dehumanizing actions. Nor should it weaken our resolve to stand up to it. It does complicate the picture just a bit, though, eliciting some pity and sorrow for Trump.

But above all, accepting the truth about Trump's mental state will cause us to take more seriously than we have our democratic duty, which is to prevent a psychologically and morally unfit person from becoming president.

The office is too powerful, and the consequences are too dangerous, to allow a person to become president who views morality only through the prism of whether an action advances his own narrow interests, his own distorted desires, his own twisted impulses. When an individual comes to believe his interests and those of the nation he leads are one and the same, it opens the door to all sorts of moral and constitutional devilry.

Whether or not his disorders are diagnosable, the president's psychological flaws are all too apparent. They were alarming when he took the oath of office; they are worse now. Every day Donald Trump is president is a day of disgrace. And a day of danger.

We want to hear what you think about this article. Submit a letter to the editor or write to letters@theatlantic.com.

PETER WEHNER is a contributing writer at The Atlantic and a senior fellow at the Ethics and Public Policy Center. He writes widely on political, cultural, religious, and national-security issues, and he is the author of The Death of Politics: How to Heal Our Frayed Republic After Trump.

****
Juan
Freedom's just another word for nothing left to lose.
- Kris Kristofferson