Something to Know - 28 September

'I Fought the Law and the Law Won'

Trump is disturbed and growing more so. The narcissist cannot bear not getting away with whatever he wants. 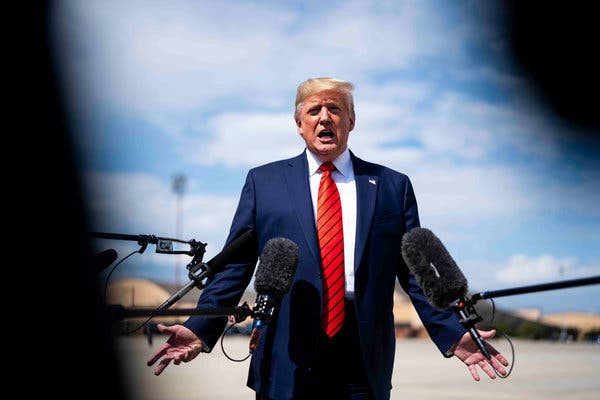 I lived most of my life in the Cold War. There was a clear external threat. When that ended, societies inclined toward narcissism. The tribal got the upper hand. The selfie is the image of the zeitgeist. Choices became overwhelming in their multitude. Noise increased.

It's been a long dissolution, punctuated with mistakes. Decline relative to other powers made Americans more desperate. They'd grown used to the century being theirs. Then they were thrust into another one that was not theirs. They came under attack.

Disorientation set in. In the end they sent a shrieking maniac to the White House.

President Trump is disturbed and growing more so. When he feels cornered, his symptoms run wild. As a narcissist, the thing he finds most intolerable is any suggestion that he cannot get away with whatever he wants. So he tweets: "IT WAS A PERFECT CONVERSATION WITH UKRAINE PRESIDENT!"

Oh, yes, Trump's conversation on July 25 with President Volodymyr Zelensky was impeccable, the way he asked if the new leader could "do us a favor" before raving about "the server" that in his addled mind is somehow in Ukraine and at the center of some political conspiracy he's embraced involving Democrats; the way Trump asked if the new leader could speak with Trump's personal lawyer and the attorney general about any dirt he could gather on former Vice President Joe Biden, a leading Democratic candidate in the 2020 election.

The prelude to all that was Zelensky saying he wanted to buy more defense equipment from the United States. Rough translation of what ensued: If you want weapons, do the favors we want!

"Do us a favor" is English for quid pro quo. That's a Latin phrase now popular with the lackeys of Trump who still insist on calling themselves Republicans. They keep saying, "no quid pro quo," as if that exonerates Trump.

The conversation was indeed perfect — as a basis for impeachment, that is. It was so perfect that, according to the account of the whistle-blower disturbed by the insanity of the Trump White House, senior White House officials "intervened to 'lock down' all records of the phone call."

In English, that's called a cover-up. I'm not sure what it's called in Latin, but I gather Republicans are working on finding out.

Meanwhile, I've been wondering, what is Secretary of State Mike Pompeo up to? You know, he's the guy who gets on so well with Trump and reads him so well, that he's been able to dodge every bullet since Trump took office. He's now been subpoenaed by Democrats to hand over documents relating to Ukraine that were requested weeks ago. Well, yeah.

What does he have to say about Jovanovich's abrupt withdrawal? Why, according to the whistle-blower, does Pompeo have two United States ambassadors trying to explain to bamboozled Ukrainian officials what to make of mixed American messages? What exactly is Pompeo's old Kansas business buddy, T. Ulrich Brechbuhl, up to as a "counselor" in the State Department? (Whether Brechbuhl was on Trump's call, as the whistle-blower suggested, has been disputed.)

Now the shrieking maniac is shrieking louder, shrieking of spies and treason, and a good chunk of the United States will shriek with him. They will redouble their fury against the press, in line with what Trump said at the United Nations this week: "These animals in the press. They're animals actually. Some of the worst human beings you'll ever meet." And, "They're scum, many of them are scum."

Trump also said: "I didn't do anything. I don't know if I'm the most innocent person in the world." He continued: "I just said I'm the most presidential except for possibly Abe Lincoln when he wore the hat — that was tough to beat. Honest Abe, when he wore that hat, that was tough to beat. But I can't do that, that hat wouldn't work for me. Yeah, I have better hair than him."

You heard that right.

The disturbed man with the hair should tune into the Bobby Fuller Four. In the mid-1960s, they did a great version of a song by Sonny Curtis of The Crickets. The chorus goes, "I fought the law — and the law won." It's catchy.