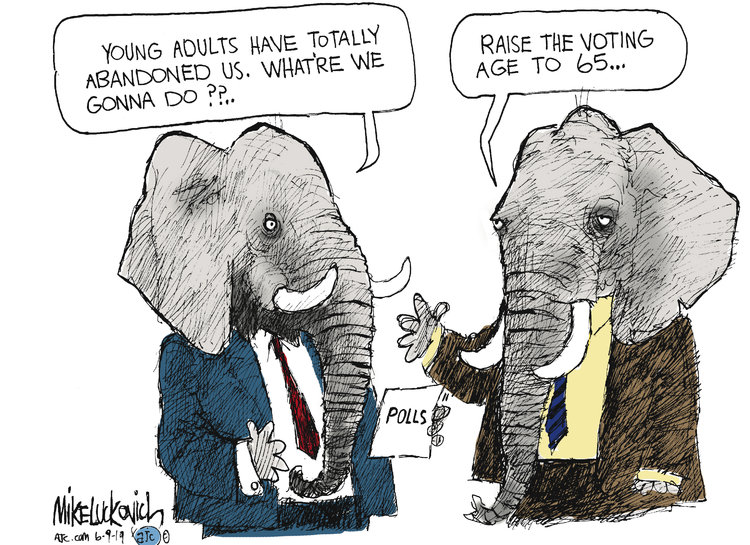 From today's LA Times.   This is what "tuition-free college" means.  It makes sense, and is what California should be doing
Capitol Journal
California can afford to end tuition at state universities
Eliminating the fees would cost only 3% of the general fund budget
CALIFORNIA offered tuition-free college educations for generations until tuition crept onto public campuses in the 1970s. Above, the UCLA campus in Westwood. (Kent Nishimura Los Angeles Times)
GEORGE SKELTON in sacramento
Many people must suffer from math and English deficiencies. They confuse "tuition-free" with "free college."
Stuck in their minds is the false notion that if students don't pay tuition at public universities, they're getting a free ride. That's a flawed concept because it ignores the high costs of housing, books, parking and other expenses of living away from home.
Here are some sample email comments I received after recently writing that Vermont Sen. Bernie Sanders is right, at least about tuition, when he asserts there shouldn't be any at public universities:
"You have to have some 'skin in the game' to make things matter.... Don't make it too easy. It cheapens the value of the experience and doesn't build character."
"Free? Nothing is free. You mean to say let's soak the wealthy more?"
There were lots of those.
And a smattering from the other side:
"It makes sense for us to provide the opportunity to learn, grow and excel in order to have an informed, intelligent and civically minded population."
"Today's tuition is INSANE."
First, millions of Californians from my generation and prior decades attended public colleges in California without paying tuition. Believe me, we had plenty of "skin in the game," valued our diplomas and were grateful to the state — indeed, proud of it.
Second, no, we shouldn't soak the wealthy any more than they're already being soaked by this state. In fact, they should be hammered less in order to make California a more inviting place to invest and create jobs. But that's for another column.
Third, California's tuitions may be "insane" by my generation's standards, but they're a relative bargain: $14,000 including tuition and fees at the University of California and $7,300 at California State University campuses. Private university tuitions can be triple or quadruple UC's.
Tuitions at UC-comparable public universities in other states average $16,000, according to the state Finance Department. They run roughly $18,000 in Michigan, Virginia and Illinois.
Tuitions at Cal State-comparable universities in other states average $11,500.
The truth is that tuition and fees represent only about 25% to 29% of the cost of attending one of the 23 Cal State schools. At UC's nine undergraduate campuses, they average a bit more — about 29% of the total cost, according to university data.
Housing expenses at Cal State range from $10,600 annually at Fresno State to $17,800 at San Diego State, according to the university. Total costs — tuition, housing, books, parking — vary from $24,900 at Stanislaus State to $29,400 at Cal Poly San Luis Obispo. At UC, total costs average $48,700, the university says.
For poor and lower-middle-income students, there's lots of financial help: there are state Cal Grants, federal Pell Grants and campus "institutional aid." Many students get tuition waived.
At my alma mater, San Jose State, 60% of the students pay no tuition. That's great. What isn't great is that the other 40% make up for the funding loss by paying higher tuition. From that 40%, one-third of their tuition goes toward helping to pay the poorer kids' tab.
It's good public policy to waive tuition for poor kids. But the entire public should pay for it through the state general fund.
The notion that the state can't afford free tuition is ludicrous. Sacramento afforded it for generations until tuition crept onto campuses in the 1970s.
"It's not impossible. It's about priority and choices," says state Sen. Steve Glazer (D-Orinda), a San Diego State grad. "You've just got to put the money in."
The state is already paying for some tuition with Cal Grants. To totally eliminate tuition for all California residents would cost an estimated $4.3 billion — $2.5 billion at UC and $1.8 billion at Cal State.
To put that in perspective, it's 3% of the current $143-billion general fund.
Where would we get the money? For starters, we could stop expanding the so-called safety net of entitlements for poor people. Don't like that? Sidetrack the bullet train to nowhere.
There's also an initiative set for the 2020 general election ballot that would raise $6 billion to $10 billion annually by taxing commercial property at market value rather than at lower Proposition 13 rates. The money would go to K-12 schools, community colleges and local governments — but not the universities. That's a serious flaw. Rewrite it and give the universities a chunk.
Why? Because UC and Cal State got badly hurt by Proposition 13. When property taxes dwindled for K-12 schools, the state made up for their loss and cut back on UC and Cal State.
Why eliminate tuition? It's investing in a college-educated workforce that strengthens the economy. And it enhances California's attractiveness as a place to invest, create jobs and live.
Gov. Gavin Newsom and the Legislature are wisely moving toward providing two years of fee-free community college for full-time students. The first year already is fee-free.
At the least, the universities should be tuition-free for aspiring teachers. Good teachers are in short supply — especially teachers of math and English.
george.skelton@latimes.com
--
****
Juan
I'd like to see Paris before I die... Philadelphia will do.
- W. C. Fields
Posted by 1ma2t