Something to Know - 24 September 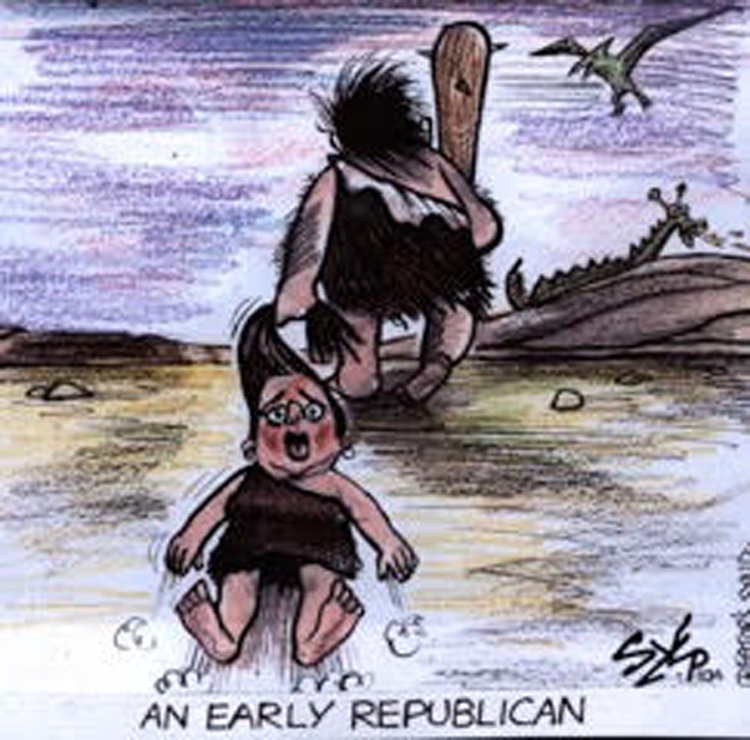 Trump's Growing Legal Team Has a Problem: It's Operating Partly in the Dark

While letting the Senate Judiciary committee and the Kavanaugh matter play out, let's take up the matter of Trump and his legal woes.   #45 is in bad shape.  Most of his close business associates, the ones who were known as his personal attorney and the chief accountant of Trump Inc. are now known as flipped and cooperating.   The legal team he has now hired are all replacements who know nothing first-hand from Cohen or Weinstein, or others who ran the books and funneled the money.   The lawyers who now represent Trump know only what Trump has told them, and that is where the problem lies.  Trump is not known for telling the truth, which is a nice way of saying he is a serial liar.   Sooner or later, the truth will come forward, and Trump is in line to fail the test.

WASHINGTON — Nearly a dozen lawyers now assist President Trump in contending with two federal investigations, one in Washington and one in New York, that could pose serious threats to his presidency and his businesses. But the expanding legal team is struggling to understand where the investigations could be headed and the extent of Mr. Trump's legal exposure.

The lawyers have only a limited sense of what many witnesses — including senior administration officials and the president's business associates — have told investigators and what the Justice Department plans to do with any incriminating information it has about Mr. Trump, according to interviews with more than a dozen people close to the president.

What is more, it is not clear if Mr. Trump has given his lawyers a full account of some key events in which he has been involved as president or during his decades running the Trump Organization.

Another potential problem for Mr. Trump emerged Friday when his former campaign chairman, Paul Manafort, pleaded guilty to corruption charges and agreed to cooperate with prosecutors.

It is not publicly known what, if any, damaging information about the president Mr. Manafort can give prosecutors — Mr. Trump's lawyers insist he has none — but his cooperation brings a new level of uncertainty. Mr. Manafort spent considerable time with Mr. Trump and his family during the 2016 presidential campaign, including attending a meeting with Russians offering negative information on Hillary Clinton, and has had extensive business dealings with Russians close to the Kremlin.

His plea brings to four the number of former close associates of Mr. Trump who have agreed to cooperate with Robert S. Mueller III, the special counsel investigating Russian interference in the election and obstruction of justice by the president. And while Mr. Trump's lawyers insist Mr. Mueller has nothing on their client about colluding with Russia, they are bracing for him to write a damaging report to Congress about whether the president obstructed justice.

The sense of unease among the president's lawyers can be traced, in part, to their client. Mr. Trump has repeatedly undermined his position by posting on Twitter or taking other actions that could add to the obstruction case against him. But those close to the president also blame the strategy pursued by the first head of his legal team, John Dowd, to cooperate fully with Mr. Mueller while negotiating few concessions.

By early this year, the president had concluded that the strategy Mr. Dowd promised would help bring the Mueller investigation to a quick conclusion had failed, and shortly afterward, he was gone.

Mr. Trump's expanded and reconstituted legal team is now dealing far more aggressively with Mr. Mueller. But only in recent weeks, when it was reported that the soon-to-depart White House counsel, Donald F. McGahn II, spent at least 30 hours with Mr. Mueller's investigators, have Mr. Trump's lawyers fully understood just how much of an advantage Mr. Mueller gained because of Mr. Dowd's initial strategy.

Mr. Dowd took Mr. Trump at his word that he had done nothing wrong and never conducted a full internal investigation to determine the president's true legal exposure. During Mr. Dowd's tenure, prosecutors interviewed at least 10 senior administration officials without Mr. Trump's lawyers first learning what the witnesses planned to say, or debriefing their lawyers afterward — a basic step that could have given the president's lawyers a view into what Mr. Mueller had learned. And once Mr. Dowd was gone, the new legal team had to spend at least 20 hours interviewing the president about the episodes under investigation, another necessary step Mr. Dowd and his associates had apparently not completed.

"President Trump has been ill served by a legal team that failed to negotiate access, debrief and prep witnesses, constrain information flow and manage expectations," said Stephen K. Bannon, Mr. Trump's former chief strategist, an opinion shared by many friends of the president's. "He finds himself in a legal mess today because of their incompetence."

New questions about the president's first legal team arose after the journalist Bob Woodward's new book "Fear," was published this month. The book said that Mr. Dowd believed that Mr. Trump was a liar who was not capable of answering questions from Mr. Mueller. And in a meeting with prosecutors, Mr. Dowd said nearly as much, Mr. Woodward reported, telling Mr. Mueller that the president would most likely provide a false statement in an interview.

Mr. Dowd has told associates that he believed the president when he told him he had done nothing wrong, and that he had to cooperate because he would not have prevailed in court if he fought Mr. Mueller's requests to interview witnesses or obtain documents. But he declined several requests to be interviewed about his legal strategy.

In a short email on Monday, Mr. Dowd said: "None of this true. You have been badly misinformed." When asked again if he would get on the phone with reporters, he said, "No thanks."

Rudolph W. Giuliani, the president's replacement for Mr. Dowd, acknowledged that given the benefit of hindsight, "I think I would have done it differently."

"But," he added, "now we can work with the fact that there was such complete cooperation."

Mr. Giuliani said that following a different strategy would have come "if I knew then that Mueller would not keep his word." But he added that Mr. Dowd's efforts "put us in a good position to resist a subpoena because there is no 'particularized need' for the president's testimony."

Mr. Mueller was appointed in May 2017 to investigate links between Mr. Trump's campaign and Russia, but the more time the president has spent in office, the more his legal problems have grown.

Even after Mr. Mueller's appointment, Mr. Trump did things like ask witnesses about what they told Mr. Mueller's investigators and put out misleading statements about contacts between his campaign and Russia, which appear to have deepened the special counsel's examination of possible obstruction.

In April, the president suddenly was confronted with a second legal front. Agents in New York raided the offices of his longtime personal lawyer and fixer, Michael D. Cohen, as part of an investigation into secret payments made during the campaign to silence women who said they had had affairs with the president — a campaign finance violation. In pleading guilty, Mr. Cohen said in court that Mr. Trump directed him to make the payments.

To deal with two simultaneous investigations, Mr. Trump has a patchwork of lawyers divided into separate teams inside and outside the White House, in Washington and in New York. Coordinating the group is Jay Sekulow, a prominent conservative lawyer who also works with Mr. Giuliani to manage the president's perpetual furor over the inquiries.

The more confrontational stance toward Mr. Mueller was enhanced by the hiring in May of Emmet T. Flood, a seasoned litigator who helped defend President Bill Clinton in his impeachment proceedings. Mr. Flood has opposed Mr. Mueller's request to interview John F. Kelly, the White House chief of staff, and the indication from the special counsel's office this month that it would accept written responses from the president on questions about ties between his campaign and Russia was seen as a ratification of the strategy.

Mr. Dowd explained that he had a special bond with Mr. Mueller because they had both served in the Marine Corps, and that he thought he could get him to end the investigation in a matter of weeks. Mr. Dowd said that he thought that he might even get the Justice Department to declare that Mr. Trump was not under investigation.

All the president had to do, Mr. Dowd said, was cooperate with Mr. Mueller. Mr. Trump, often enticed by promises of speedy and simple fixes to complex problems, embraced Mr. Dowd's thinking.

In the months after Mr. Dowd's arrival, Mr. Kasowitz, who had never intended to serve as the president's chief lawyer, saw his influence at the White House wane. Mr. Trump's son-in-law, Jared Kushner, and daughter Ivanka Trump grew wary of him, particularly as Mr. Kushner became a focal point of news articles about where Mr. Mueller's inquiry might lead.

A tipping point for the makeshift team came that July, when The New York Times broke the news of the meeting that Mr. Trump's eldest son, Donald Trump Jr., and other Trump aides, including Mr. Kushner, held during the 2016 campaign with Russians offering dirt on Mrs. Clinton.

The haphazard and misleading response to the news — including a statement dictated by Mr. Trump himself — led to finger-pointing in the Trump camp and to Mr. Kasowitz's departure. And with Mr. Dowd in control, he brought in another longtime Washington lawyer, Ty Cobb, who helped move ahead with the strategy of cooperation with Mr. Mueller by turning over tens of thousands of White House documents.

Mr. Cobb also predicted a quick end to the investigation. "I'd be embarrassed if this is still haunting the White House by Thanksgiving and worse if it's still haunting him by year end," Mr. Cobb was quoted as saying.

But Mr. Dowd's personal relationship with Mr. Mueller never developed, and he began clashing with the special counsel's office over whether Mr. Trump would be interviewed. Mr. Dowd has since said that he believes Mr. Mueller "snookered" the Trump team into cooperating.

In March, Mr. Dowd resigned, telling associates that he disagreed with the president's desire to sit for an interview with Mr. Mueller — one form of cooperation he opposed — and leaving Mr. Sekulow with the task of rebuilding the legal team from scratch, and without knowing many of the details of the case. Mr. Dowd left few notes or files about the case, which had to be recreated months after the fact.

Because Mr. Trump and his advisers had concluded that the only real threat to him was impeachment, Mr. Giuliani was brought in to lead the effort to undermine Mr. Mueller's credibility with the public, while a husband and wife legal team, Jane and Marty Raskin, former federal prosecutors based in Florida, was hired to deal directly with Mr. Mueller's office. To deal with the investigation of Mr. Cohen in New York, Mr. Trump hired Joanna C. Hendon.

And with Mr. Flood brought on to replace Mr. Cobb, who had also departed, a new, more aggressive team had taken shape.

But if the policy of cooperation had ended, the turmoil among the lawyers had not.

Since then, Mr. Trump has had discussions with Mr. Flood about replacing Mr. McGahn. But Mr. Flood is hesitant, in part because that could pull him away from one of the main reasons he initially joined the White House: to represent another president in impeachment proceedings.