Something to Know - 16 September 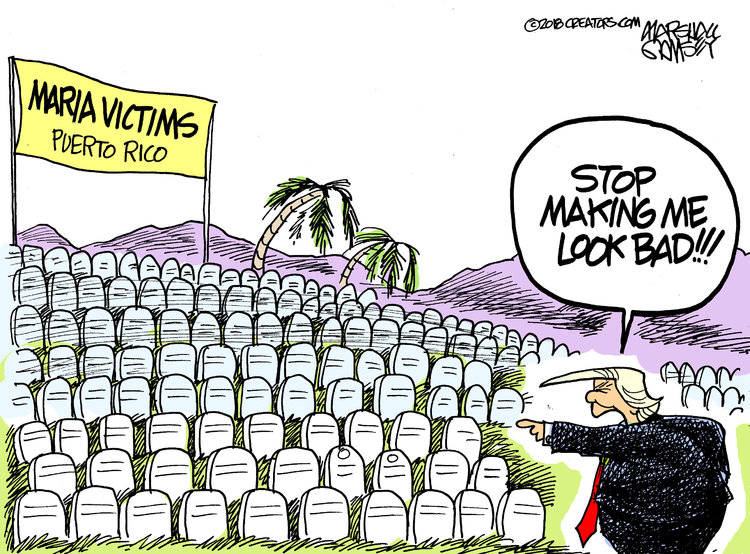 This article is not sent as one more method of piling on poor Paul, but if you are like me and many others, you really have no clear understanding about the nether world of money laundering and dirty money deals.  Most of us consider ourselves as hard-working ethical working folks who are either retired, or really involved in making an honest living.   Tax fraud is shaving reported income or claiming inflated charitable contributions.  Venture into the dark world of international money laundering.  Off-Shore Banks in places like the Caymans, British Virgin Islands, Panama, Switzerland, Ukraine, and Cyprus are red-alerts for the Feds.  I would suggest that close investigation to any and all political operatives, and the president's cabinet who are in the international financial swamp stink of the same international fraud.  Understanding Paul is the first step in understanding Donald:

How a Ukrainian Hairdresser Became a Front for Paul Manafort 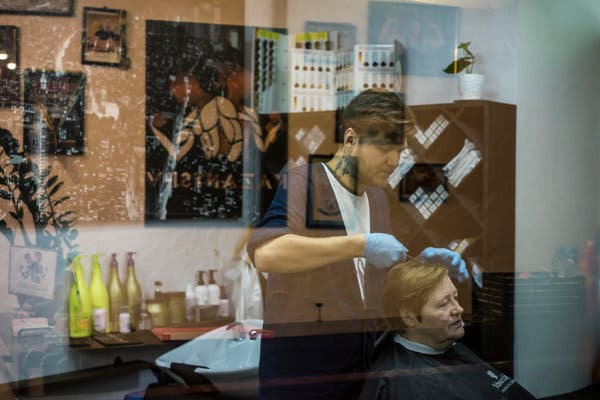 Yevgeny G. Kaseyev at work in Kiev, Ukraine, this month. He said he first became aware of his problem in 2007, when the authorities arrived seeking $30 million in back taxes.CreditCreditBrendan Hoffman for The New York Times

Without his knowledge, he says, unknown individuals set up multiple companies in his name and deposited tens of millions of dollars into those companies' bank accounts.

"Sometimes it seems fun," Mr. Kaseyev, a 34-year-old hairdresser, said with a shrug during an interview. "I'm a secret millionaire."

Until the authorities came calling, that is, seeking $30 million in back taxes.

One of the people who did business with a company opened under Mr. Kaseyev's stolen identity didn't mean anything to him. But the name certainly caught the eye of investigators in the United States: Paul J. Manafort.

Mr. Manafort, who worked for a decade as a political consultant in Ukraine before becoming chairman of the Trump campaign in 2016, made a deal worth hundreds of thousands of dollars with the shell company under the hairdresser's name. It was called Neocom Systems Limited, according to a Ukrainian lawmaker.

This was just one example of the kind of complex financial arrangements that caught the attention of the special counsel, Robert S. Mueller III, and led to Mr. Manafort pleading guilty to criminal charges on Friday in Federal District Court in Washington.

Looking into tax evasion by Mr. Manafort, Mr. Mueller's investigators found a web of offshore companies, some of which had directors who, like Mr. Kaseyev, did not even know their identities were being used.

Mr. Manafort was convicted in August on eight counts of financial fraud and evading taxes on millions of dollars he earned as a consultant for pro-Russia political forces in Ukraine. He avoided a second federal trial by pleading guilty on Friday to conspiracy to defraud the United States, largely through the use of offshore companies, and conspiracy to obstruct of justice.

There is nothing new about Mr. Manafort's use of shell companies to hide and launder money. Nor is it surprising that Mr. Manafort should seek to use the scheme of fake directors, say analysts of Ukrainian corruption. It is a common form of subterfuge in former Soviet states, though hardly unique to them.

But the role — and sometimes the plight — of the people whose identities were used has gone mostly unnoticed.

"It's a frequent problem," Daria Kalenyuk, chief of the Anticorruption Action Center here, said of the directors, who stand to take the fall if prosecutors investigate.

Sometimes the directors are lawyers or victims of identity theft, she said. But usually "it's people who are either alcoholics or in poor health, and who simply sell their passports for about $20."

One of the risks to this scheme is that the fake directors might try to claim the millions held in their names. But Ms. Kalenyuk could not recall one instance of such a claim.

"You need to have some knowledge and education to know how to do that," she said, in the tax havens like Cyprus or the British Virgin Islands, where such companies are typically established.

"Usually, they don't know how to do it," she added. "And even if they did, it's a risky business to take over a company from a powerful businessman engaged in corruption."

The companies set up with Mr. Kaseyev's identity had bland names like April Limited and Neocom Systems Limited. For example, in 2009, Mr. Manafort signed an invoice for $750,000 addressed to Mr. Kaseyev as director of Neocom Systems.

That was news to Mr. Kaseyev when the invoice was first revealedpublicly in 2017 by the Ukrainian lawmaker Serhiy A. Leshchenko. At the time, Mr. Manafort's spokesman, Jason Maloni, suggested that the document might be fraudulent.

Neocom Systems did not come up at Mr. Manafort's first trial, nor was it mentioned in the plea agreement he signed on Friday. But Rick Gates, a former employee who became the star witness for the prosecution, testified that Ukrainian oligarchs had paid millions of dollars to Mr. Manafort through an array of offshore companies with obscure names like Novirex, Firemax and Telmar.

Mr. Kaseyev said he first became aware of his unwitting role in the creation of at least three Ukrainian front companies a decade ago, when the tax police contacted him in 2007 about his purported $30 million tax liability at Regional Insurance Union, a company he had never heard of. His passport had been stolen in a burglary a year earlier.

The scale of unpaid taxes, he said, suggested that there were larger sums moving through the company.

A slender, soft-spoken young man then just getting his start as a beautician, and hence unlikely to have amassed such wealth, Mr. Kaseyev said he was able to quickly convince the police of the identity theft. Yet the companies continued to be used in deals, and one, April Limited, still appears to be open for business, a corporate registry shows.

Some homeless men have achieved a measure of fame among activists who track corruption in the former Soviet states because they pop up so often at the head of multimillion dollar companies.

One man identified in the Ukrainian media as a homeless Latvian named Erik Vanagels has been listed as the owner of hundreds of companies in Britain, Cyprus, Ireland, New Zealand, Panama and elsewhere. Companies in the network also helped finance the private zoo and sprawling estate of the former Ukrainian president, Viktor F. Yanukovych, who was the main client of Mr. Manafort.

Mr. Manafort's finances also intersected with companies of Mr. Vanagels and another Latvian whose name was used as a director, Stan Gorin. Among the murky transactions these companies engaged in was an $18 million deal to sell Ukrainian cable television assets to a partnership called Pericles that put together by Mr. Manafort and financed by a Russian oligarch, Oleg V. Deripaska, according to a Cayman Islands lawsuit and Cypriot corporate records.

In another notable case, the police in Ukraine last year questioned a barefoot man, Arkady Kashkin, who during interrogation accepted their offer of slices of pizza. He turned out to be named as a director of one of several related companies that had bought $1.5 billion in Ukrainian bonds, according to court records.

In that case, first reported by Al Jazeera, Ukrainian prosecutors said that an oligarch who has since fled to Russia, Serhiy V. Kurchenko, was the actual manager of the company registered in Mr. Kashkin's name. A judge fined Mr. Kashkin for willingly allowing his identity to be used in fraud.

Neocom Systems Limited, Mr. Kaseyev's company, which was opened a decade ago in the Central American nation of Belize, surfaced in relation to Mr. Manafort's dealings in early 2017, several months after the longtime Republican Party strategist had been pushed out as Mr. Trump's campaign manager over his Ukraine work.

The invoice had been left in the Kiev office of Mr. Manafort's political consulting business, Davis Manafort International. In the invoice, Mr. Kaseyev's name is transliterated into English as Evgeniy Kaseev.

Mr. Leshchenko, the Ukranian lawmaker, publicized the find after first providing the originals to the F.B.I. Mr. Leshchenko said that the company was a front and that Mr. Kaseyev had no control over its operations.

This was not the first time Neocom Systems had surfaced in a corruption investigation. In a 2012 money laundering and stock fraud case in Kyrgyzstan, the country's central bank listed it as a shell company used for payments by Asia Universal Bank, which was seized by Kyrgyz officials amid money laundering allegations.

It is not clear how much money, in total, passed through that company or through others opened in Mr. Kaseyev's name.

He now spends his days plying his trade at a beauty salon in Kiev for the equivalent of about $8 a haircut. He is also a certified colorist.

The best part of his day, he said, comes from seeing the new "sense of self-confidence" in his clients as they leave his chair, examining their fresh new look.