Something to Know - 27 March

Let's get away from the campaign politics for a while, and look at something that looms larger (yes - YUGE) for our future; the Decline of the Coal Industry.   This is where the Free Market and Capitalism rise up when Science and Moral Indignation fail to convince.  Money that invests in supporting coal mining is going away.   This just may kill off the lobbying of politicians, who are owned and directed by the coal companies.   Of course, the migration to Fracking and its attendant problems opens up another box of problems, but the long reign of King Coal may be over.   I have attached a YouTube of John Prine's Paradise, for those of you who recall his song dedicated to Mr. Peabody's Coal Train:   https://www.youtube.com/watch?v=bDCsc3CU5ww
http://www.nytimes.com/2016/03/27/opinion/sunday/wall-streets-retreat-from-king-coal.html?emc=eta1 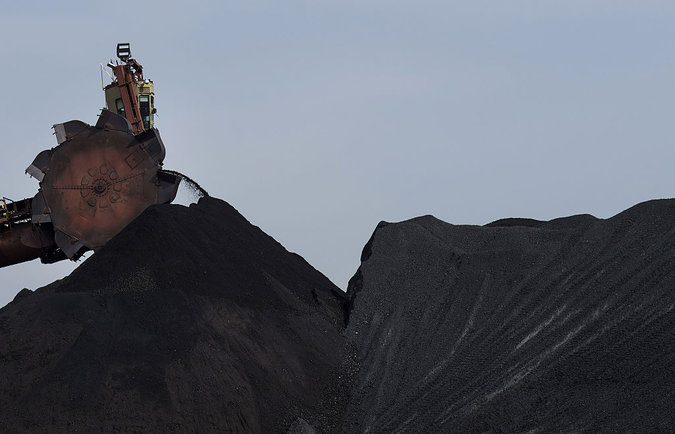 The grave environmental damage from coal-fired power plants has done nothing to deter the Senate majority leader, Mitch McConnell, from decrying a "war on coal" and orchestrating his own war against the Obama administration's climate change agenda. But he and other coal-state Republicans would be foolish to ignore the growing consensus on Wall Street that King Coal, for all its legendary political power, has turned into a decidedly bad investment.

JPMorgan Chase announced this month that it would no longer finance new coal-fired power plants in the United States or other advanced nations, joining Bank of America, Citigroup and Morgan Stanley in retreating from a fuel that provides about one-third of the nation's electricity and accounts for about one-quarter of the carbon emissions that feed global warming.

Cleaner and cheaper natural gas is fast becoming the preferred investment, a blunt marketplace reality that is sure to weaken coal's grip on the planet as much as moral and environmental concerns. Last week's announcementby Peabody Energy, the world's largest private-sector coal company, that it may have to seek bankruptcy protection, just as three other major coal producers have done recently, provided a dramatic confirmation of this trend.

Main Street also seems to be getting the message. Two weeks ago, Gov. Kate Brown of Oregon signed ambitious legislation — agreed to by environmentalists, consumer groups and power producers — that requires the state's two largest utilities to stop importing out-of-state coal-generated power by 2030 and to use renewable energy to meet half of the demand of their customers by 2040. Oregon's only in-state coal-fired plant will close by 2020.

Even so, Mr. McConnell persists in his campaign to block the administration's clean power rule, the centerpiece of Mr. Obama's plans to reduce greenhouse gas emissions by steering power producers away from dirty coal-fired plants to cleaner sources of energy. Ever ready with new and more mischievous strategies, Mr. McConnell has encouraged court challenges to the rule and has gone so far as to tell Republican-led states to ignore it, further deepening his party's sorry retreat into science denial.

Though reeling now, the coal industry insists it will rebound by selling more to markets like China. But this is little comfort to workers who can read the markets better than Mr. McConnell can. Rather than encouraging obstruction, the senator, who received $273,850 in campaign contributions from the coal industry for his 2014 re-election, should be taking the lead in crafting government programs to help the industry, miners and communities as they face a hard period of inevitable transition.

Even as the administration cracks down on coal — in recent weeks it has also suspended new coal leasing on federal lands — it has called for job training and other assistance to ease the pain. These are the types of creative adjustments that Mr. McConnell and his colleagues should be tackling, instead of clinging to King Coal's fading past.