Something to Know - 20 March

The discussion has to get beyond the "horrible Trump", tirades of violence, and the general ugliness of the GeeOpie messes.   We are witnessing the rapid decline of a major political party.  Rather than try and predict the outcome, I think the current lack of will and cowardice within the the GOP is worth mentioning.   As Douthat points out, no one is stepping forward to clean up the pig pen.  It is the classic tail wagging the dog right now:
http://www.nytimes.com/2016/03/20/opinion/sunday/profiles-in-paralysis.html?emc=eta1 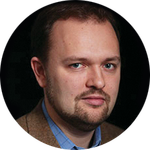 WHEN an old order is in crisis, something distinctive happens to the men who lead it.

A strange paralysis sets in, a curious mix of denial and resignation. W. B. Yeats' famous line about the best lacking all conviction captures part of this, but only part. What really goes missing isn't conviction itself but the capacity to act on it — to adapt swiftly, resist effectively, or both. Instead the tendency is to freeze, like mice under a hawk's shadow, and hope that stillness alone can save you from the talons.

For an unfortunate case study, in this year of Donald Trump's rebellion against the Republican Party as we've known it, look no further than the speaker of the House of Representatives, Paul Ryan.

Ryan is not some corrupt functionary, some time-serving Roman official eating grapes while the barbarians come over the wall. He is an intelligent, principled, ambitious, and effective political operator, with a clear vision for the party that he helps to lead.

That vision is close to the worldview of his late mentor, the Republican congressman Jack Kemp. Kemp was a famous tax cutter, but also thought of himself as a "bleeding heart conservative," a passionate believer in the power of free markets and free trade to lift up the poor and dispossessed. He championed an open door to immigrants, he campaigned for votes in blighted inner cities as well as Sun Belt suburbs, and he believed that conservative principles could ultimately build a pan-ethnic political coalition, purged of racialized appeals.

Ryan has zigzagged during his career, but his Kempian core is clear. He's a pro-immigration free trader, a supply-sider and an entitlement reformer. He favors optimistic rhetoric about the American promise, paired with warnings about the perils of identity politics and the enervating effects of the welfare state. He spent the time between his months on the Romney ticket and his ascent to the speakership in conversations with antipoverty activists, on a Kempian quest for a new, less polarizing welfare reform.

And he has consistently critiqued Trump's most demagogic forays — theproposed ban on Muslim travel to America, the footsie with white supremacists, the violent climate at his rallies — as betrayals of what American conservatism ought to be.

But Trump isn't just a random demagogue promoting bigotry in some haphazard way. He has an agenda and a message, and it's a dagger aimed directly at Ryan's vision for the party. On issue after issue, from trade to immigration to entitlement reform, a Trumpized party would simply bury Ryanism/Kempism under white identity politics, and swing as far from Kemp's enthusiastic minority outreach as the G.O.P. could get.

One reasonable response to this kind of stark challenge, this incipient revolution, would be soul-searching and a course correction. Trump would not have gotten this far, would not have won so many votes — especially working class votes — if the Kempian vision had delivered fully on its promises, if mass immigration, free trade, deregulation and upper-bracket tax cuts had really been the prescription for all economic ills.

Another reasonable response would be clear defiance, in the style of the "never Trump" movement, based on a recognition that in this election conservatism as we've known it could be fighting for its very life, and that if Trump is not repudiated then the American right could be remade in his authoritarian image.

Personally I would favor both: a Republican Party that adapts to Trumpism by absorbing the legitimate part of its populist critique, while also doing everything in its power to resist Trump himself. But if you watch or read Ryan's recent CNBC interview with my colleague John Harwood, you'll see a man who seems unable to go down either path.

Repeatedly Harwood presses him on whether the party needs to change to address the concerns of the blue-collar Republicans who are voting for Trump. And every time, as The Week's James Pethokoukis pointed out afterward, Ryan simply returns to a 1980s-era message: cut spending, cut taxes, open markets, and all will be well. Asked about the possibility that some voters might see those policies as "taking care of people at the top more than you're taking care of me," he responds dismissively: "Bernie Sanders talks about that stuff. That's not who we are."

Yet when he's asked about the threat that Donald Trump obviously poses to "who we are," the speaker — despite his admirable willingness to condemn specific Trumpian outrages — can't bring himself to make a counterendorsement, or voice explicit opposition to Trump's progress. "I have to respect the primary voter," he says. "It's not my decision, it's their decision." And, "We're going to have to work with whoever our nominee is."

So in sum, faced with a potentially-existential threat to his vision of conservatism (not to mention his House majority), Ryan's answer is first, change nothing; second, do nothing.