Something to Know - 5 December

Enough is enough.   What I have to say,  I have now permanently stated at the bottom of this page.   Change will not happen over night.  It will be a slow uphill battle.  This will include taking down the biggest obstacle we face:
http://www.nytimes.com/2015/12/05/opinion/no-more-thoughts-and-prayers.html?emc=eta1

No More Thoughts and Prayers 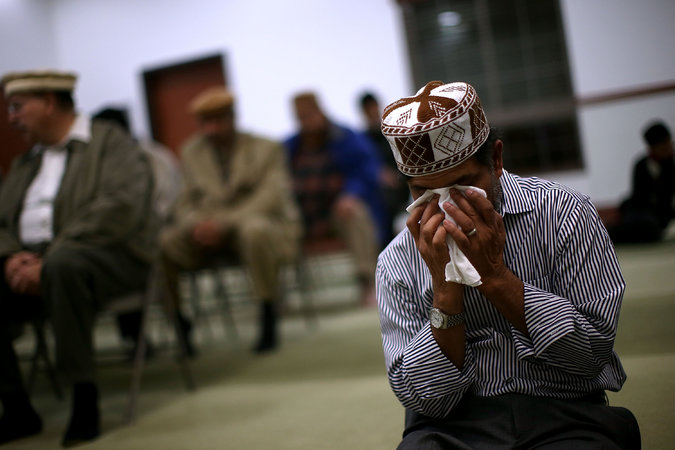 A Muslim man prayed during a vigil at a mosque in Chino, Calif., on Thursday. CreditJustin Sullivan/Getty Images

We never had enough time to rationalize, in the uniquely American way, why that middle-aged white man killed a cop, a mother of two and an Iraq war veteran in Colorado Springs, when the latest slaughter of human life intruded. He was — what, pro-life? Screaming something about "baby parts" while he unloaded in a Planned Parenthood clinic?

Slow down, slow down, the mind wants to say — one absurd mass murder at a time. They all "make sense," eventually. Don't they?

In Colorado Springs, the man arrested in the killings, Robert L. Dear Jr., fit a profile. Here was another bearded introvert who lived at the edge of modernity, his head stuffed full of hate and half-truths. "He claims to be a Christian and is extremely evangelistic," his ex-wife wrote in a court document. "He is obsessed with the world coming to an end." And of course, he had a semiautomatic rifle to go with his delusions.

Well, that's the Colorado Springs story. Got it. The Unabomber, the Atlanta Olympic Park killer, that guy in Tennessee who shot up a church while kids performed a musical — they were domestic crazies of a certain type, the rugged individualist gone mad.How did this malcontent become a domestic terrorist? We'll never know for sure if his withdrawal — to a shack in the South, then a trailer in Colorado — led him further down the path to savagery. But we do know that isolation can breed ignorance. And when people with abhorrent views are not challenged, their hatred only hardens.

But what about San Bernardino? A young man and his wife drop off their 6-month-old baby at Grandma's, and then go mow down a room full of people at a workplace holiday luncheon. His workplace. With their assault rifles, they killed 14 people in several minutes, left another 21 injured. Makes no sense.

I thought, initially, this had to be an anti-government wacko. You know, getting revenge against the system, as represented by all those county workers at a facility for people with disabilities. A Timothy McVeigh type. Except, the co-workers were known to one of the shooters. The victims

were friends with lives and families of their own, not just targets. That makes no sense either.

So, workplace violence? A personal slight that became a seething that metastasized into a commando-style raid at the Inland Regional Center. It happens all the time.

On the surface, the homicidal couple were living the American dream. One, the son of immigrants, with a degree from a California state college, the other, his bride from overseas. Had a good job. But this suburban couple was making pipe bombs and assembling an arsenal to murder people in the country that took them both in, educated one of them, provided him with a good job. The surface life was a mirage.

When we heard the identity of the homicidal couple, Syed Rizwan Farook, and his wife, Tashfeen Malik, another explanation immediately came to mind. They're Muslim. Too much of the most deadly, inexplicable violence in the world today is committed in the name of this religion, and its strain of radical Islam. The shooters are people like Farook, kneeling at prayer in the back of the mosque, kindly and devout. Oh, we never suspected a thing, the imam says. The explanation is tiresome, and increasingly implausible.

What religion would direct a young married couple to shoot up a room that would include members of their own faith? Farook was "radicalized," we are told. And his wife, officials say, had pledged allegiance to the barbarians of the Islamic State. With that information, it made sense. Once a radical, no longer a human being.

And politicians of another cowardly type will refuse to see that hundreds, maybe thousands of the world's 1.6 billion Muslims find justification for mass murder of innocent people in their holy book.The village of victims, their best friends, the children who lost parents, the parents who lost adult children, they can clench their fists and cry. We all know the ritual by now. Politicians of one cowardly type will say their "thoughts and prayers" are with you. What garbage. Better to say nothing at all.

"Your 'thoughts' should be about steps to take to stop this carnage," tweeted Senator Chris Murphy of Connecticut. "Your 'prayers' should be for forgiveness if you do nothing — again."

A day after the California carnage, the Senate decided to do nothing, again, voting down a measure that would have made it more difficult for people on the terror watch list, felons and the mentally ill to buy guns.

By next week, with the professional football playoff picture starting to take shape, and the holiday festivities in full swing, we'll have this San Bernardino thing figured out. And we'll hope that it doesn't happen again tomorrow. But it will happen tomorrow — on average, one multiple-victim shooting a day. Every day. It will make sense in the only country where mass killings make sense.