Something to Know - 7 December 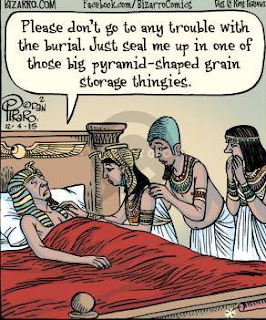 The dialog on guns and violence will always be ongoing.  I noticed a comment by a gun owner, who is very adamant on following the 2nd Amendment NRA line that nothing can violate the sanctity of owning any kind of firearms, while keeping unrestricted anonymity on anything that pertains to weapons (who owns them, who buys them, who sells them, and anything about the ammunition).   The comment made was that one cannot infringe on anything to do with HIS owning of guns.  That to me is a very selfish attitude.  It is his guns that he is worryied about.  Not one word is mentioned about the ownership by those who should not have anything to do with having weapons.  "Those people" are not his problem:

Hysteria About Refugees, but Blindness on Guns 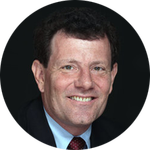 LESBOS, Greece — For three weeks American politicians have been fulminating about the peril posed by Syrian refugees, even though in the last dozen years no refugee in America has killed a single person in a terror attack.

In the same three weeks as this hysteria about refugees, guns have claimed 2,000 lives in America. The terror attacks in San Bernardino, Calif., and at the Planned Parenthood clinic in Colorado Springs were the most dramatic, but there's an unrelenting average of 92 gun deaths every day in America, including suicides, murders and accidents.

So if politicians want to tackle a threat, how about developing a serious policy to reduce gun deaths — yes, including counterterrorism measures, but not simply making scapegoats of the world's most vulnerable people.

The caricatures of Syrian refugees as jihadis who "want to kill us," as one reader named Josh tweeted me, are unrecognizable to anyone who spends time with these refugees. I think some of the harshness might melt if readers could stand with me on a beach here in Lesbos and meet the refugees as they arrive on overloaded rubber rafts after a perilous journey. The critics would see that Syrian refugees are people like us, only wet, cold, hungry and exhausted.

If you think me naïve, meet a 16-year-old Syrian boy here whom I'll call Ahmed. He lived in a part of Syria controlled by the Islamic State and decided to flee to the West after, he says, he was flogged by ISIS bullies.

Ahmed had to leave his family behind, and he can't contact them directly for fear of getting them in trouble. I'm not sharing his real name or hometown, to avoid harming his family, but his relatives who have also fled confirmed his account.

Schools have been suspended since ISIS moved into the area, so Ahmed found a job in a pharmacy. When he ran out of a medicine one day, he went to borrow some from another pharmacy — but that was run by a woman, allowed to serve female customers only. Ahmed was arrested.

"They wanted to chop my head off because I spoke to a woman," Ahmed explained.

Eventually, he was released, but Ahmed has seen more beheadings then he can count. The executions take place every Friday in the town square, and all the people are summoned to watch the swordsman do his work. The bodies are left on public display, sometime in a crucifixion position.

"If someone didn't fast during Ramadan, they put him in a cage in public to starve for up to three days," Ahmed added. Ahmed himself was accused of skipping prayers and sentenced to 20 lashes. A Saudi man administered the flogging with a horsewhip.

After that, Ahmed's family members gave their blessing to his flight because they feared that he might be forced into the ISIS army.

So what should I tell this 16-year-old boy who risked his life to flee extremism? That many Americans are now afraid of him? That the San Bernardino murders may only add to the suspicion of Syrian refugees? That in an election year, politicians pander and magnify voter fears?

Here in Lesbos, the fears seem way overdrawn. Some of the first aid workers Syrian refugees meet when they land on the beach are Israeli doctors, working for an Israeli medical organization called IsraAID. The refugees say they are surprised, but also kind of delighted.

"We were happy to see them," said Tamara, a 20-year-old Syrian woman in jeans with makeup and uncovered hair. The presence of Jews, Muslims and Christians side by side fit with the tolerance and moderation that she craved.

Iris Adler, an Israeli doctor volunteering with IsraAID, said the refugees were often excited to receive assistance from Israelis. "We are still in close touch with many of them," she said, including a mother whose baby she delivered on the beach after landing. Hostility to Israeli aid workers, she said, came not from refugees but, rather, from some European volunteers.

Historically, we Americans have repeatedly misperceived outsiders as threats. In 1938 and again in 1941, one desperate Jewish family in Europe tried to gain refugee status in the United States but failed, along with countless thousands of others. That was Anne Frank's family.

So while it was the Nazis who murdered Anne, we Americans were in some sense complicit.

"We're facing a great threat from Islamic extremists like ISIS, and we need to be smart about how we confront it," said Peter Bouckaert of Human Rights Watch, who has focused on refugees. "By humiliating and rejecting those who are fleeing from ISIS, we create a sense of anger in much of the Middle East. The ultimate outcome of rejecting Syrian refugees is a propaganda victory for ISIS."

If politicians want to tackle a threat to our safety, they might cast an eye not far off on desperate refugees but closer to home — on potential terrorists and also on guns. It's absurd that the Senate refused to block people on the terror watch list from buying guns; suspected terrorists can't easily board planes but can buy assault rifles? Presidential candidates and governors should stop fear-mongering about refugees: After all, 785,000 refugees have been admitted to the United States since 9/11 and not one has been convicted of killing a person in a terrorist act in America.

"We, too, are human, and we have a right to live," an 18-year-old woman named Rahaf, who wants to be a lawyer, told me on a drizzly day in a camp here. "We're not terrorists. We're running away from war. I just want to have children who can grow up in peace.