Something to Know - 5 July

This NY Times op-ed offers a fresh, and successful, look at combating gun and gang violence in crime-infested cities.  For many, it is a difficult concept to accept.  However, it is ridiculously cost-effective and any city in need would find it worth its adaptation:
http://www.nytimes.com/2015/07/05/opinion/sunday/to-stop-crime-hand-over-cash.html?emc=eta1

To Stop Crime, Hand Over Cash 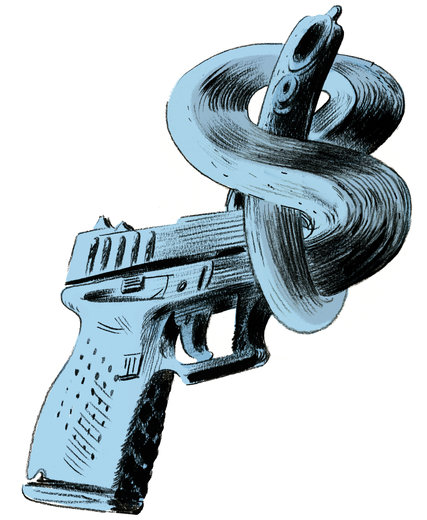 Richmond, Calif. — IN 2007, this city of about 100,000 people, north of Berkeley, had the dubious distinction of being the ninth most dangerous in America. That year saw a total of 47 homicides. In some neighborhoods, gunfire was almost a daily event.

At one point, the City Council considered asking the governor to declare a state of emergency and send in the National Guard. Instead, in 2007, the city created the Office of Neighborhood Safety. (I am the founding director.) Our mission was simple: to tackle this epidemic of gun violence that was killing so many young men, mostly in our minority communities.

We modeled our approach on "Cure Violence," a community outreach program in Chicago founded by the epidemiologist Gary Slutkin. The Chicago project evolved from the Operation Ceasefire program begun in Boston in the mid-1990s, since replicated in scores of cities across America. Many of these were successful at reducing gun violence, but we felt that they were too law-enforcement-driven and lacked the social services to help the most vulnerable in our neighborhoods.

The young people on the streets saw Ceasefire as a police initiative and little more. These were the young men who became our clients, those whom we'd identified as especially at risk — either of being a shooter or of being shot.

A police liaison officer told us this startling fact: An estimated 70 percent of shootings and homicides in Richmond in 2009 were caused by just 17 individuals, primarily African-American and Hispanic-American men between the ages of 16 and 25.

We employed street-savvy staff members, whom we called neighborhood change agents. Think of their work as a kinder version of stop-and-frisk, more like stop-and-blend with the profile subjects, to build healthy, consistent relationships with those most likely to shoot or be a victim of gunfire.

Once we'd identified the city's potentially most lethal young men, we invited them to a meeting (the first was in 2010). Then came the big innovation of the Operation Peacemaker fellowship program. We offered those young men a partnership deal: We would pay them — yes, pay them — not to pull the trigger.

The deal we offered was this: If they kept their commitment to us for six months — attended meetings, stayed out of trouble, responded to our mentoring — they became eligible to earn up to $1,000 a month for a maximum of nine months.

Predictably, this was controversial: Not everyone was a fan of this cash-for-peace strategy. We had skeptics and critics aplenty, including on the City Council. It was a bold measure, but would it work?

Shyeed, age 19, was one of Richmond's most wanted. He had been tutored by his father and uncles to regard south Richmond as his. Like all sides in the confused gang wars, he had lost comrades and felt obliged to avenge them.

For Shyeed to attend was a coup for us. He was respected. As another would-be fellow said, "Shyeed don't fear pulling that trigger." When I saw him walk into that first meeting, I had imagined him bigger, harder-looking, mean and cold. Instead, he was small and had a great smile.

He was wary at first. Either I was police (because of my haircut), he thought, or a "big pimp" because of my "fine threads." Either way, he quipped, "Show me how to do you."

The idea of a cash incentive to change behavior is not hard to grasp. The social context for our prospective fellows was a laundry list of deprivation and dysfunction: high unemployment, fragmented families, inadequate education and a heavy dose of substance abuse. The proportion of families living below the poverty level in the neighborhoods where we focused our efforts was 25 percent — nearly double the average rate in Richmond.

In most other cities, the law enforcement response to high rates of firearm assaults is stuck in a destructive cycle of police sweeps and mass incarceration. That strategy costs taxpayers a great deal, for little return. In many municipalities where gun violence is significant, the city's public safety expenditure can be a considerable burden on the overall city budget. That is not sustainable.

Nationally, it is estimated that in 2012 gun violence cost more than $229 billion. The average cost to taxpayers of every gun homicide in America is nearly $400,000.

In contrast, the costs of our program were modest. In practice, we have rarely needed to pay the full amount offered under the terms of our deal: Just over half our fellowship participants receive payments, usually in the $300 to $700 range. So if our program prevented gun deaths, there could be little argument about cost-effectiveness.

It did. In the first year of Operation Peacemaker, homicides in Richmond fell to 22 (from 45 in 2009). In five years of our program, through 2014, we have seen the number of homicides in Richmond, which had averaged 40 a year, more than halved; firearm assaults in general fell by a similar proportion.

In reality, we've achieved these results not simply by the cash incentive. Our change agents work with about 150 clients a year, at a cost of about $20,000 per person, which pays for daily mentoring, coaching and companionship. By comparison, it costs our city about $200,000 to hire one new police officer.

Not all of our fellows become model citizens overnight, but the results go beyond fewer shootings. More are in school or in jobs; there is more parenting, less drug use. And some have gone on to participate in other programs that are improving their prospects and our neighborhoods. I hope more cities will copy Richmond's program. Encouragingly, the city of Oakland is incorporating some elements of our fellowship in its Operation Ceasefire work.

Shyeed's mother once told me that "the only time I thought that I'd see him in a suit was at his funeral." He had never owned a suit before the fellowship. Shyeed himself told me that he wanted to be around to see his own, newborn son grow up.

When Shyeed agreed to participate in the fellowship, it made it easier for others to do so, too. He now has a full-time job in maritime fire and rescue, but still serves as an ambassador for us. And when he renounced gun violence, his loyalty shifted over to our counselors: "I didn't want to let them down."

If we seriously want to reduce gun violence — in Richmond or any other city — it is young men like Shyeed who must spearhead that transformation.

Devone L. Boggan is the neighborhood safety director for the city of Richmond, Calif.

America is the only country where a significant proportion of the population believes professional wrestling is real but the moon landing was faked.