Something to Know - 22 January

Continuing with a past subject regarding the cost of being poor, here is another op-ed opinion from Charles Blow of the NY Times.    It is almost a universal fact that those in the world who are regarded as the poorest also live in the least desirable real estate.   Landfills, waste treatment and disposal, plain old dumps, and industrial stink are not places anyone likes to live by.  However, people do, and the subject of this story is about them.  Now, it can be debated if the people live there because this is the most affordable housing, or because the ordinances are easier to pass that allow for the development of toxic centers to be built.   That is not the subject here.   The fact is that the health cost in exposure to the toxicity is higher than other locations.  People may not be able to afford to move away, but the cost in a lower quality of life and a shorter life is a reality.  However, as the toxic cloud grows larger, and moves with the wind, we all suffer:
http://www.nytimes.com/2015/01/22/opinion/charles-blow-inequality-in-the-air-we-breathe.html?emc=eta1

Inequality in the Air We Breathe? 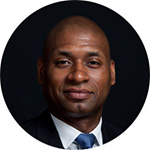 I grew up in the small town of Gibsland, in northern Louisiana. It is dirt poor, but proud. And it's an overwhelmingly African-American community.

(There are fewer than 1,000 people in Gibsland; more than 80 percent of them are black; the median household income is $27,292, little over half the national average of $51,939; and the poverty rate is 28 percent, compared with the national rate of 15 percent.)

My mother, one of my brothers and a raft of relatives still live in Gibsland. Another brother moved to the next town over, Minden, a big city relatively speaking (it has 13,000 people), where he is a high school teacher. Minden, just west of Gibsland, is also majority African-American and relatively poor — 55 percent of the residents are black, the median household income is $30,411 and 24 percent of the residents are poor.

But wait, it gets worse.For years, one of the largest employers in that area was the Louisiana Army Ammunition Plant, about four miles from Minden. The Environmental Protection Agency eventually listed the plant as a Superfund site because for more than 40 years "untreated explosives-laden wastewater from industrial operations was collected in concrete sumps at each of the various load line areas," and emptied into "16 one-acre pink water lagoons." It was determined that the toxic contamination in soil and sediments from the lagoons was a "major contributor" to toxic groundwater contamination.

When the plant ceased production, as The Times-Picayune of New Orleans pointed out, "the Army awarded now-bankrupt Explo Systems a contract in 2010 to 'demilitarize' the propellant charges for artillery rounds" on the site. The company conducted "operations" there "until a 2012 explosion sent a mushroom cloud 7,000 feet high and broke windows a mile away in Doyline," another small community in the area.

But wait, it gets worse.

According to The Shreveport Times, "investigation by state police found the millions of pounds of propellant stored in 98 bunkers scattered around" the site. It turned out that when Explo went bankrupt, it simply abandoned the explosives, known as M6. Now there was a risk of even more explosions, so there was need for a plan to get rid of the M6, and quickly.

But wait, it gets worse.(By the way, Shreveport is the largest city near the site, and it, too, is majority black, has a median household income well below the national average and a poverty rate well above it.)

"After months of bureaucratic disputes between the Army and state and federal agencies, the Environmental Protection Agency (E.P.A.) recently announced an emergency plan to burn 15 million pounds of M6 — up to 80,000 pounds a day over the course of a year — on open 'burn trays' at Camp Minden, a disposal process that environmental advocates say is outdated and has been outlawed in other countries. The operation would be one of the largest open munitions burn in U.S. history."

"The E.P.A. says this is a safe way to destroy the propellant. I strongly disagree with their decision and their safety statement. I have over 42 years of environmental experience and can say without a doubt the open-tray method is not safe. The E.P.A. has produced no data to the safety of such a burn and repeatedly ignores requests for such data from media, citizens, state officials and environmental professionals. In addition to the air contamination risk, we have three other issues: explosive detonation, groundwater contamination and soil contamination."

And yes, again, it gets worse.

"It's expected to be the nation's largest open burn in history. And now, it seems there's even more explosive material at Camp Minden than we all previously thought. We've all heard the number 15 million pounds of explosives, but documents from the E.P.A. show there's millions more pounds."

This week, a group of "71 social and environmental justice organizations" across the country sent a letter of protest to the E.P.A.'s assistant administrator Cynthia Giles, saying in part:

"By definition, open burning has no emissions controls and will result in the uncontrolled release of toxic emissions and respirable particulates to the environment."

Feeling the pressure from local citizen and environmentalist rightly concerned about the immediate and long-term health implications, the E.P.A. recently delayed the burn by 90 days to allow the state's department of environmental quality and the National Guard to "select their own alternative for disposing of the explosive material," according to The Times-Picayune.

Still, these little places in the woods aren't yet out of the woods. It's still not clear what will eventually happen with the explosives.

We have to stop and ask: How was this allowed to come to such a pass in the first place? How could this plant have been allowed to contaminate the groundwater for 40 years? How could the explosives have been left at the site in the first place? How is it that there doesn't seem to be the money or the will to more safely remove them? Can we imagine anyone, with a straight face, proposing to openly burn millions of pounds of explosives near Manhattan or Seattle?

This is the kind of scenario that some might place under the umbrella of "environmental racism," in which disproportionately low-income and minority communities are either targeted or disproportionately exposed to toxic and hazardous materials and waste facilities.

There is a long history in this country of exposing vulnerable populations to toxicity.

More recently, in 2012, a study by researchers at Yale found that "The greater the concentration of Hispanics, Asians, African-Americans or poor residents in an area, the more likely that potentially dangerous compounds such as vanadium, nitrates and zinc are in the mix of fine particles they breathe."

Among the injustices perpetrated on poor and minority populations, this may in fact be the most pernicious and least humane: the threat of poisoning the very air that you breathe.

I have skin in this game. My family would fall in the shadow of the plume. But everyone should be outraged about this practice. Of all the measures of equality we deserve, the right to feel assured and safe when you draw a breath should be paramount.

Technological progress has merely provided us with more efficient means for going backwards.