Something to Know - 10 December

This morning, the media is full of articles, stories, and opinion regarding the release of the Senate Report on Torture by the CIA.   There is just too much to try and pass on right now.   All I can say is that those who were  too close to the operation lost sight of our values as Americans.   I am both amused and dismayed by those who say nothing was wrong.  Chew on this as an appetizer: 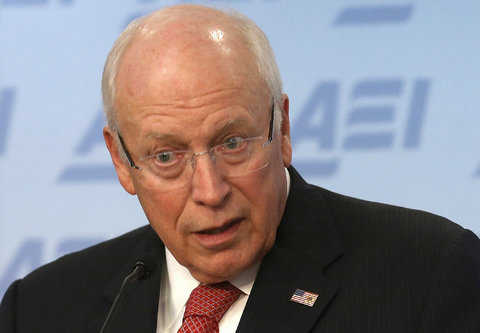 The publication today of a censored summary of the Senate Intelligence Committee's investigation into the use of torture at C.I.A. prisons has brought war-crime apologists out from under their rocks.

Chief among them is former Vice President Dick Cheney, one of the all-time great prisoner abuse enthusiasts. Even before the report was issued, Mr. Cheney was telling The New York Times on Monday that torturing prisoners was absolutely the right thing to do and that everything the C.I.A. did was authorized.

"What I keep hearing out there is they portray this as a rogue operation, and the agency was way out of bounds and then they lied about it," Mr. Cheney said in a telephone interview. "I think that's all a bunch of hooey. The program was authorized. The agency did not want to proceed without authorization, and it was also reviewed legally by the Justice Department before they undertook the program."

President George W. Bush and Mr. Cheney do bear direct responsibility for the atrocities at C.I.A. prisons after the 9/11 attacks. But Mr. Cheney conveniently left out that the Senate investigators found that the C.I.A. lied to the Justice Department's Office of Legal Counsel about the program.

Mr. Cheney went on to claim that the torture and abuse of prisoners had produced valuable, timely intelligence, when all the evidence is to the contrary.

Representative Mike Rogers, Republican of Michigan, said releasing the report was a "terrible idea," because it would put Americans in danger. "Our own intelligence community has assessed that this will cause violence and deaths," he said, conveniently ignoring that it's in the intelligence community's interest to make such a prediction.

Mr. Rogers is chairman of the House Intelligence Committee, which has done absolutely nothing to shed light on this dismal chapter in American history. It's specious to argue that transparency about torture, rather than torture itself, is to blame for any future retaliation.

Let's be clear, the acts committed against the C.I.A.'s prisoners — no matter how murderous and awful some of those prisoners were — were disgusting and inexcusable. They violated all kinds of American and international laws against torture.

Just listen to Mr. McCain, who praised the release of the report. Torture, he said, "damaged our security interests as well as a reputation as a force for good in the world."

"The truth is sometimes a hard pill to swallow," he said. "The American people are entitled to it nonetheless. They must be able to make judgments about whether these policies and personnel who supported them were justified in compromising our values."