Something to Know - 11 December

As expected, the response and detritus expelled from the mouths of those responsible for the oversight and operation of the CIA Torture is both amusing and terribly sad at the same time.   The FOX hounds and friends are on a new hunt to parry and deflect the report's findings.  The Republicans, save for a particularly brave and patriotic exception by Senator John McCain, are all rallying behind claims of bias that the report is nothing more than something made up to have the Republicans (Bush, Cheney, etc) look bad.  There is nothing in what is said that they take ownership of the actions, committed in the name of the United States of America and its people.   It is the report and the preparation of the report that is the problem, in their mind.   Really?   How sad.  In the same way that I, or we, feel insulted by the lack of Justice in the murder of Michael Brown and Eric Garner, there is the same revulsion sensed by those who would "torture in a minute".  This behavior is worse than the actions of The Inquisition, and the Nazis.  Why is it worse....?  Because we become less of a nation - a nation that claims to be the paragon of Democracy and Justice for All - as we slide into the scum beneath those who we claim are our enemy.   We should not allow ourselves to be defined by a group of Grumpy old Ugly people who think and do bad things.    On a separate note, I want to apologize for my error in sending out my email of yesterday, where I put every one's address on the cc: line instead of the bcc: line.   I know of the hazard of doing so, and will see that it does not happen again.
http://www.nytimes.com/2014/12/11/opinion/gail-collins-its-cruel-its-useless-its-the-cia.html?emc=edit_th_20141211&nl=todaysheadlines&nlid=2318049&_r=0 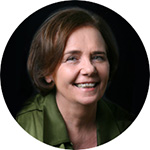 We learned a lot from that big Senate Intelligence Committee report on C.I.A. interrogation tactics after 9/11. It was what may be the first time in American history that the term "rectal hydration" appeared in family newspapers throughout the land.

One of the most unnerving parts involves the fact that the waterboarding, ice baths and wall-slamming were conducted under the direction of an outside contractor. It isn't the first time the government turned to private enterprise and wound up with a human rights disaster — think Abu Ghraib. Or Blackwater. But this seems like an excellent place to demand a cease-and-desist.

Mitchell and Jessen had acquired their expertise by teaching Air Force officers how to resist brutal Cold War-style interrogations. Think pilots who get shot down behind enemy lines and get tortured by Communists. And for all we know, they may have done a great job showing their pupils how to withstand pressure to record a statement denouncing the United States when they crash land in North Korea.

But it's not precisely the same thing as trying to get a suspected Al Qaeda operative to tell you where Osama bin Laden is hiding. Plus, Mitchell and Jessen had no experience as actual interrogators, did not speak any of the detainees' languages and had no particular knowledge about Islam or Al Qaeda.

They did have some theories about other psychologists' work subjecting dogs to random electric shocks until their will to resist was completely broken. Maybe, the two men thought, you could torment human beings into the same state of "learned helplessness." Worth a try, right? Mitchell and Jessen set about applying the theory to prisoners the C.I.A. had collected. Some of them had already been cooperating with interrogators. Others turned out later to have had no involvement with Al Qaeda whatsoever.

Others, undoubtedly, were bad people with information the C.I.A. needed, who had resisted talking under nonviolent interrogation. The question then becomes whether they cooperated better under "learned helplessness" or simply made up stories to placate their torturers and send the C.I.A. off in the wrong direction.

There's a lot of precedent for the making-up approach. During World War II, an American pilot was shot down over Japan just after the Hiroshima attack and was tortured repeatedly for information about the atomic bomb, of which he knew nothing. Threatened with beheading, the pilot told his captors that the U.S. had 100 atomic bombs and that Tokyo was next on the target list. The bogus information was immediately shared with the war minister and the Japanese cabinet.

The Intelligence Committee report concludes that all the torturing produced very little information that was useful and possibly quite a bit that was made-up. While we would love to believe that the human rights angle would be most effective in shocking the American people, polls show that when it comes to suspects with possible terror involvement, the public attitude toward torture is kind of meh. So, wisely, the committee's big point was useless/counterproductive.

"It's wrong enough that one shouldn't do it period. But wrong and useless is a tough combination," said Senator Sheldon Whitehouse of Rhode Island. He was on the Intelligence Committee when the report was being prepared and now leads a Judiciary subcommittee on crime and terrorism.

What made the C.I.A. decide that these guys were a good plan? Have they not watched "Homeland" this season? (Ever since Saul left the C.I.A. to become a private consultant, he's been a disaster.) "I do think there's something about the culture of purchase: 'We don't have the answer, but we can buy it,' " said Baher Azmy, the legal director at the Center for Constitutional Rights.And why the private contractors? Maybe because the actual government interrogators didn't believe torture worked either. Some complained that, after Mitchell and Jessen arrived, reasonably cooperative prisoners were suddenly brutalized under the theory that the original approach had been too "sissified."

Tim Shorrock, the author of "Spies for Hire," believes it's just a way to hide things: "The activities of contractors are so easy to conceal in budgets."

Naturally, defenders of the C.I.A. are rising up to challenge the report's findings. The Associated Press got hold of James Mitchell himself, who said that the report was "just factually, demonstrably incorrect," then declined to say exactly what the inaccuracies were.

Citing a secrecy agreement with the C.I.A., Mitchell didn't share much else, except that being waterboarded was still better than being killed by a drone.

A version of this op-ed appears in print on December 11, 2014, on page A33 of the New York edition with the headline: It's Cruel. It's Useless. It's the C.I.A.. Order Reprints| Today's Paper|Subscribe