Something to Know Plus Andy Borowitz - 3 September 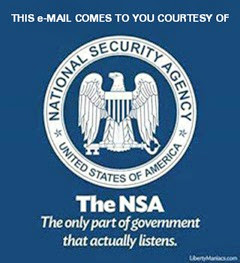 WASHINGTON (The Borowitz Report)—As the debate over Syria moves to the United States Congress, a leading Senate Republican said today that the only way to resolve the crisis in the war-torn Middle Eastern country is by "defunding Obamacare at once."

Appearing on the Fox News Channel, Sen. Ted Cruz (R-Texas) told host Sean Hannity, "If we're trying to send a strong message to [Syrian President] Bashar al-Assad, I can think of no better way to do that than by defunding Obamacare."

Elaborating on his strategy, Sen. Cruz added, "By defunding Obamacare, we would basically be saying to Assad, 'This is how we attack our own President, so just imagine what we'll do to you.' That would make him think twice before he pulls another one of his stunts."

"You can fire off as many Tomahawk missiles as you want," said Sen. Cruz. "But they won't have the same impact on Syria as defunding Obamacare."

Shortly after his appearance, Sen. Cruz's statements drew a sharp rebuke from a fellow Republican, Arizona Senator John McCain, who called the prospect of bombing Syria "the only thing I have to live for."

"Look, I've been in a very dark place since the 2008 election," Sen. McCain told reporters. "There have been a lot of mornings when, quite frankly, I haven't had a reason to get out of bed. It's all well and good for people like Ted Cruz to criticize Tomahawk missiles, but hitting Syria is all that's keeping me going."

1.  It is difficult to make any definitive commentary on the positions of politcos, since the stuff that flows from the mouths is changing and unpredictible now.  So this is what the NY Times said this morning, before McCain sided with Obama....and before Boehner shifted to that side as well:


2.  So, here is the New Yorker (not to be confused with the Andy Borowitz format).  Enjoy it, and then wait for the end of the day to see who goes to which side, and back: