Something to Know - 26 October

Watching snippets of the Fetterman - Oz debate on the news this morning was not easy.   This would normally be a "debate" between two people running for the office of Senator of the State of Pennsylvania.   But it wasn't.  The media and pundits were focusing our attention on whether candidate Fetterman, a recovering stroke survivor, could function under the spotlight and attention on his motor skills under the glare of close inspection.   It was hard to watch, especially the time gap from the asking of a question to Mr. Fetterman's delay as he processed the closed caption question on a display monitor, and then his answer.   I could not endure the TV news coverage, as I switched from one news program to the next; so I turned it all off and switched to my local KUSC classical music on FM radio.   After I relocated both my music and my reading on the desktop to my tiny "office" to process all of my emails and internet sources, my mind had to dwell on why I felt so uncomfortable.   I really felt that Fettermen would be judged unfairly.   He is recovering from a medical event which occured within the last 5 months, and his doctors say that he is fit to be an elected Senator.   Public opinion, steered by his opposition, suggests that he may not be up to the task.   Public opinion could also benefit from becoming more educated about strokes and recovery.   A recovering Fetterman is a way better candidate than his opposition.   I was motivated to write this story today because I, too, experienced something like Fetterman about 6 months ago, and came away with knowing that I have a very tiny aneurysm in my brain, and that I am a whole lot better now than I was back in April.   The learning experience of the event and subsequent education on the subject has helped me.   When all is said and done, you soon realize that there are millions of people who have had strokes, and yes, they can be fatal and have long-lasting debilitating effects, but there are healthy survivors as well.   This article from the NY Times, may assist on understanding what strokes are, how they vary, and how life goes on:
OPINION

What Everyone Should Know About the Brain's Ability to Heal 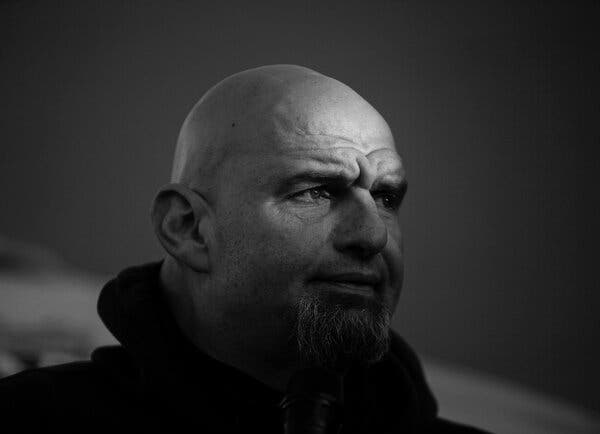 Dr. Taylor is a neuroscientist who has experienced a severe stroke.

Our brains are made up of billions of cells that work together to create our every ability. I can make sounds and speak words because those cells in my brain are wired up and functional. You can understand me when I speak because those cells in your brain are online and working. You are using specific groups of cells right now to translate the letters on the screen or the page into words with meaning.
Wipe out those cells, through a stroke or other brain trauma, and you may no longer be able to read, but you might still be able to speak, sing or write. It's all about where the brain is damaged — which systems of cells are traumatized and which are not.
Take the much-discussed case of the Senate hopeful John Fetterman, who after a stroke has retained the ability to read, think and respond to questions but has not yet completely recovered. He has stumbled over words and has experienced difficulty in auditory processing — an issue that many people will be watching closely at his debate against his challenger, Mehmet Oz, on Tuesday. To bypass the wounded cellular circuits, Mr. Fetterman is choosing to use tools like closed captioning in some interviews to read questions as they are asked.
I can share from personal experience what having a problem with auditory processing feels like. It's like there's a small delay between what you hear and your ability to understand the meaning of what was said. Twenty-five years ago, when I was 37 years old (your brain might be both reading and calculating my age right now), I experienced a major hemorrhagic stroke in the left half of my brain. Within a few hours I could not walk, talk, read, write or recall any memories of my life. I had instantaneously become an infant in a woman's body.

Stroke is a major cause of disability in the United States, where more than 795,000 people will experience one each year. It would behoove our society to better understand strokes, including how someone can be slow to recover certain abilities and yet remain cognitively intact. We also do a poor job of understanding how the brain can heal itself and why stroke survivors may recover more completely when those around them are supportive and compassionate.
At the time of my stroke, I was a neuroscientist, specifically a brain anatomist, teaching and performing brain research at Harvard Medical School. It was my job and my passion to study brain cells under a microscope, which was inspired in part by my brother's diagnosis of schizophrenia. As a sister and as a scientist, I wanted to understand why my brain could connect my dreams to reality in a way that I could act on them and yet my brothers' dreams became lost in psychotic delusions. The work became all the more personal in my stroke recovery.
There are two basic types of strokes. An ischemic stroke, which Mr. Fetterman had, occurs when a blood clot blocks a blood vessel from carrying oxygen and other nutrients to the brain cells, rendering them unable to perform their function. The rarer hemorrhagic stroke, which I had, occurs when a blood vessel ruptures and blood seeps out into the brain tissue where it does not belong, disrupting the ability of brain cells to communicate with one another.
The deficits we experience and display as symptoms depend largely on where in the brain a stroke occurs and what the normal function was of the cells that were traumatized. The cells that are not disturbed can continue to function just fine. That's what can make the experience of a stroke different from person to person and also what underscores misconceptions about the person affected. A pregnant pause between a question and someone's response is sure to make some people uncomfortable, but it doesn't necessarily say anything profound about a person's ability to think and reason intelligently.
Even severe damage from a stroke, like I experienced, is not always permanent. Our brains have a two-pronged defense mechanism that kicks in when brain trauma occurs. Not only are we able to grow some new neurons — a process called neurogenesis — especially in the sites where physical trauma has occurred, our brain cells are capable of neuroplasticity, which means they can rearrange which other neurons they are in communication with.

Scientists used to believe that our neural networks were completely developed and established in our first few years of life, and that those circuits would remain throughout our life spans. However, it's now understood that neuroplasticity is an ongoing phenomenon that underlies our brain cells' ability not only to recover from trauma but also to build new networks that are even stronger than they were before. Neuroplasticity is an ongoing condition that underlies the brain's ability to learn throughout our lives. The complete recovery of my own brain following major trauma is a testament to the power of neuroplasticity and our ability to recover lost function.

The three-pound mass of neurological tissue that we call the brain has the power not only to create every ability we have but also to manifest our perception of reality. Neurons are beautiful and fragile creatures that work together throughout our lives. That's why, whenever I meet someone who has experienced a brain trauma of any sort, I don't focus on what abilities that person has lost, but rather I marvel at what insights that person might have gained because of the experience.
It has been important to the media and to the public that Mr. Fetterman be completely transparent about his illness and recovery as a candidate for public office. His doctors have signed off on his health, and his campaign says he is testing normal on cognitive exams. But rather than marvel at the recovery — the fact that after a severe stroke his motor skills are fine, he can respond to questions rapidly and appropriately, he can use cognitive skills to cull information from his past experience as a lieutenant governor during interviews — much focus seems to be on whether he's really well or fit for office.
Those of us who study the brain immediately recognize that Mr. Fetterman's cognitive competence appears to be just fine. It may take a few months before Mr. Fetterman feels up to the scrutiny of the public and forgoes closed captioning, but the neuroplasticity of the brain is an ongoing process and will continue to repair and help him heal.
Few things have greater impact on how people choose to live their lives than neurological trauma or near-death experiences. And when we find ourselves to be neurologically impaired, we become vulnerable and need others to support us rather than criticize or judge us. I became a much more compassionate and empathetic person following my stroke and recovery. Perhaps I am not the only one.
--
****
Juan
"I was thinking about how people seem to read the bible a lot more as they get older, and then itdawned on me—they're cramming for their final exam."- George Carlin
Posted by 1ma2t