Many serious events have taken place this past week.   Progressive legislation has finally found a way to get passed.   And now, we are faced with the problem with our former president, who has persisted in tearing this country apart.   Michelle Goldberg speaks to this problem in this article.   In my opinion, it is high time we attack this problem with the most important tool we have, and that is The Rule of Law.  Let's not give the appearance that we are going soft because the MAGA crowd is not happy, and will cause problems.   We are in no position to pander to fears.   What needs to be done, and done now, is act with the boldness that Merrit Garland showed in calling Trump's bluff by taking steps to reveal what the search warrant was looking for.   Trump is already on record of stating that only mob bosses and those hiding criminal activity take the 5th.  He stated back in 2018, in retaliation of Hillary Clinton, that the taking of classified documents should be classified as felons.   Well, what goes around - comes around.   Trump should be investigated, charged, and prosecuted ASAP.   Failure to take immediate action will allow the loonies and crazies to foment violence against our elected officers and public servants.   The laws are on the books.  We have prisons full of people who committed crimes, and we must show that no one is above the law.   Failure to apply The Rules of Law will destroy our democracy, resulting in Anarchy
https://www.nytimes.com/2022/08/11/opinion/trump-fbi-raid.html
OPINION

The Absurd Argument Against Making Trump Obey the Law 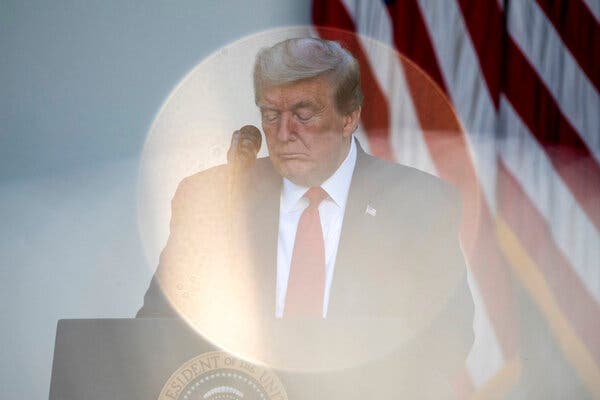 This article has been updated to include new information about a man who attempted to breach an F.B.I. field office.
It took many accidents, catastrophes, misjudgments and mistakes for Donald Trump to win the presidency in 2016. Two particularly important errors came from James Comey, then the head of the F.B.I., who was excessively worried about what Trump's supporters would think of the resolution of the investigation into Hillary Clinton's emails.
First, in July 2016, Comey broke protocol to give a news conference in which he criticized Clinton even while announcing that she'd committed no crime. He reportedly did this because he wanted to protect the reputation of the F.B.I. from inevitable right-wing claims that the investigation had been shut down for political reasons.

Then, on Oct. 28, just days before the election, Comey broke protocol again, telling Congress that the Clinton investigation had been reopened because of emails found on the laptop of the former congressman Anthony Weiner. The Justice Department generally discourages filing charges or taking "overt investigative steps" close to an election if they might influence the result. Comey disregarded this because, once again, he dreaded a right-wing freakout once news of the reopened investigation emerged.

"The prospect of oversight hearings, led by restive Republicans investigating an F.B.I. 'cover-up,' made everyone uneasy," The New Yorker reported. In Comey's memoir, he admitted fearing that concealing the new stage of the investigation — which ended up yielding nothing — would make Clinton, who he assumed would win, seem "illegitimate." (He didn't, of course, feel similarly compelled to make public the investigation into Trump's ties to Russia.)
Comey's attempts to pre-empt a conservative firestorm blew up in his face. He helped put Trump in the White House, where Trump did generational damage to the rule of law and led us to a place where prominent Republicans are calling for abolishing the F.B.I.

This should be a lesson about the futility of shaping law enforcement decisions around the sensitivities of Trump's base. Yet after the F.B.I. executed a search warrant at Trump's beachfront estate this week, some intelligent people have questioned the wisdom of subjecting the former president to the normal operation of the law because of the effect it will have on his most febrile admirers.
Andrew Yang, one of the founders of a new centrist third party, tweeted about the "millions of Americans who will see this as unjust persecution." Damon Linker, usually one of the more sensible centrist thinkers, wrote, "Rather than healing the country's civic wounds, the effort to punish Trump will only deepen them."

The Atlantic's Tim Alberta described feeling "nauseous" watching coverage of the raid. "What we must acknowledge — even those of us who believe Trump has committed crimes, in some cases brazenly so, and deserves full prosecution under the law — is that bringing him to justice could have some awful consequences," he wrote.

In some sense, Alberta's words are obviously true; Trumpists are already issuing death threats against the judge who signed off on the warrant, and a Shabbat service at his synagogue was reportedly canceled because of the security risk. On Thursday, an armed man tried to breach an F.B.I. field office in Ohio, and The New York Times reported that he appears to have attended a pro-Trump rally in Washington the night before the Jan. 6 attack on the Capitol. The former president relishes his ability to stir up a mob; it's part of what makes him so dangerous.
We already know, however, that the failure to bring Trump to justice — for his company's alleged financial chicanery and his alleged sexual assault, for obstructing Robert Mueller's special counsel investigation and turning the presidency into a squalid influence-peddling operation, for trying to steal an election and encouraging an insurrection — has been disastrous.
What has strengthened Trump has not been prosecution but impunity, an impunity that some of those who stormed the Capitol thought, erroneously, applied to them as well. Trump's mystique is built on his defiance of rules that bind everyone else. He is reportedly motivated to run for president again in part because the office will protect him from prosecution. If we don't want the presidency to license crime sprees, we should allow presidents to be indicted, not accept some dubious norm that ex-presidents shouldn't be.
We do not know the scope of the investigation that led a judge to authorize the search of Mar-a-Lago, though it reportedly involves classified documents that Trump failed to turn over to the government even after being subpoenaed. More could be revealed soon: Attorney General Merrick Garland announced on Thursday that the Justice Department had filed a motion in court to unseal the search warrant.
It should go without saying that Trump and his followers, who howled "Lock her up!" about Clinton, do not believe that it is wrong for the Justice Department to pursue a probe against a presidential contender over the improper handling of classified material. What they believe is that it is wrong to pursue a case against Trump, who bonds with his acolytes through a shared sense of aggrieved victimization.
The question is how much deference the rest of us should give to this belief. No doubt, Trump's most inflamed fans might act out in horrifying ways; many are heavily armed and speak lustily about civil war. To let this dictate the workings of justice is to accept an insurrectionists' veto. The far right is constantly threatening violence if it doesn't get its way. Does anyone truly believe that giving in to its blackmail will make it less aggressive?


It was Trump himself who signed a law making the removal and retention of classified documents a felony punishable by up to five years in prison. Those who think that it would be too socially disruptive to apply such a statute to him should specify which laws they believe the former president is and is not obliged to obey. And those in charge of enforcing our laws should remember that the caterwauling of the Trump camp is designed to intimidate them and such intimidation helped him become president in the first place.

Trump shouldn't be prosecuted because of politics, but he also shouldn't be spared because of them. The only relevant question is whether he committed a crime, not what crimes his devotees might commit if he's held to account.
NOW, ON A LIGHTER, BUT SERIOUS NOTE

We are certainly no fans of Donald Trump – let's make that clear from the outset. But yesterday's raid by the FBI on the home of a former president sets a dangerous precedent.

A precedent which now means that anyone who evades taxes, attempts to undermine an election, sexually assaults women, manipulates the value of their assets, uses state resources to enrich themselves or aids and abets the overthrow of a democratically elected government will be subject to investigation

Is that the world we want to live in? Where anyone accused of insurrection can be subject to questioning from law enforcement officers?

It's a slippery slope. Before we know it, regular citizens accused of defrauding the government, concealing evidence, manipulating financial documents, tampering with witnesses or perverting the course of justice will also be held to account.

Or to put it another way, if we simply shrug our shoulders and fail to question the actions of the FBI, soon any old Joe Citizen who is suspected of ripping classified government documents into small pieces and flushing them down the toilet will be obliged to answer to law enforcement, as well as their plumber.

If we don't ask the hard questions about the potential motives of the FBI now, soon any one of us who buries our ex-wife in a small grave at the side of their golf course in order to gain a tax concession will be treated with suspicion.

As Trump supporters put it so clearly yesterday, if this can happen to a President, it could happen to anyone who has committed insurrection, assault or fraud. That's a chilling thought.

We are on new ground here. As Donald Trump himself made clear, this is the first time a former president's home has been raided. Proof, if ever we needed it, that the FBI shamefully only targets people who it considers to have committed a crime. Who gave FBI director Chris Wray that authority?

As we made clear earlier, we're certainly not Trump supporters. But in today's partisan world, it would be easy to fall into the trap of cheering on the FBI's actions, without taking a step back to look at the bigger picture. If Trump goes to jail, it opens the door for every lying, corrupt, perverted piece of shit to go to jail too. Is that what we want?

https://www.theshovel.com.au/2022/08/10/the-shovels-view-on-the-fbis-raid-on-donald-trumps-home/
--
****
Juan
"The Republicans are the party that says government doesn't work and then they get elected and prove it."
Posted by 1ma2t