Something to Know - 5 September

HCR is off today.   Instead, there is this article of interest concerning the recent legislation in Texas.  It is not just a problem with outlawing abortion, but a discussion on the recent permission by out Conservative Supreme Court to allow a new way of enforcement that are very concerning to our way of life:
https://www.nytimes.com/2021/09/04/opinion/texas-abortion-law.html

We Are Becoming a Nation of Vigilantes 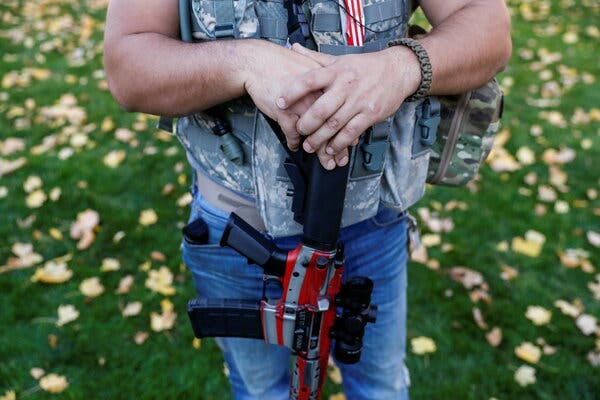 Mr. Michaels and Mr. Noll, two law professors, have been tracking private enforcement laws like SB 8 — and their impact on equality and democracy in America.
In the seemingly endless battle to deny disfavored groups equal citizenship, Republican lawmakers around the country have repurposed an old tool to new and cruel effect. They've inverted private enforcement laws — marshaled over the years to discipline fraudulent government contractors, racist or sexist bosses and toxic polluters — to enable individuals to suppress the rights of their neighbors, classmates and colleagues. Most prominent among these new laws is SB 8, Texas's heartbeat bill. The law bans abortions six weeks after conception, lets anyone bring a lawsuit against medical practitioners who violate the ban and provides cash bounties of at least $10,000 (plus legal fees and costs) to encourage such litigation.

SB 8 captured the nation's attention this week when the Supreme Court refused to block its implementation, precisely because, as Justice Sonia Sotomayor and the other dissenting justices noted, it is enforced by private individuals, not the state.
Gutting Roe v. Wade, especially in this backdoor fashion, is a staggering blow to equality in America. And in fact, the president of Florida's State Senate just promised to introduce a copycat bill in the coming legislative session. But the subversion of private enforcement laws to restrict individual rights goes far beyond abortion. Since the beginning of this year, Tennessee has authorized students and teachers to sue schools that allow transgender students to use the restrooms that match their gender identity; Florida has followed suit, with a law that allows students to sue schools that permit transgender girls to play on girls' sports teams.

Additional bills are in the works across several jurisdictions authorizing parents to sue schools if teachers or outside speakers mention the principles of critical race theory. And there's every reason to expect that red states will push private enforcement further — to election monitoring and perhaps even immigration enforcement. It's only a matter of time before these states decide to empower individuals to bring suits for injunctive relief and damages against people who engage in activities like handing out water to minority voters waiting in hourslong lines to vote. States could similarly deputize anyone to sue employers or landlords of undocumented persons, pushing Dreamers who are currently protected by DACA out of work and into the streets.

These laws don't just tee up a lot of new and nettlesome lawsuits; they're part of a campaign to make us forget what rights really are. Up until now, the law usually conferred rights on people who were seeking to exercise personal autonomy — over their bodies, their words or their votes. This new breed of private enforcement laws inverts that paradigm, giving rights to people who are merely offended by what they see, hear or imagine.
This reassignment lacks any foundation in our constitutional traditions (except those built on theories of subordination, such as Jim Crow). Instead, it's the product of what might be labeled populist outrage discourse — everything from Tucker Carlson monologues to the irate grocery store customers who assert their inalienable "right" to shop maskless, even if doing so violates the wishes of the proprietor and endangers those around them.
The financial incentives to enforce laws like SB 8 will provide crucial support for groups who are already waging today's culture wars. In essence, the states are manufacturing and subsidizing a community of grievance activists. Their work will provide headlines for allies in the right-wing press to stoke the divisions that are necessary for a minoritarian political party — whose only other chief contribution is tax cuts for the ultrawealthy — to maintain an active and enthusiastic base.
Still more troubling, the new private enforcement laws endorse what amounts to a civilized form of vigilantism. Recent years have seen an alarming number of vigilante threats or acts against immigrants seeking asylum, Black Lives Matters protesters and voting rights drives. (Meanwhile, support for such political violence has also risen.)
We don't mean to sensationalize suits under these new laws by tying them to disturbing incidents such as the attempted kidnapping of Gov. Gretchen Whitmer of Michigan. But enforcement of the new laws will require intensive and intrusive surveillance of neighbors and colleagues.

Consider a website set up to facilitate enforcement of SB 8. Before it was targeted by hackers, prolifewhistleblower.com invited users to upload "evidence" that SB 8 was being violated, while guaranteeing users anonymity — an open invitation to use the kind of guerrilla investigative tactics that have already been deployed against abortion providers across many states.
It's tempting to think that it's better for doctors (not to mention teachers, coaches and, in time, voters) to be dragged into court rather than to be assaulted on the street, but this is a false dichotomy. The new laws encourage aggressive surveillance while functionally chilling fundamental expressions of personal autonomy.
Perhaps though, what's good for the goose will be good for the gander, and blue states will use these same tools to suppress rights they dislike. Massachusetts could authorize citizens to seek damages from houses of worship that refuse to follow Covid safety protocols; California could give citizens the right to sue neighbors who recklessly keep guns in their homes; New York could even encourage private lawsuits against big corporate donors who exercise disproportionate sway over politicians.
But setting aside our own personal discomfort with using litigation to stoke culture wars and, possibly, invite violence, let's be real: This intensely politicized and extremely conservative Supreme Court is never going to allow such laws to take effect. It's not the best use of Democrats' time and energy to try.
What's more, there is something deeply undemocratic and embarrassingly revealing about a political party that maintains power by fomenting and subsidizing discord, whether in the streets or in the courtroom. For Trump's G.O.P., however, the strategy is irresistible. In an era where fomenting — and even monetizing — social, cultural and racial grievances is crucial to the G.O.P.'s survival, SB 8 is just the tip of the iceberg.

--
****
Juan
Stupidity and Ignorance based on cultural defiance, hatred, and fear is not, and cannot be, our destiny.
-Anonymous
Posted by 1ma2t