Something to Know - 8 October 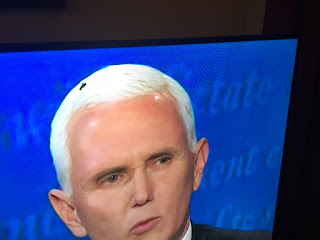 This is just another day of slogging through the muck created by election pandering and endless messaging by those who can pour money into advertising the advertising game.   My TV remote mute button is very active.   HCR is about as deep as I want to get into the "debate" last night.   The best platform presented by Pence was his head that supported a now world famous  FLY: