Something to Know - 18 July

The best reason for having HCR to fall back on when trying to aggregate all the news stories (that means reading many publications and their articles) is that Professor Richardson is able to assemble a well-crafted blog of what you really need to know.   Beginning with the passing of John Lewis, HCR weaves in story lines that lead into this op-ed from the Washington Post:
https://www.nytimes.com/2020/07/17/opinion/portland-protests-federal-agents.html?campaign_id=2&emc=edit_th_20200718&instance_id=20432&nl=todaysheadlines&regi_id=2318049&segment_id=33729&user_id=af58c63b30a52a2ca05d6e1633e35b95

50 Nights of Unrest in Portland

Robert Evans of Bellingcat says the city "is being used as a bellwether to see what this administration can get away with." 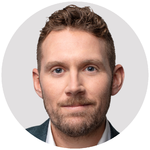 Mr. Warzel is an Opinion writer at large.

Thursday night marked the 50th consecutive night of demonstrations in Portland, Ore. The protests began after the killing of George Floyd — tens of thousands of people took to the streets to protest police violence and racial injustice. Since then, the protests have grown smaller, but clashes between law enforcement officers and protesters have escalated — on July 12, videos circulated of a federal officer shooting a protester in the head with a nonlethal munition, resulting in a skull fracture. Coverage of the unrest has caught the attention of President Trump, who vowed to "dominate" the protesters with federal law enforcement officers.

According to recent reports from Oregon Public Broadcasting and other outlets, federal agents dressed in fatigues have been patrolling the city in unmarked vans, grabbing and detaining protesters, often with no indication of whether they've been charged with any crime. "This is an attack on our democracy," Portland's mayor, Ted Wheeler, said.
The Oregon senators, Jeff Merkley and Ron Wyden, as well as Senator Chuck Schumer, have requested a formal federal investigation into the arrests. The Nation reports that the arrests have been carried out by Customs and Border Protection, acting on the president's "Executive Order on Protecting American Monuments, Memorials, and Statues and Combating Recent Criminal Violence."

To get a sense of what is unfolding in Portland and what it's like to be covering protests each night for two months, I spoke with Robert Evans, a freelance journalist based in the city. Mr. Evans is a conflict reporter who has reported from Iraq and Ukraine. He covers far-right extremism for the investigative journalism site Bellingcat and hosts the Behind The Bastards podcast. The conversation has been edited for length and clarity:
How many nights have you been out there covering these demonstrations?
Of the last 51 or so nights I'm at somewhere around 30 that I've been out.


It's not going great. I had to have a sit-down talk with a 17-year old photo journalist because his hands won't stop shaking and I know from prior experience in war zones that it's an early sign of P.T.S.D.-like symptoms. I had to tell him: "You very likely have done permanent damage to your brain covering this stuff and now you'll have to ask yourself how much damage you're willing to incur."

What is happening in Portland right now?
What is happening in Portland right now — and I say this as somebody who's seen war in other countries — it's as close up to the line as you can get to actual war without live rounds. It's really hard for me to see how things go much further without people dying.
The craziest night so far was July 4, where kids stockpiled thousands of dollars in illegal fireworks. They were in the center of downtown where the bulk of the protests happened around the Justice Center.

It started as drunken party, more or less. At random, cops began shooting into the crowd. Protesters coalesced around the idea of firing commercial-grade fireworks into the Justice Center and Federal Courthouse. You had law enforcement firing rubber bullets, foam bullets, pepper balls and tear gas as crowds circled in around the courthouse firing rockets into the side of the building. That went on for a shocking length of time — there was this running three-hour street battle. I couldn't tell whose explosions were whose. Just a constant series of concussions.


The president started taking Portland personally after that.
Federal law enforcement escalated after that, right? That's the story that is making the rounds right now — the unmarked vans rounding up suspected protesters and arresting them.
Since the feds got involved with police it's gotten really brutal. I'd argue we've seen more police brutality in the last 50 days from Portland Police Department than anywhere else in the country. It's brutal but it's also predictable. There are rhythms to the way police work. It's become an orchestrated dance with both sides.
There are warnings and kicking people out of the demonstration area. But the feds have deliberately defied the rhythms. Last Saturday, the crowd was 100 or so. It was very chill — nothing going on beyond the now-normal occupation of the Justice Center. And feds came out grabbing people seemingly at random and beating people with sticks. There was the kid who got shot in the head and his skull was fractured. The federal law enforcement violence is unpredictable violence.
Early on there seemed to be mass demonstrations focused on policing and racial justice. Is that still going on?

It's on a protester by protester basis. If you want to find really dumb stuff — kids getting into fist fights — you'll find it. But there's a reason the demonstrations in Portland have been going on longer and at a higher intensity than any other city. First off, people here are really profoundly mad at their police department and they saw what Minneapolis got in terms of reform. Here, they're not willing to take the minimal $25 million budget cut that they are offering police.

Also, protests have become, for many people, the main culture that exists in Portland now. We have a virus here, there's not much else going on. There's an understanding there's an opportunity to either accept how bad things are or you can go out every night and try to do something about it.
How does that culture manifest?
Have you heard of Riot Ribs? There's a guy named Lorenzo — he lives in Portland and came out one night grilling ribs for the protesters. He got tear gassed. He's become something of a monument to the community. He Built a 24-hour rib restaurant — as much as you can eat. A local collective called The Witches created a fund-raiser for him while different houseless people helped to turn Riot Ribs into something bigger. Lorenzo set up résumé building programs and programs to get people showers and job interviews. It's been a huge community effort. That's what people don't see as much. You could go to Justice Center at night and provoke feds or you could eat ribs. It was this beautiful surreal community. Last night, police cleared out Riot Ribs.

What's been your interaction with the federal agents? Have you personally seen them rounding up people in unmarked cars.

I've seen them rolling around in the vans and tackling people. My partner has watched them do a few snatch and grabs. The difference is they're not cops. They go after people like soldiers, where the goal is to be unpredictable. The way they use munitions is different.
In Portland, people are scared of the feds. But nobody is scared of the cops anymore. At a certain point of being subjected to police flash bangs and gas, you stop fearing it.


How are people keeping up the stamina after 50 nights of this?
There's this cycle of violence every night but also something ineffable at the center of it. Everyone is kind of aware they're getting some P.T.S.D. from this and it'll hit so hard when it stops. So you can almost delay it another night by eating the tear gas. And I do think there's also this growing realization that what's happening here is deadly serious. So there's a choice, I think. We'll either accept that this is the country we're living in or we'll just show up until people, nationally, realize that this isn't OK.
Part of it is: what else are you going to do? I live here. I don't want to live in a place where this happens. You can talk about journalistic objectivity all you want but I don't want to live in a place where federal agents in unmarked vans abduct people.

I feel like an escalating factor here — part of President Trump's focus on the city — comes from the right wing media's obsession with the city and its protest culture.


Portland has a special place in the far-right imagination. It does have this reputation going back a while. George H.W. Bush famously called it Little Beirut.
Portland has loomed large for a while at places like Fox News as a hotbed of radical leftist activism, though I guess we've earned that now over the last few weeks. One of the things I think people get wrong about this place, though, is that they see the protests and the right-wing coverage and the city is depicted as convulsed and collapsing. It's just not true. You go three blocks from the center of downtown and life goes on as normal. Where I live, you could go every day and see no real signs of the protests.
The image of federal police in unmarked vans has captured attention because it feels so nakedly authoritarian. Is what we're seeing just the purest example of American militarized policing or is it something different?

It's something different. It's two things. Law enforcement is extremely lucrative and so you have a huge class of people in a lucrative industry who feel threatened and like they need to do violence to those who want to take the job away. The other is you have Portland, which has put itself in opposition to this president who has made law and order a defining issue of his re-election.

Portland is being used as a bellwether to see what this administration can get away with. And also what works to quell protest. The police tactics don't work. We're on night 50. There's this knowledge, I believe, in the more lucid chunks of the administration, that this problem will get worse in the next month. August is shaping up to be one of the hardest months in our nation's modern history. September may be worse. And it will have to come to a head.