Fifty Years of Experience as 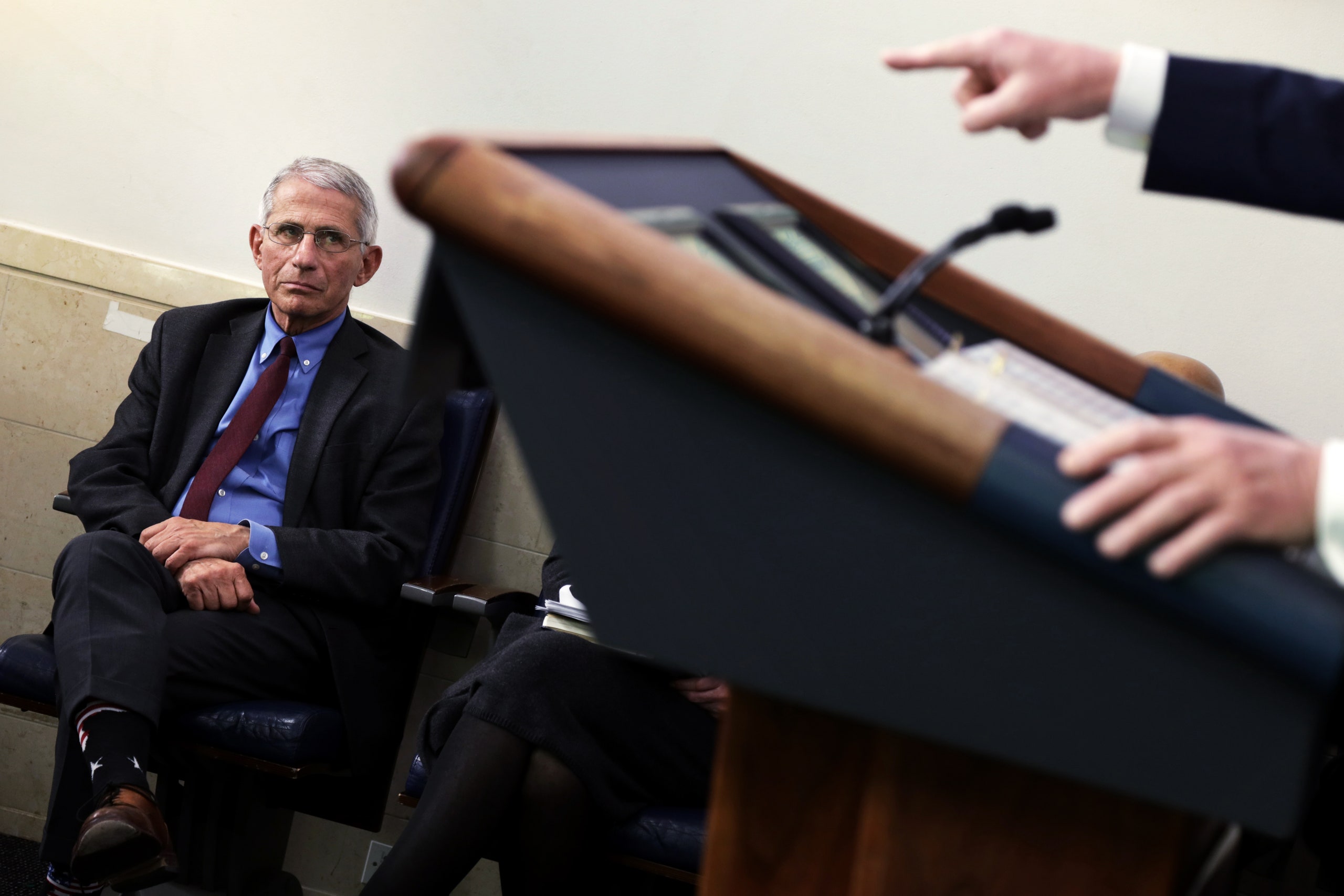 WASHINGTON (The Borowitz Report)—Unveiling a new conspiracy theory, Donald Trump on Tuesday accused Anthony Fauci of using his fifty years of experience as a doctor to win people's trust.
Appearing on Fox News, Trump would not disclose the source of the theory, saying only, "This is something a lot of people are talking about."
"Tony Fauci graduated first in his medical school class, in 1966, because he knew that would make him look good someday," Trump told Sean Hannity. "He's been planning this for a long, long time."

Fauci went on to become a leading epidemiologist as part of a carefully plotted scheme to give himself credibility, Trump alleged.

"He spent years working on H.I.V., aids, Ebola, you name it," Trump charged. "Anthony Fauci would stop at nothing to make himself look like an expert."
Trump said he was baffled by polls showing that Americans overwhelmingly trust Fauci more than him when it comes to the coronavirus pandemic.
"There is zero difference between me and Tony Fauci, except for fifty years of so-called medical experience," he said.
--
****
Juan
I do solemnly swear (or affirm) that I will faithfully execute the Office of President of the United States, and will to the best of my Ability, preserve, protect and defend the Constitution of the United States.
Posted by 1ma2t