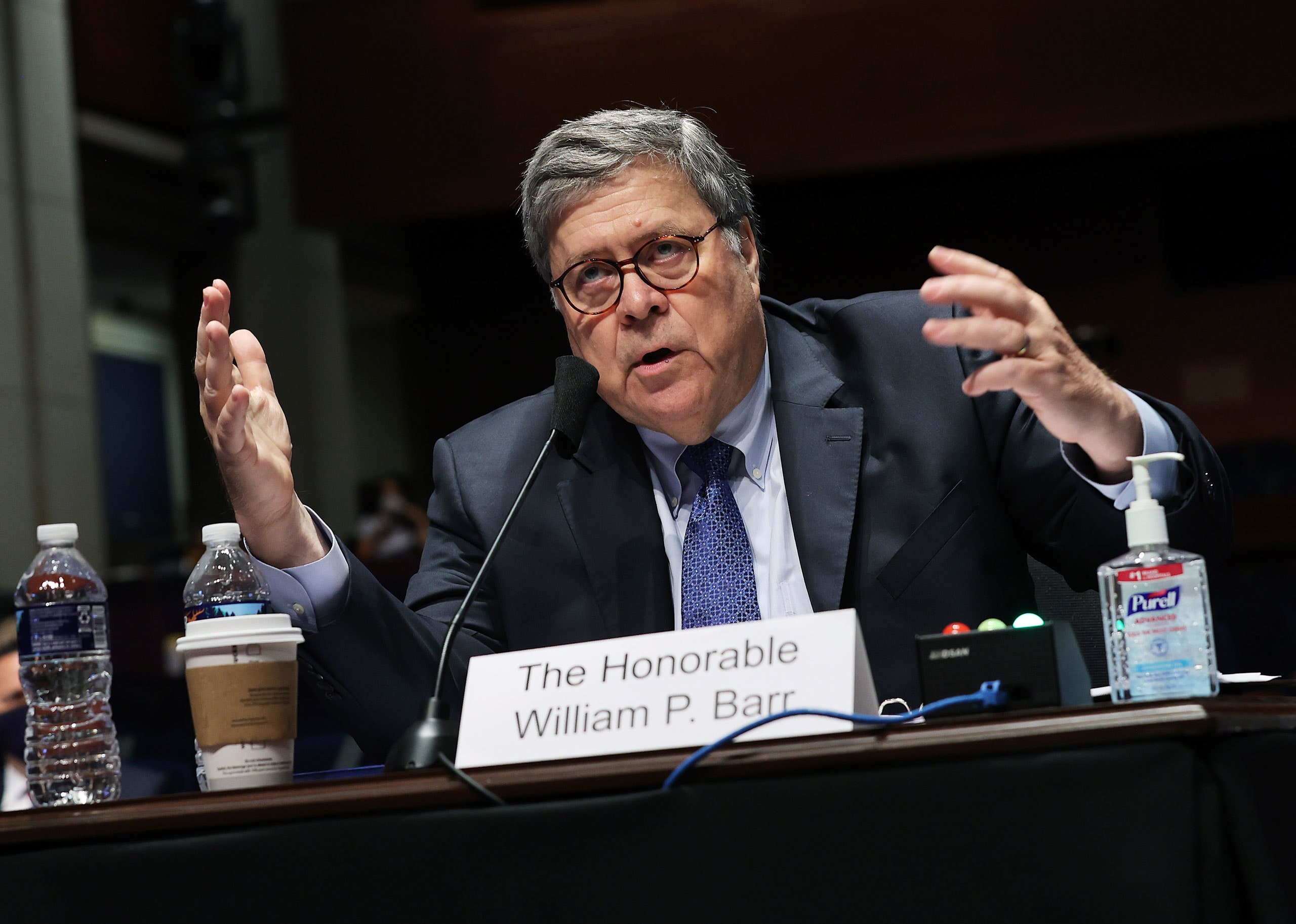 WASHINGTON (The Borowitz Report)—Attorney General William Barr stirred controversy on Tuesday by categorically denying during his congressional testimony that he was testifying before Congress.
"I am not now nor have I ever testified before the House Judiciary Committee," Barr told the House Judiciary Committee. "Any suggestion to the contrary is a flat-out lie."
After the chairman of the committee, Representative Jerrold Nadler, claimed that he could see Barr sitting several feet away from him, Barr came out swinging.

"I am not going to respond to hypothetical questions about where I may or may not be sitting at any given moment," Barr retorted.

Barr's steadfast denial that he was testifying before Congress drew the ire of Nadler, who said that Barr's prevarication was unbecoming of the Attorney General of the United States.
Barr's response was swift and fierce. "I am not the Attorney General, and any assertion that I am is patently absurd," he said.
At the end of the hearing, one of Barr's fellow-Republicans on the committee, Representative Jim Jordan, apologized to Barr for the going-over he had received from Democrats.
"Given how badly you were treated today, I don't blame you one bit for not being here," Jordan said.
--
****
Juan
I do solemnly swear (or affirm) that I will faithfully execute the Office of President of the United States, and will to the best of my Ability, preserve, protect and defend the Constitution of the United States.
Posted by 1ma2t