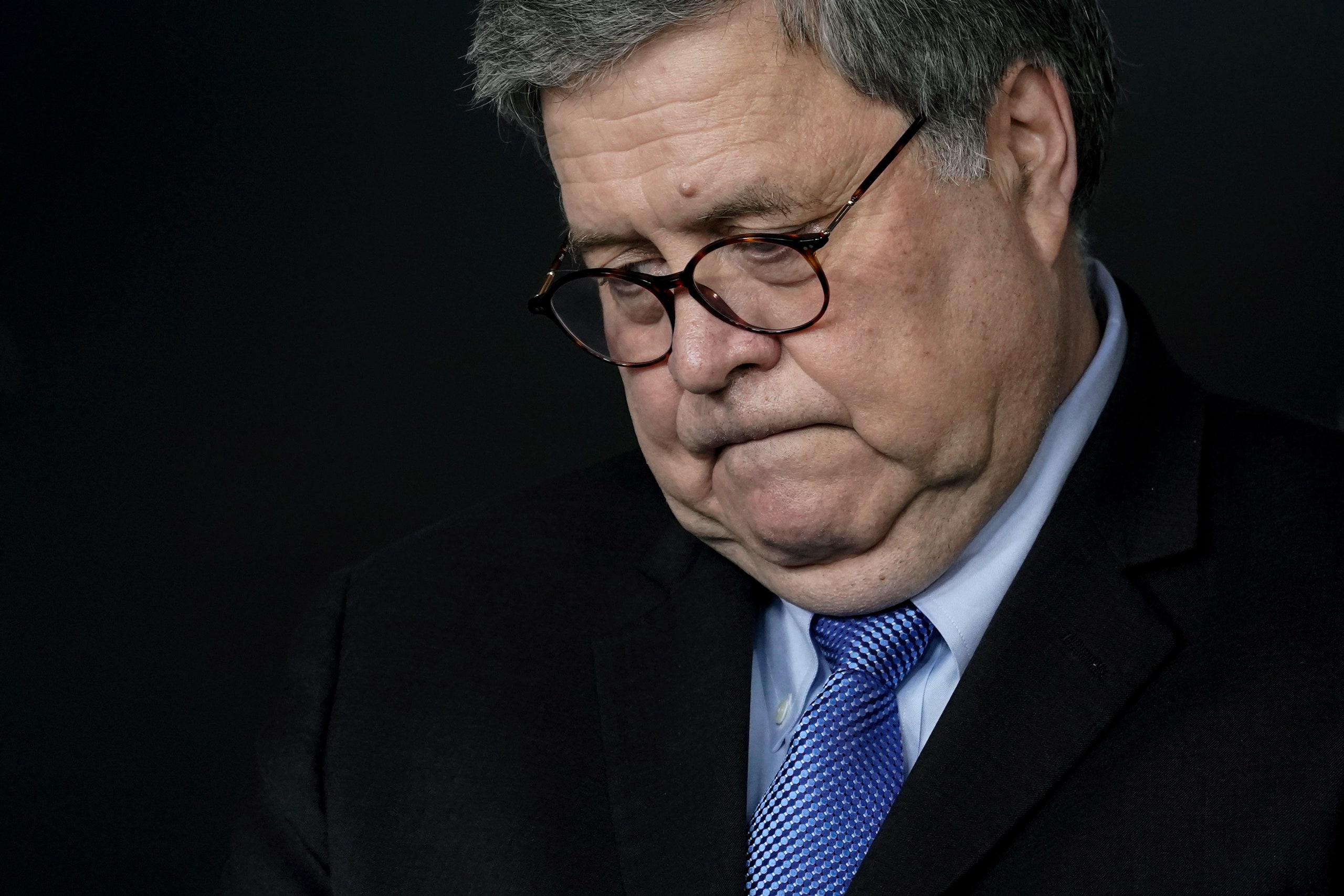 WASHINGTON (The Borowitz Report)—In a test result that he called
"a tremendous relief," the Attorney General, Bill Barr, has tested negative
for integrity, Barr confirmed on Friday.
Barr submitted to the test after learning that he had come into contact
with career Justice Department prosecutors who were found to be
integrity carriers.
"When I learned that there were still people at the Justice Department
with integrity, I was understandably furious," Barr told reporters.
"I told them to go home at once."


Barr said that he was putting into place new protocols that would require
Justice Department employees to be tested for integrity before entering
the building.
"I thought that anyone with integrity had already left the Justice Department,
but apparently I was mistaken," he said. "It's better to be safe than sorry."
Although he was elated to learn that he had tested negative for integrity,
Barr said that he shuddered to think how close he came to contracting the
dreaded virtue.
"Having integrity would have made it impossible for me to work for
President Trump," he said.
--
****
Juan
CoronaTrump is a nasty virus, and if we distance ourselves like
Patriots, like a miracle it will all be gone in the Fall.
Posted by 1ma2t