Something to Know - 27 March

From the Atlantic.  No introduction needed:
https://www.theatlantic.com/ideas/archive/2020/03/presidents-character-unequal-task/608743/
IDEAS

The President Is Trapped

Trump is utterly unsuited to deal with this crisis, either intellectually or temperamentally.

MARCH 25, 2020
Peter Wehner
Contributing writer at The Atlantic and senior fellow at EPPC 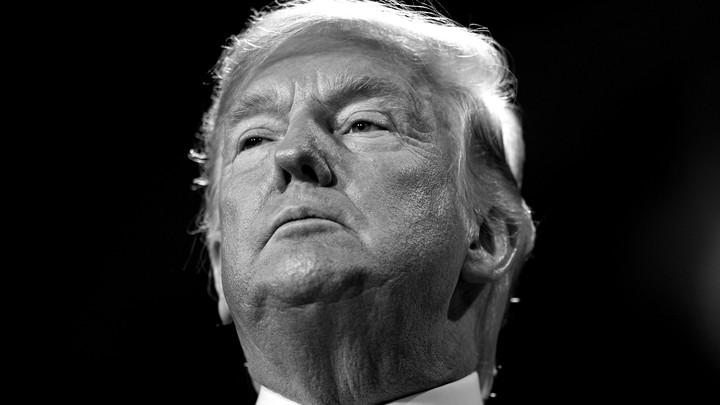 But we're now entering the most dangerous phase of the Trump presidency. The pain and hardship that the United States is only beginning to experience stem from a crisis that the president is utterly unsuited to deal with, either intellectually or temperamentally. When things were going relatively well, the nation could more easily absorb the costs of Trump's psychological and moral distortions and disfigurements. But those days are behind us. The coronavirus pandemic has created the conditions that can catalyze a destructive set of responses from an individual with Trump's characterological defects and disordered personality.

We are now in the early phase of a medical and economic tempest unmatched in most of our lifetimes. There's too much information we don't have. We don't know the full severity of the pandemic, or whether a state like New York is a harbinger or an outlier. But we have enough information to know this virus is rapidly transmissible and lethal.

The qualities we most need in a president during this crisis are calmness, wisdom, and reassurance; a command of the facts and the ability to communicate them well; and the capacity to think about the medium and long term while carefully weighing competing options and conflicting needs. We need a leader who can persuade the public to act in ways that are difficult but necessary, who can focus like a laser beam on a problem for a sustained period of time, and who will listen to—and, when necessary, defer to—experts who know far more than he does. We need a president who can draw the nation together rather than drive it apart, who excels at the intricate work of governing, and who works well with elected officials at every level. We need a chief executive whose judgment is not just sound, but exceptional.
There are some 325 million people in America, and it's hard to think of more than a handful who are more lacking in these qualities than Donald Trump.
But we need to consider something else, which is that the coronavirus pandemic may lead to a rapid and even more worrisome psychological and emotional deterioration in the commander in chief. This is not a certainty, but it's a possibility we need to be prepared for.


Here's how this might play out; to some extent, it already has.
Let's start with what we know. Someone with Trump's psychological makeup, when faced with facts and events that are unpleasant, that he perceives as a threat to his self-image and public standing, simply denies them. We saw that repeatedly during the early part of the pandemic, when the president was giving false reassurance and spreading false information one day after another.
After a few days in which he was willing to acknowledge the scope and scale of this crisis—he declared himself a "wartime president"—he has now regressed to type, once again becoming a fountain of misinformation. At a press conference yesterday, he declared that he "would love to have the country opened up, and just raring to go, by Easter," which is less than three weeks away, a goal that top epidemiologists and health professionals believe would be catastrophic.
"I think it's possible. Why not?" he said with a shrug during a town hall hosted by Fox News later in the day. (Why Easter? He explained, "I just thought it was a beautiful time, a beautiful timeline.") He said this as New York City's case count is doubling every three days and the U.S. case count is now setting the pace for the world.

As one person who consults with the Trump White House on the coronavirus response put it to me, "He has chosen to imagine the worst is behind us when the worst is clearly ahead of us."

After listening to the president's nearly-two-hour briefing on Monday—in which, among other things, Trump declared, "If it were up to the doctors, they may say … 'Let's shut down the entire world.' … This could create a much bigger problem than the problem that you start off with"—a former White House adviser who has worked on past pandemics told me, "This fool will bring the death of thousands needlessly. We have mobilized as a country to shut things down for a time, despite the difficulty. We can work our way back to a semblance of normality if we hold out and let the health system make it through the worst of it." He added, "But now our own president is undoing all that work and preaching recklessness. Rather than lead us in taking on a difficult challenge, he is dragging us toward failure and suffering. Beyond belief."

Yes and no. The thing to understand about Donald Trump is that putting others before self is not something he can do, even temporarily. His attempts to convey facts that don't serve his perceived self-interest or to express empathy are forced, scripted, and always short-lived, since such reactions are alien to him.
This president does not have the capacity to listen to, synthesize, and internalize information that does not immediately serve his greatest needs: praise, fealty, adoration. "He finds it intolerable when those things are missing," a clinical psychologist told me. "Praise, applause, and accolades seem to calm him and boost his confidence. There's no room for that now, and so he's growing irritable and needing to create some way to get some positive attention."

She added that the pandemic and its economic fallout "overwhelm Trump's capacity to understand, are outside of his ability to internalize and process, and [are] beyond his frustration tolerance. He is neither curious nor interested; facts are tossed aside when inconvenient or [when they] contradict his parallel reality, and people are disposable unless they serve him in some way."

It's useful here to recall that Trump's success as a politician has been built on his ability to impose his will and narrative on others, to use his experience on a reality-television show and his skill as a con man to shape public impressions in his favor, even—or perhaps, especially—if those impressions are at odds with reality. He convinced a good chunk of the country that he is a wildly successful businessman and knows more about campaign finance, the Islamic State, the courts, the visa system, trade, taxes, the debt, renewable energy, infrastructure, borders, and drones than anyone else.


But in this instance, Trump isn't facing a political problem he can easily spin his way out of. He's facing a lethal virus. It doesn't give a damn what Donald Trump thinks of it or tweets about it. Spin and lies about COVID-19, including that it will soon magically disappear, as Trump claimed it would, don't work. In fact, they have the opposite effect. Misinformation will cause the virus to increase its deadly spread.

So as the crisis deepens—as the body count increases, hospitals are overwhelmed, and the economy contracts, perhaps dramatically—it's reasonable to assume that the president will reach for the tools he has used throughout his life: duplicity and denial. He will not allow facts that are at odds with his narrative to pierce his magnetic field of deception.
But what happens to Trump psychologically and emotionally when things don't turn around in the time period he wants? What happens if the tricks that have allowed him to walk away from scandal after scandal don't work quite so well, if the doors of escape are bolted shut, and if it dawns on even some of his supporters—people who will watch family members, friends, and neighbors contract the disease, some number of whom will die—that no matter what Trump says, he can't alter this epidemiological reality?


All of this would likely enrage him, and feed his paranoia.
As the health-care and economic crises worsen, Trump's hallmarks will be even more fully on display. The president will create new scapegoats. He'll blame governors for whatever bad news befalls their states. He'll berate reporters who ask questions that portray him in a less-than-favorable light. He'll demand even more cultlike coverage from outlets such as Fox News. Because he doesn't tolerate relationships that are characterized by disagreement or absence of obeisance, before long we'll see key people removed or silenced when they try to counter a Trump-centered narrative. He'll try to find shiny objects to divert our attention from his failures.

All of these things are from a playbook the president has used a thousand times. Perhaps they'll succeed again. But there's something distinct about this moment, compared with every other moment in the Trump presidency, that could prove to be utterly disorienting and unsettling for the president. Hush-money payments won't make COVID-19 go away. He cannot distract people from the global pandemic. He can't wait it out until the next news cycle, because the next news cycle will also be about the pandemic. He can't easily create another narrative, because he is often sharing the stage with scientists who will not lie on his behalf.
The president will try to blame someone else—but in this case the "someone else" is a virus, not a Mexican immigrant or a reporter with a disability, not a Muslim or a Clinton, not a dead war hero or a family of a fallen soldier, not a special counsel or an NFL player who kneels for the national anthem. He will try to use this crisis to pit one party against the other—but the virus will kill both Republicans and Democrats. He will try to create an alternate story to distract people from an inconvenient truth—but in this case, the public is too afraid, the story is too big, and the carnage will be too great to be distracted from it.
America will make it to the other side of this crisis, as it has after every other crisis. But the struggle will be a good deal harder, and the human cost a good deal higher, because we elected as president a man who is so damaged and so broken in so many ways.
We want to hear what you think about this article. Submit a letter to the editor or write to letters@theatlantic.com.


PETER WEHNER is a contributing writer at The Atlantic, a senior fellow at the Ethics and Public Policy Center, and Egan visiting professor at Duke University. He writes widely on political, cultural, religious, and national-security issues, and he is the author of The Death of Politics: How to Heal Our Frayed Republic After Trump.
--
****
Juan
Freedom's just another word for nothing left to lose.
- Kris Kristofferson
Posted by 1ma2t