He Can't Hold Parade to

Celebrate Great Job He Is Doing 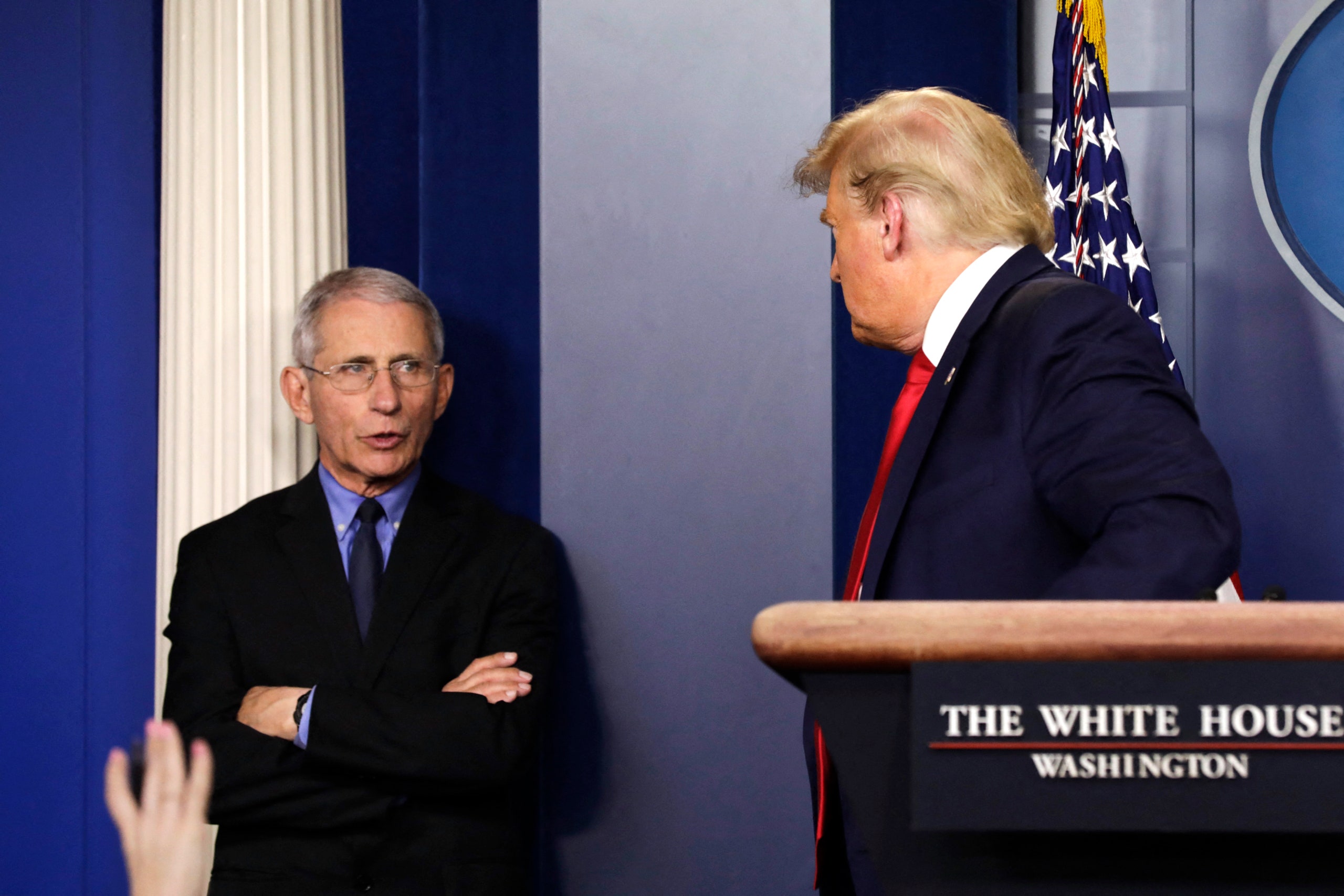 Photograph by Yuri Gripas / Sipa / ZUMA
WASHINGTON (The Borowitz Report)—Dr. Anthony Fauci spent several hours on Saturday gently
explaining to Donald J. Trump why it would be "a bad idea" to hold a giant parade to celebrate the
great job the President is doing to combat covid-19, Dr. Fauci has confirmed.
Trump first raised the idea of a massive parade early Saturday morning, arguing that it would
address the "biggest problem" created by the pandemic thus far: the lack of appreciation for his own
efforts regarding it.
"A parade would put Jay Inslee and that woman in Michigan in their place," Trump bitterly insisted.

As Trump began drawing up plans for a parade, a panicked Dr. Fauci interceded and tried to
explain that such a celebration would be "much nicer" if held after the pandemic is over.

"Would I still be able to have tanks?" a crestfallen Trump asked.
"Yes, you could have tanks," Fauci replied.
"What about balloons?" Trump asked.
"You can have all the balloons you want," the virologist said. "I promise you."
Speaking to reporters, Dr. Fauci said he believed that, after laboriousl
explaining the situation to Trump, "I think I got through to him," adding,
"I've gotta lie down now."