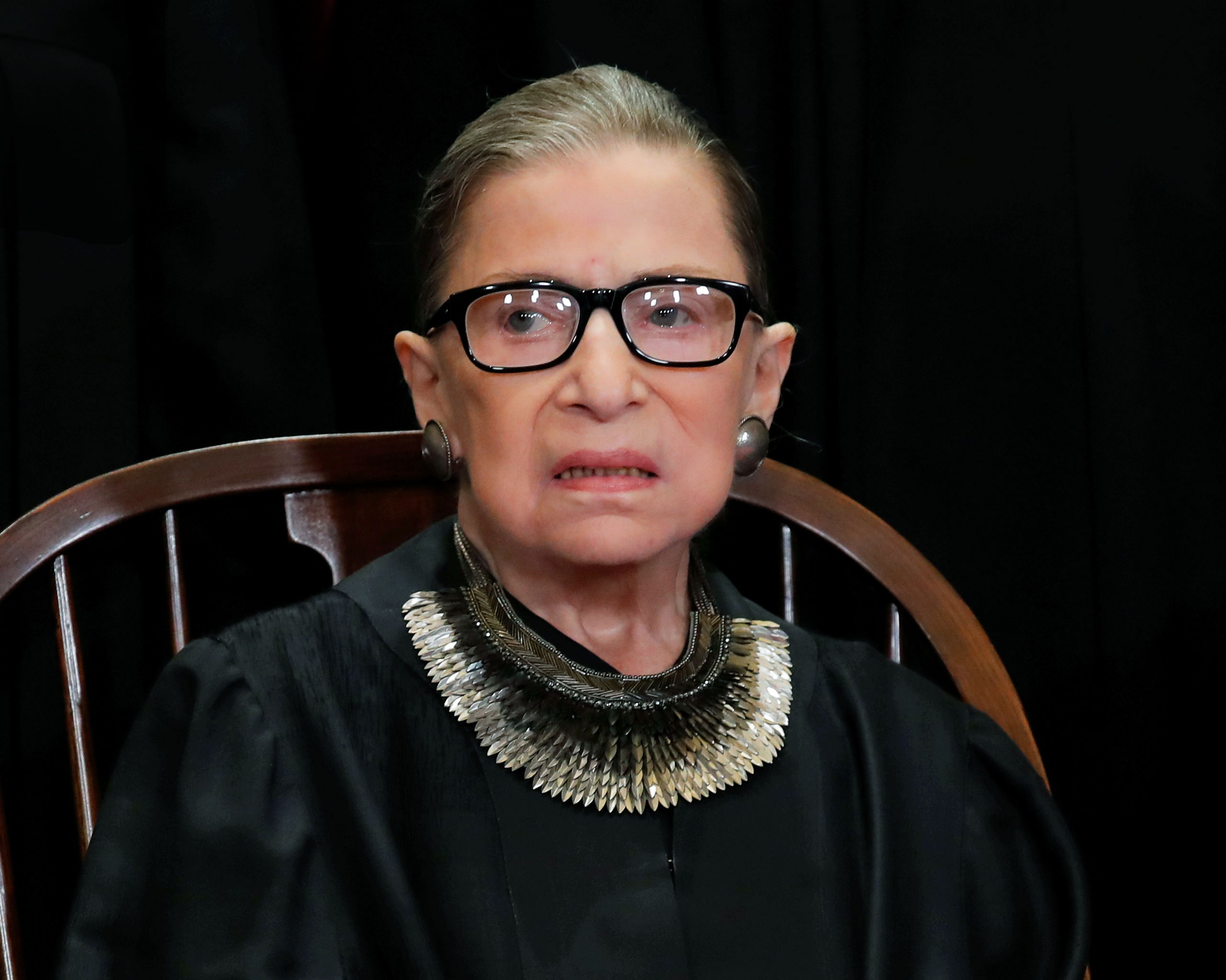 WASHINGTON (The Borowitz Report)—Asserting that his personal interests put him in direct conflict with the interests of the United States of America, Supreme Court Justice Ruth Bader Ginsburg has demanded that Donald Trump recuse himself from all decisions involving the future of the U.S.

Speaking from her office at the Supreme Court, Ginsburg said that Trump's oft-stated allegiance to himself makes it impossible for him to render unbiased decisions on issues affecting people other than himself.

"Since the United States is populated by three hundred and thirty-one million people who are not him, any decision regarding their fates would, by definition, ensnare Trump in an insoluble conflict of interest," she said.

Ginsburg enumerated a list of issues about which Trump should immediately recuse himself, including immigration, trade, taxes, the social safety net, women's reproductive rights, health care, the economy, the military, the environment, "and any other issues related to domestic or foreign policy not listed above."

Ginsburg stressed, however, that, even after recusing himself from those matters, Trump would still be allowed to weigh in on other important decisions, like "what to eat and which channel to watch."