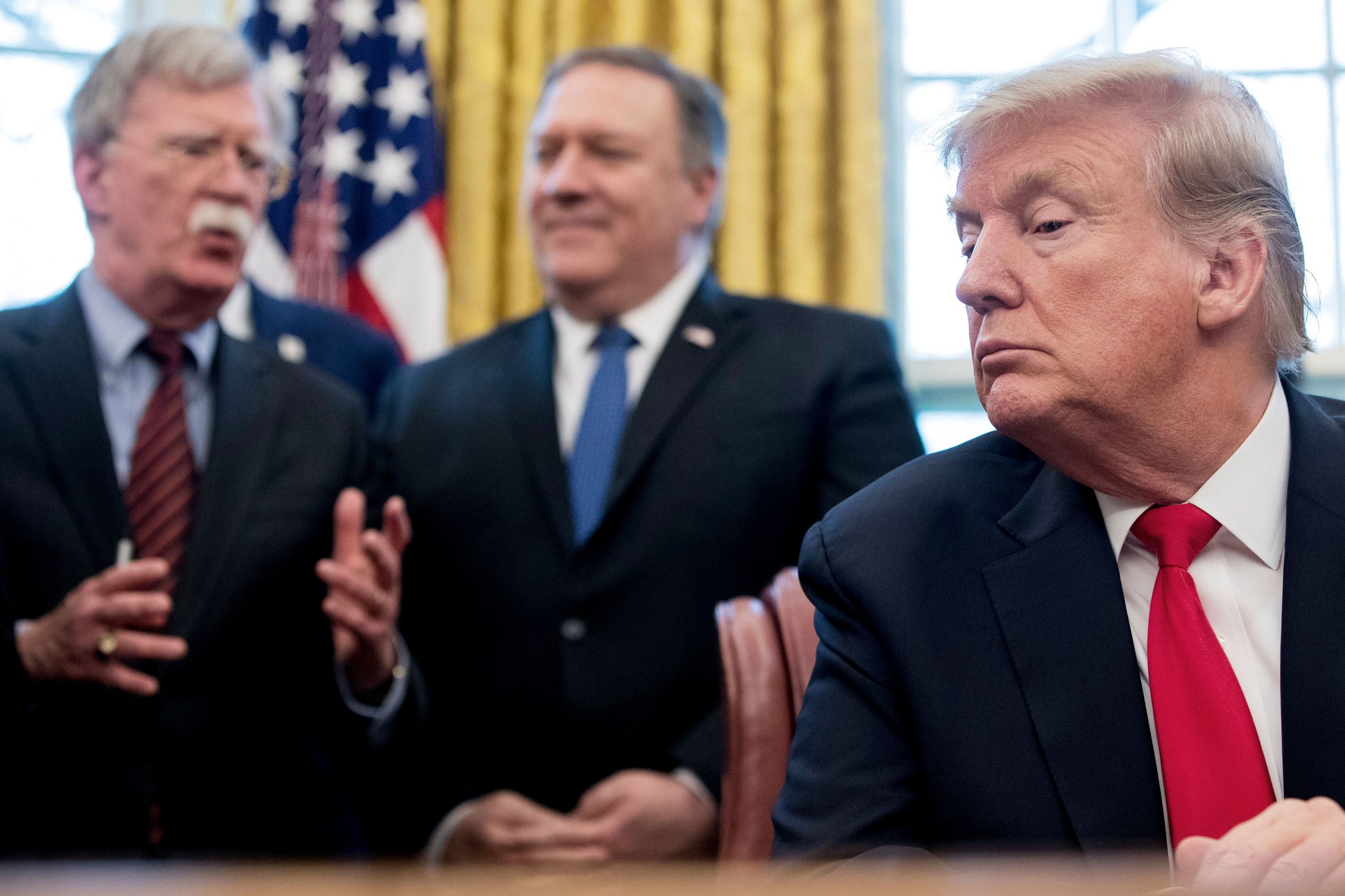 WASHINGTON (The Borowitz Report)—Donald J. Trump has "no intention whatsoever" of having John Bolton's book read aloud to him, Trump confirmed on Monday.

Speaking to reporters at the White House, Trump said that his daughter, Ivanka Trump, had obtained a draft manuscript of the Bolton book and had offered to read it aloud to him "like she does with all of the other books," Trump said.

"She reads the books to me slowly and stops when there's a long word to tell me what it means," Trump said. "But I told her that the Bolton book was the last book in the world that I wanted to hear."

Trump acknowledged that Ivanka had previously read aloud to him other books that he had not enjoyed, such as "A Warning," by Anonymous.

"That Anonymous guy has to be the worst writer," he said. "After Ivanka read ten pages of that crap to me, I told her to throw the book across the room, and she did."

Trump said that he hears "many books" a week, and that sometimes his son-in-law, Jared Kushner, takes turns with Ivanka reading them aloud to him.

"I've enjoyed hearing Sean Hannity's books and Laura Ingraham's books," Trump said. "But John Bolton's? Please. That's the last book I want to hear when Ivanka and Jared tuck me in at night."-
****
Juan
Freedom's just another word for nothing left to lose.
- Kris Kristofferson
Posted by 1ma2t