Something to Know - 14 September 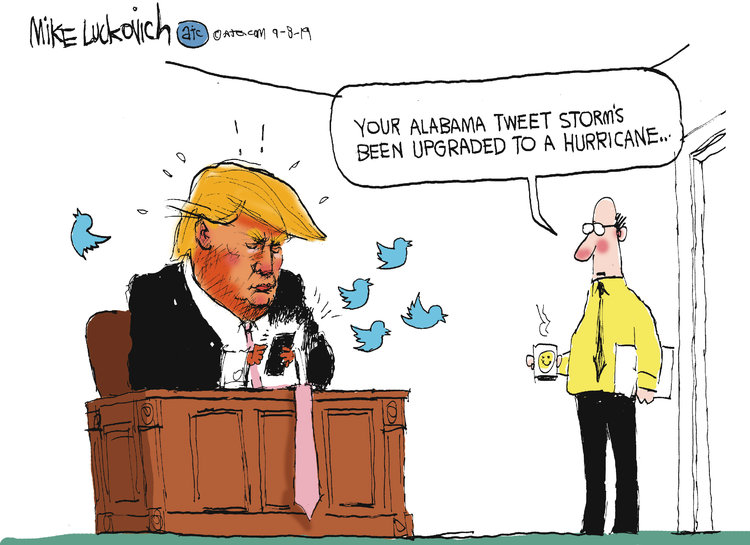 This article begs the question; What is the difference between an underground drug cartel and white-collar family the manufactures Big Pharma drugs?
https://www.nytimes.com/2019/09/13/health/sacklers-purdue-opioids.html?nl=todaysheadlines&emc=edit_th_190914?campaign_id=2&instance_id=12316&segment_id=17020&user_id=af58c63b30a52a2ca05d6e1633e35b95&regi_id=23180490914
(keep scrolling through the blank spaces - which are places where removed ads used to be)

In a court filing, the state attorney general's office says that it has found new account transfers by members of the family that owns Purdue Pharma, the maker of opioids. 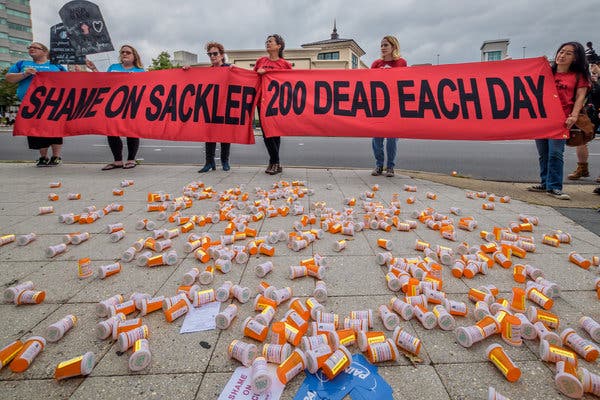 Demonstrators outside the company headquarters of Purdue Pharma, owned by the Sackler family, in Stamford, Conn., on Thursday.CreditCreditErik McGregor/LightRocket, via Getty Images

The New York attorney general's office said on Friday that it had tracked about $1 billion in wire transfers by the Sackler family, including through Swiss bank accounts, suggesting that the family tried to shield wealth as it faced a raft of litigation over its role in the opioid crisis.

Earlier this week, thousands of municipal governments and nearly two dozen states tentatively reached a settlement with the Sackler family and the company it owns, Purdue Pharma, maker of OxyContin. It was unclear if the new disclosure would change the thinking of any of the parties that agreed to the settlement.

The attorneys general of a majority of states, including New York and Massachusetts, have already balked at the proposed deal, contending that the Sackler family has siphoned off company profits that should be used to pay for the billions of dollars in damage caused by opioids.

The wire transfers are part of a lawsuit against Purdue and individual Sacklers in New York. Letitia James, now the state's attorney general, had issued subpoenas last month to 33 financial institutions and investment advisers with ties to the Sacklers in an effort to trace the full measure of the family's wealth.

"While the Sacklers continue to lowball victims and skirt a responsible settlement, we refuse to allow the family to misuse the courts in an effort to shield their financial misconduct," Ms. James said in a statement. "Records from one financial institution alone have shown approximately $1 billion in wire transfers between the Sacklers, entities they control, and different financial institutions, including those that have funneled funds into Swiss bank accounts," she added.

In addition to the thousands of lawsuits in state and federal court aimed at Purdue itself, some 26 states have named the Sacklers individually, with more, most recently North Carolina, having announced they are about to pursue family members as well.

The Sacklers and Purdue have contested the legal actions.

"Purdue has already produced more than 51 million pages of documents to the state, including voluminous financial and business information," a lawyer representing Purdue said in a filing in the New York case earlier this month. The company is seeking to quash subpoenas, calling them "premature, facially defective, overbroad" as well as "harassing, and an improper attempt to avoid the rules and procedures governing party discovery."

Representatives of the company and some of the family members had no immediate comment Friday afternoon.

A statement from a firm representing Mortimer D.A. Sackler, a former Purdue board member, said: "This is a cynical attempt by a hostile A.G.'s office to generate defamatory headlines to try to torpedo a mutually beneficial settlement that is supported by so many other states and would result in billions of dollars going to communities and individuals across the country that need help." 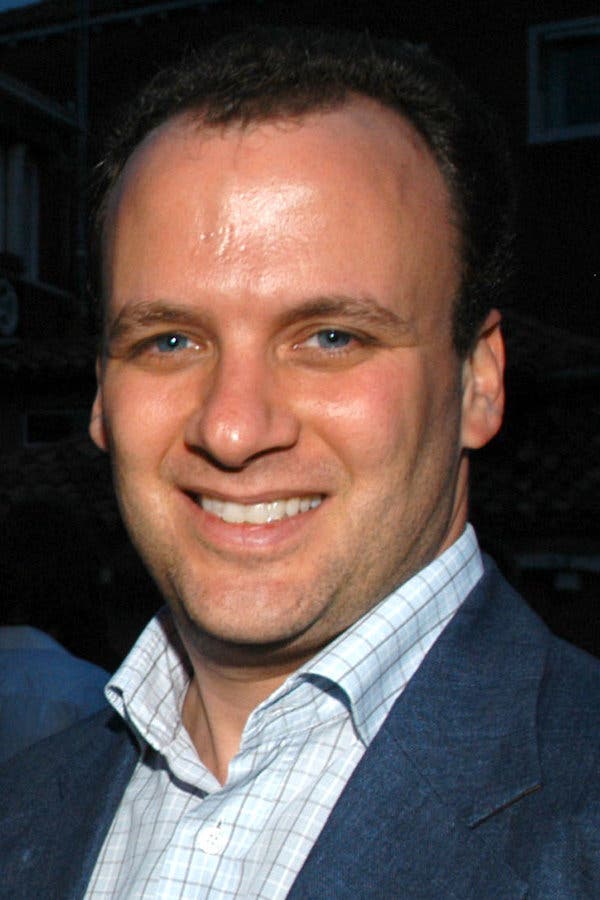 New court documents filed by Ms. James's office Friday afternoon presented only initial findings, from a single unnamed financial institution that has responded to the subpoenas issued by her office.

A series of transfers involving Mortimer D.A. Sackler was highlighted in the filings. In one case, $64 million was transferred in 2009 from a previously unknown trust called Purdue Pharma Trust MDAS, through a Swiss bank account in the Bailiwick of Guernsey, in the Channel Islands, and then to Mr. Sackler, the filing said.

["The Weekly," The Times's new TV show, investigates the origins of the opioid crisis, and what members of the Sackler family may have known. Watch on FX and Hulu.]

Mr. Sackler also directed millions of dollars' worth of the transfers to two real estate entities that owned a house in Amagansett on Long Island and a Manhattan townhouse, according to the court filing.

The statement released on behalf of Mr. Sackler said: "There is nothing newsworthy about these decade-old transfers, which were perfectly legal and appropriate in every respect."

But investigators believe that the initial records reviewed show that there is much more to be learned before a fair resolution can be reached. 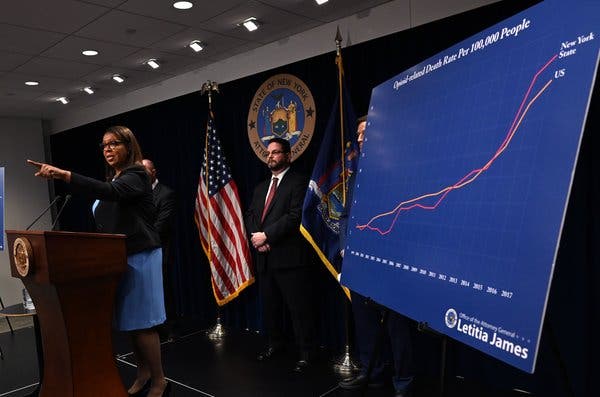 Letitia James, the New York attorney general, announcing the state's lawsuit against the Sackler family at a news conference in March.CreditTimothy A. Clary/Agence France-Presse — Getty Images

In a letter to the court Friday, a lawyer in the attorney general's office, David E. Nachman, wrote: "Already, these records have allowed the state to identify previously unknown shell companies that one of the Sackler defendants used to shift Purdue money through accounts around the world and then conceal it in at least two separate multimillion-dollar real estate investments back here in New York, sanitized (until now) of any readily detectable connections to the Sackler family."

The tentative settlement announced earlier this week, involving nearly 2,300 cases in federal court and 23 states, included terms that Purdue Pharma would file for Chapter 11 bankruptcy imminently. Typically, when a company begins bankruptcy proceedings, all litigation against it is, at least temporarily, stayed.

Whether such bankruptcy protections would extend to individual Sacklers is in dispute. States like New York are seeking to find the sources of the Sackler fortune, hoping to reclaim portions of it, particularly in the event that a Purdue bankruptcy could constrain payouts to litigants.

Various Sacklers have, until 2018, been on the company's board of directors; Dr. Richard Sackler is a former president and chairman of the company's board. In many reported articles, books and legal papers, members of the family have been accused of encouraging aggressive sales tactics of OxyContin.

The family also has long ties abroad. It still owns Mundipharma, a pharmaceutical company that sells drugs overseas, including OxyContin. In addition, it has familial ties in England and has made its philanthropic presence felt in museums in London and Paris.

It was unclear whether Ms. James's initial findings of new Sackler funds would influence the parties that have agreed to the settlement.

"Saying there's a billion in transfers doesn't mean anything to me unless it leads to a lot more information," said Joe Rice, one of the lead counsels for the municipalities that reached the settlement agreement. Getting a comprehensive picture of the family's international wealth would require an "Easter egg hunt over some period of time," he said, and a further complication is that not all of the family members served on the board of Purdue Pharma.

But Adam Zimmerman, an expert in complex litigation at Loyola Law School, Los Angeles, said the new details could make it harder for Sackler family members to protect their personal assets in bankruptcy proceedings.

"The bigger question is how this is going to affect what many cities have already agreed to," he added. "We might see, with these allegations, more state A.G.'s saying they are opposed to it, and maybe even some cities."

He also pointed to potential criminal liability, as did Elizabeth Burch, a professor at the University of Georgia School of Law.

"This will give those that are objecting lots of wiggle room to argue for a broader scope of" disclosure, she said in an email, adding that it "could lead to criminal exposure for the Sacklers (if it hasn't already)."

"I'm thrilled to see the litigation process bringing this kind of information to light," she said.

[Like the Science Times page
--
****
Juan
Freedom's just another word for nothing left to lose.
- Kris Kristofferson
Posted by 1ma2t