Something to Know - 30 August

One could spend a lot of time ruminating all the destruction Trump is leaving in his wake.  Some of it is immediately reversible, and much will take much longer to rebuild and repair.  However, one thing that in unmistakable and open for immediate discussion is the question of Character.   In this article, David Brooks uses an excellent measure to which Individual One can be compared.   General James "Mad Dog" Mattis is the standard in this argument.   The current occupant of the White House wishes he were like him, but he is not, nor could he ever be.
https://www.nytimes.com/2019/08/29/opinion/jim-mattis-trump.html?nl=todaysheadlines&emc=edit_th_190830?campaign_id=2&instance_id=11966&segment_id=16602&user_id=af58c63b30a52a2ca05d6e1633e35b95&regi_id=23180490830 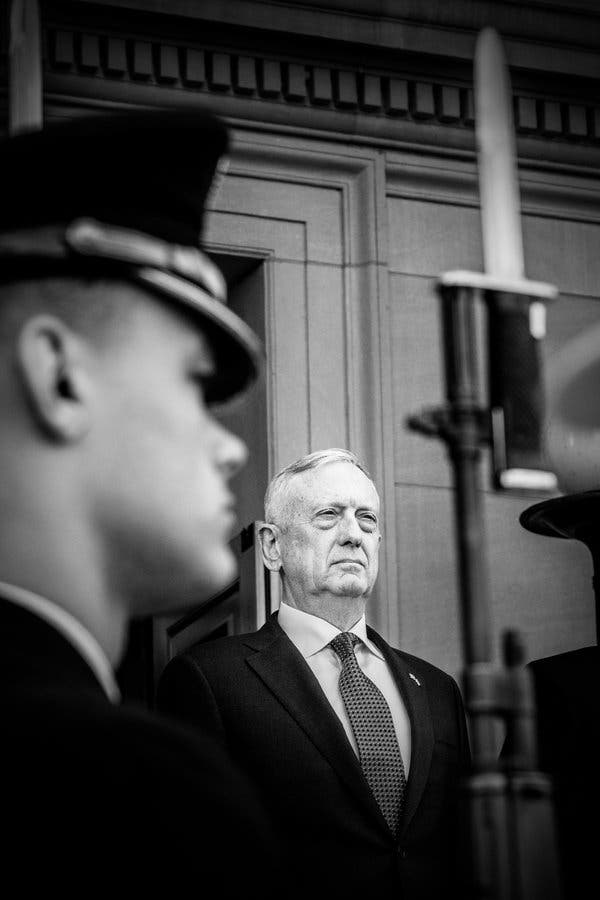 Jim Mattis in March 2018. He resigned as defense secretary in December.CreditCreditMark Peterson/Redux
KIP TO SITE INDEX

The Man Trump Wishes He Were

Jim Mattis and the formation of character.

Jim Mattis in March 2018. He resigned as defense secretary in December.CreditCreditMark Peterson/Redux

In the first few months of his presidency, Donald Trump surrounded himself with a certain sort of ramrod military man: John Kelly, Michael Flynn, H.R. McMaster and Jim Mattis. These men had or appeared to have the kind of manly virtues and bearing that Trump likes to see in himself: courage, toughness, combativeness.

But when you look at how someone like, say, Jim Mattis forged his character, you realize that he is actually the exact opposite of Trump. Mattis built strengths and virtues through the steady application of intense effort over decades. Trump is a man who has been progressively hollowed out by the acid of his own self-regard.

The contrast between how these two men were forged is so stark that it throws into relief how character is and isn't formed.

Mattis was a mediocre college student. He partied too much and was jailed for underage drinking. But then he discovered the Marine Corps. His new book "Call Sign Chaos," which he wrote with Bing West and which will be released next week, is purportedly about leadership but really it is a portrait of Mattis's life-defining love for the Marine Corps.

His prose sings when he describes those times when he was out on some battlefield exercise with frontline Marines. When he is stuck away inside the Pentagon or high up commanding NATO, you feel his longing for their presence.

Mattis reads Roman writers like Marcus Aurelius, but he is no stoic. Decade after decade he is touring some front or another, starting a million affectionate conversations. "How's it going?" "Living the dream, sir," is how those conversations begin. He trusts his Marines enough to delegate authority down. He clearly expresses a commander's intent in any situation and gives them latitude to adapt to circumstances.

Love is a motivational state. It propels you. You want to make promises to the person or organization you love. Character is forged in the keeping of those promises. If, on the other hand, you are unable to love and be loved, you're never going to be in a position to make commitments or live up to them. You're never going to forge yourself into a person who can be relied upon.

Mattis's drive, born of his devotion to the Corps, is his most telling trait. He works insanely hard, propels himself extremely quickly, making himself, every day, a better Marine. Much of the work is intellectual. He thought the second Iraq war was a crazy idea, but when he was ordered to command part of it, he started reading Xenophon and ancient books about warfare in Mesopotamia.

x"If you haven't read hundreds of books, you are functionally illiterate, and you will be incompetent, because your personal experiences alone aren't broad enough to sustain you," Mattis and West write.

But a person with an institutional mind-set has a deep reverence for the organization he has joined and how it was built by those who came before. He understands that institutions pass down certain habits, practices and standards of excellence.

Mattis asserts that his way of doing warfare is simply the Marine way. In the Marine way, for example, "Amateur performance is anathema, and the Marines are bluntly critical of falling short. … Personal sensitivities are irrelevant." Each mission gives him another body of knowledge, another strength, greater capacity to live his devotion to his country.

James Davison Hunter, who wrote, "The Death of Character," once noted that good character does not require religious faith. "But it does require the conviction of truth made sacred, abiding as an authoritative presence within consciousness and life, reinforced by habits institutionalized within a moral community. Character, therefore, resists expedience; it defies hasty acquisition. This is undoubtedly why Soren Kierkegaard spoke of character as 'engraved,' deeply etched."

In Mattis's career you see something one saw in the great George Marshall's career: That you need to work within a structure to be creative. Both generals were total company men, dedicated to their service, yet they were constantly trying to change its practices to keep up with the times.

Mattis barely mentions Trump in this book, and doesn't describe what must have been one of the truly challenging tasks of his life — working under Trump without getting tainted.

He didn't write about Trump because he didn't want to undermine the people still working inside the administration. But, he told Jeffrey Goldberg of The Atlantic: "There is a period in which I owe my silence. It's not eternal. It's not going to be forever."

Like Goldberg, I think it would be proper for Mattis to end his silence about Trump before the next election. Voters need his firsthand perspective to make a judgment about the fitness and character of the commander in chief.