Something to Know - 30 June

Maureen Dowd is reviewing a cooking show, which seems to suggest that the Old Smilin' Joe has had a fork stuck into him, and he's now done: 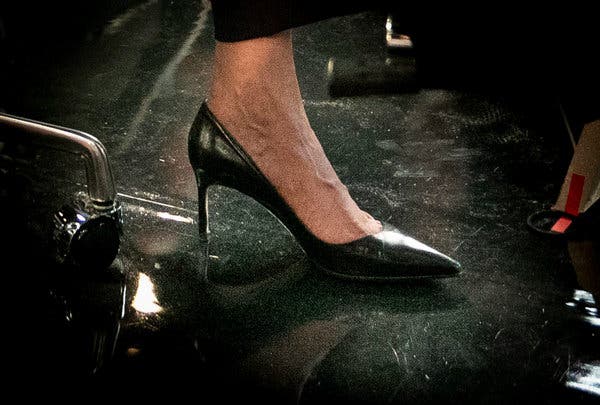 Joe Biden felt the sharp end of Kamala Harris's criticism when she put her foot down at a Democratic debate on Thursday.CreditCreditDoug Mills/The New York Times

WASHINGTON — In January, a reporter contacted the nascent Biden campaign to request an interview. She wanted to ask the former vice president about lingering criticisms that were bound to come up on the trail: how, as a senator, he failed Anita Hill; his lead role in the 1994 crime bill; his vote for the Iraq war; his mixed record on abortion rights; his handsy ways; the hot mess that is Hunter.

And that little girl was me.

I was promptly rejected for an on-the-record sit-down. Talking to some in the Biden circle, I sensed a myopia. They seemed to think they could blow past the past, walling off the candidate and ignoring the imbroglios that were obvious fodder for the pack of hungry Democrats and the rapacious president who would soon be in full cry after the front-runner.

Not deigning to talk to the press to explain bad decisions to voters seemed more like Queen Hillary than Uncle Joe. Even David Axelrod, who favored Biden as Barack Obama's running mate, has said that it is "not a tenable strategy" to meet the press only when you are rolled out to try to explain some embarrassing gaffe.

It was also a bad sign, after Biden got in trouble for bragging at a fund-raiser about working with segregationist senators, that the candidate's advisers trash-talked him to The Washington Post, saying they had warned him to use a less toxic example of bipartisanship.

In my experience, candidates with advisers who belittle them on background do not win elections.

The aloofness and arrogance of the Biden operation came spilling out for all to see under the bright lights of the debate stage.

The 76-year-old seemed irritated and unprepared to address inevitable jabs from his younger, more nimble rivals. What did he think would happen — that they would strew rose petals along his path to the podium and beg for selfies? In the 2008 race, he was a more vivid and genial debater than Obama. Now he seems simultaneously drained and entitled.

Kamala Harris, who had been trying to appease the progressives on Twitter who berate her for her law enforcement record, suddenly found her inner cop.

Rather than asking Biden to pass the torch, she took a blowtorch to him.

"I do not believe you are a racist," she allowed about the man who was the partner of the first black president, had a good civil rights record and claimed (unconvincingly) that he was inspired to run by his disgust at Charlottesville.

Harris snapped the cuffs on: "It was hurtful to hear you talk about the reputations of two United States senators who built their reputations and career on segregation of race in this country. And it was not only that, but you also worked with them to oppose busing. And you know, there was a little girl in California who was part of the second class to integrate her public schools, and she was bused to school every day. And that little girl was me."

Harris was grinding her stiletto on a vulnerable part of Biden's record. The reason Hill was eviscerated and a lying Clarence Thomas ascended to the Supreme Court is that Biden, as chairman of the Senate Judiciary Committee, was bending over backward to appease uncompromising Republicans on the panel — the same men who were falsely accusing Hill of perversity, erotomania and perjury.

A Times story revealed how Biden went to Michigan before the midterms last year to reclaim the Midwest for Democrats but ended up praising Republican Fred Upton during a paid speech to a Republican-leaning audience. Apoplectic Democrats said Biden helped Upton win re-election to the House.

After Harris dressed down Biden, Michael Bennet snapped back at the front-runner. Biden was boasting that, when they were negotiating a deal in 2012 to end a government showdown, he got Mitch McConnell to allow the top individual income tax rate to rise, generating about $600 billion in revenue.

"The deal that he talked about with Mitch McConnell was a complete victory for the Tea Party," the Colorado senator said. "It extended the Bush tax cuts permanently. The Democratic Party had been running against that for 10 years."

Biden is selling himself as someone who can work with a Republican Party that everyone but Biden realizes doesn't exist anymore.

Adding injury to insult, his handlers overcoached him on his signature trait of runaway verbosity. It was weird watching Biden cutting himself off midsentence — "My time is up. I'm sorry" — while all the others were talking well over their allotment. It was like the sheriff in "Blazing Saddles" holding the gun to his own head.

Biden may have been trying to limit what he said — just as he limits press exposure — to keep out of trouble. But it looked as if he lacked confidence.

After his poor debate showing, Biden tried to recover Friday in Chicago but stepped in it again, saying during a labor luncheon, "We've got to recognize that kid wearing a hoodie may very well be the next poet laureate and not a gangbanger."

He argued that "the discussion in this race today shouldn't be about the past." But the problem at the moment is that Biden has too much past and not enough presence.