Something to Forget - 5 April

The story today is like Looney Tunes.   Nothing more, nothing less.

Trump is spouting nonsense at a greater rate

(CNN)It's not just that President Donald Trump has been spouting nonsense at a greater rate, although he is. What's new is that his false statements are becoming more bizarre. He said this week, for example, that his Bronx-native father was born in Germany. And they are accompanied by other displays of apparent cognitive distress. Among the glaring examples: 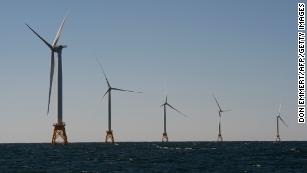 Trump's war on windmills now includes wild cancer claim
In any family, a 72-year-old man who spoke this way would be the subject of urgent discussions. Trump's trouble accessing words, summoning long-term memories, and naming a famous man in front of him could indicate mental deterioration. Add the crazy talk about windmills and cancer, coming from the leader of the free world, and you get a situation that ought to alarm everyone.
This situation is complicated by Trump's long and deep record of lying to suit his purpose. For decades, he made excessive claims about his wealth and abilities and the ratings for his reality TV show. Fantastic claims became his self-serving stock in trade. As a politician, Trump transferred this deceptive method into the political landscape -- call it his lie-scape -- and picked up the pace of the falsehoods.
Trump's record makes it hard to pick out trends. Sometimes he seems to exaggerate and distort for effect. At other moments, it seems he believes the crazy stuff he says. But it is possible to evaluate a public figure's speech patterns and make objective observations.
In 2017, Stat News, the health news website, asked experts in neurolinguistics and cognitive assessment, psychologists and psychiatrists to review his past and recent speech and found evidence of decline from his younger days.
In interviews in the 1980s and '90s, according to Stat News, Trump "spoke articulately, used sophisticated vocabulary, inserted dependent clauses into his sentences without losing his train of thought, and strung together sentences into a polished paragraph, which — and this is no mean feat — would have scanned just fine in print." 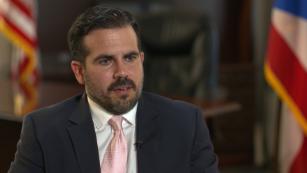 Puerto Rico's governor should not stoop to Trump's level
More recently, noted Stat, "Trump's vocabulary is simpler. He repeats himself over and over, and lurches from one subject to an unrelated one." When shown examples of the two Trumps, experts saw symptoms that "can indicate slipping brain function due to normal aging or neurodegenerative disease."
If Trump were a private citizen, his condition wouldn't matter to anyone outside a close circle. He would be evaluated, his father's Alzheimer's disease might be noted as a red flag, and, one hopes, he would get the help he needs. But Trump is the most powerful person in the world and can do great harm with what he says.
In a flurry of tweets Tuesday, Trump mangled the facts of Puerto Rico's hurricane recovery effort, suggesting the island has received $91 billion in relief money. (The correct figure is $11.2 billion; $91 billion is how much the federal government may disburse to Puerto Rico over the next two decades). He also planted the canard that somehow mainland farmers are being exploited in the equation. "Cannot continue to hurt our Farmers and States with these massive payments, and so little appreciation!" wrote Trump
The Puerto Rico misstatements are so egregious that one hopes they could be blamed on a mind in decline. The alternative holds that Trump was lying and that he is an intentionally divisive and destructive leader of truly bad character who demonizes one set of constituents to stir resentment among another.
For Americans who are subject to Trump's rhetoric, the most alarming element may be what it does to us. Leaders and those they lead exist in a dynamic relationship. A president's words and gestures can both inspire and terrify. The talk coming from this President is frightening, destabilizing and bewildering. We don't want to think that the man in the Oval Office is unfit, but when he repeatedly shows us the evidence, how can we draw another conclusion?
--
****
Juan
"Yes, yes, but I bring that out in people. I do. I'm not saying that's an asset or a liability, but I do bring that out. ...I bring rage out. I do bring rage out. I always have."
- Candidate Donald J. Trump in April, 2016
Posted by 1ma2t