Something to Know - 9 March

I have been trying to put a face and reality on the DACA program.  I wrote a piece for my college class, and this morning, there is this article from the Boston Globe, courtesy of Nicholas Kristoff, about an example of our sterling ICE program.   I am also attaching a copy of a piece that I wrote from my class assignment at Pomona College (Political Journalism), of a real life DACA student on campus.   In the meantime, check out today's news out there in Fake News Land of the latest Trump effort to distract from his Stormy Daniels problem -quickly set up to meet Little Rocket Man:
http://www.bostonglobe.com/metro/2018/03/08/making-america-great-again-one-ruined-family-time/8quCtIIFUMnfIdfXhtATRM/story.html?s_campaign=breakingnews:newsletter 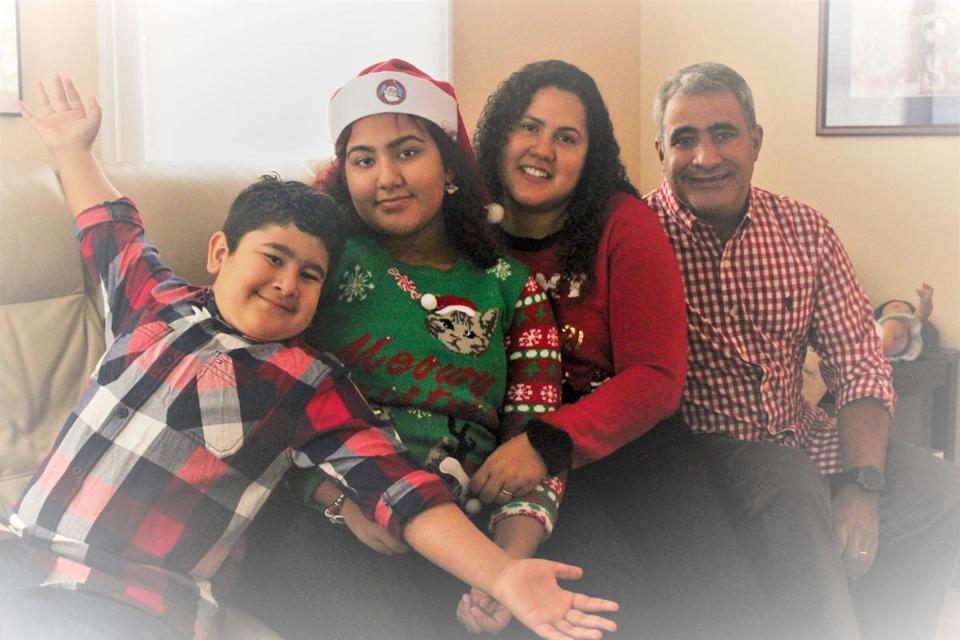 And now, ladies and gentlemen, in this, the latest installment of Making America Great Again By Destroying American Families One at a Time, I give you the Perozin family of Marlborough.

Mauricio Perozin is a hard-working family man, with a wife and two kids, which makes him just the kind of easy pickings that Immigration and Customs Enforcement agents like to throw out of the country.

Because, let's face it, why would federal agents waste their limited resources locking up real criminals with real guns when they can go after a guy like Mauricio Perozin, who works at a car dealership, serves as a deacon at his church, supports his family, pays his taxes, and, best of all, doesn't carry a gun and doesn't pose a threat to anyone in the employ of the government?

Let's get the particulars out of the way, before all those heads wearing those cheesy red MAGA baseball caps explode: Mauricio Perozin is an undocumented immigrant from Brazil. He came here on a tourist visa 20 years ago and just stayed. His father was a police officer in Brazil, and, as a result, his family was harassed by drug gangs. So his father suggested they take a chance in America. His father died seven years ago and is buried not far from the Perozins' home in Marlborough.
Mauricio Perozin doesn't have a criminal record, but in 2007 he was stopped for speeding by a cop who turned him over to immigration officials. That began a process that nearly saw him deported six years ago. Federal officials dropped his deportation case after my pal and erstwhile colleague Maria Sacchetti inquired about his case.

After that, Perozin had to show up at the ICE offices every year and reapply for what they call a stay of removal. That was renewed perfunctorily every year until last month, when Perozin was told he was going to be deported.

And, really, before all you lock 'em up guys start with the "what part of illegal don't you understand" baloney, spare me.

What part of "this is how our economy works" don't you understand?

I might find the alleged justification for Mauricio Perozin's deportation a little less specious if ICE showed even a fraction of the same interest in going after the wealthy Americans and corporations who pad their bank accounts and make healthy profits while exploiting immigrants, documented and undocumented.

But I guess you can't deport a corporation. They usually self-deport, so they can make even more money by exploiting even much poorer people in Third World countries. That's the American way.

The impending deportation of Mauricio Perozin is perverse and obscene and gratuitously cynical because he is currently in the pipeline to receive a green card to legalize his status. His sister, Simone Harris, a naturalized citizen, is his sponsor.

"It's just a backlog. It will be approved," says Camila Valenzuela, Perozin's lawyer. "It's just a matter of time."

Perozin's wife, Lisia, said that mid-level ICE officials are nice enough, but they have shrugged their shoulders, saying the decision to ignore the fact that Mauricio is in line to become a legal resident was made by people in higher pay grades.

An ICE statement on Thursday insisted Perozin had been afforded full legal process in his case.

So, let's recap: ICE is going to deport a man who is the main breadwinner for a family whose American-born children will be forced to go on public assistance, and might even become homeless, even though he is eligible for and has applied to become a legal resident.

Does that make any sense to you?

Does that have any moral currency with you?

This government, our government, is going to needlessly split up a family, needlessly make them destitute, and needlessly force the father to leave the United States for a country he hasn't called home in some 20 years simply because it can.

Mauricio Perozin has been ordered by ICE to show up at ICE offices in Burlington at 8 a.m. Monday with a one-way ticket to Panama. From there, he is expected to make it back to Brazil.

But then there's something deeply disturbing about how ICE, under the Trump administration, has been unleashed like reckless, baying hounds, sicced without discretion — not on armed criminals who could shoot or fight back, but on ordinary, working, church-going people like Mauricio Perozin.

Lisia Perozin told me her 10-year-old son, Misael, is too young to understand what is about to happen to their family. Her 15-year-old daughter Kezya is not as fortunate. The girl is wracked with anxiety and depression.

I wanted to catch up with Mauricio and wish him good luck in his next meeting with ICE. But he was too busy working at the dealership in Leominster. He's taking every available hour of work he can get.

I don't know how anyone who works for ICE can look in the mirror when they spend so much of their limited time and resources going after people like Mauricio Perozin instead of locking up criminals in Lawrence or Chelsea or East Boston or just about any urban neighborhood in Massachusetts and beyond who cause havoc — not primarily in places with well-kept lawns where many of those who work for the government live, but mostly in communities filled with other immigrants.

Kevin Cullen is a Globe columnist. He can be reached at cullen@globe.com.
--
****
Juan
Patriotism is not a short and frenzied outburst of emotion but the tranquil and steady dedication of a lifetime.
- Adlai Stevenson