Something to Know - 2 November

Too many news stories to try and sort through, and besides, I have a coffee discussion group on Thursday mornings, so I gotta make this quick.  This one makes sense to pass on.
https://www.nytimes.com/2017/11/01/opinion/trump-kelly-republicans-history.html?emc=eta1

Seven Bizarre Notions Trump and His Team Have About America 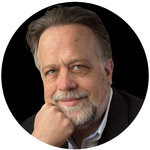 President Trump, his motley crew of White House and cabinet ideologues, and many other Republicans claim to have a better understanding of American values, traditions and history than the rest of us. They are the "real Americans," as the historically illiterate Sarah Palin loved to say many times a day.
But a great many of their notions about America are deeply puzzling at best and, at worst, truly scary ideas infused with racism and intolerance of dissent.
The list defies comprehensive accounting. (Time magazine has to keep updating a handy guide to the world according to Trump that it started after his first 100 days in office.) But here are some of my favorites.
The Civil War: Back in August, after racists marched in Charlottesville to defend monuments to those who fought to preserve slavery, Trump's lawyer, John Dowd, forwarded around an email saying that there was "literally no difference" between George Washington and Robert E. Lee.
More recently, John Kelly, the White House chief of staff, told Laura Ingraham on Fox News that the "lack of an ability to compromise led to the Civil War."
What possible compromise could there have been over slavery? But it's also false history. There were plenty of "compromises." All of them enshrined the evil institution of slavery and made the civil war more likely, not less.
It might be tempting to write Kelly's remarks off as the ravings of a man whose boss must drive him crazy on a daily basis and who had earlier talked of a mythical time when women in America were held "sacred" (by blocking their career aspirations and paying them less than men, denying them birth control and access to abortions, and refusing them the right to vote for more than a half-century after the Civil War).
But Trump's press secretary, Sarah Huckabee Sanders, picked up Kelly's false history the next day. There was, she said, "pretty strong consensus" among people from "the left, the right, the North and the South" that a failure to compromise caused the war.
Questioning the military: Kelly, a retired four-star Marine general, lied on Oct. 19 about a speech given by Representative Frederica Wilson of Florida when he was making his defense of Trump's conversation with the widow of an American soldier.
Asked about that later, Sanders said, "If you want to go after General Kelly, that's up to you, but I think if you want to get into a debate with a four-star Marine general, I think that's something highly inappropriate."
Because, of course, there is a "sacred" tradition that people with four stars on their uniform's shoulders are unassailably honest and decent. Like, for example, William Westmoreland, who lied for years to the American people about the course of the war in Vietnam. Or Alexander Haig, who as secretary of state declared that he was in charge of the White House when Ronald Reagan was shot by a would-be assassin.
Gen. Curtis Lemay, who ran for vice president with George Wallace in 1968, once said, "There are no innocent civilians" and that "it doesn't bother me so much to be killing the so-called innocent bystanders."
Torture: On Jan. 26, Trump told Sean Hannity on Fox News that "waterboarding was just short of torture when — you know, all of a sudden, they made it torture."
Waterboarding was considered torture by the United States and most of the rest of the planet from the Spanish Inquisition until President George W. Bush declared for self-serving reasons that it was not torture.
Who's alive, who's dead and who's a Republican: In February, Trump declared that Frederick Douglass "has done an amazing job" and is "being recognized more and more." By then, Douglass had been dead for 122 years and had been recognized by every student who made it past third-grade history.
A month later, Trump said "most people don't even know" that Abraham Lincoln was a Republican and suggested that "we have to build that up a little more." Again, third-grade history. And I challenge you to find a modern-day Republican who has not at some point referred to his or her party as "the party of Lincoln."
Human trafficking: Defending his Mexican border wall in April, Trump said that "there is a problem that nobody talks about but it's a problem that's probably worse than at anytime in the history of this world. Human trafficking is what's going on."
Apart from the fact that human trafficking has been subject of intense discussion for many years, the Trumpian history ignores far worse examples — like, say, slavery.
Civil rights: Speaking of slavery, in September 2016, Trump said that "our African-American communities are absolutely in the worst shape they've ever been in before. Ever. Ever. Ever."
World War II: In February, Trump said: "We won World War II in three and a half years; we ought to be able to modernize our air traffic control system."
Our historian in chief might want to run that one by his buddy Vladimir Putin, who thinks, as many Russians do, that the long and bloody fight his country waged against Hitler was what made it possible to end the war after six years.
There are many more examples. But the grim truth is that as bad as Trump's offenses are against history, his offenses against our times are worse.
--
****
Juan
Patriotism is not a short and frenzied outburst of emotion but the tranquil and steady dedication of a lifetime.
- Adlai Stevenson