Something to Know - 24 February Last night, a story broke that the White House contacted the FBI to have them kill and "knock down" reports about Trump and associates constant communications with the Russians during the campaign.   The FBI in effect blew it all back and said NO.   There is an existing protocol and law that prohibits the Executive Branch of our government from meddling with the FBI on any on-going investigation.   Apparently there is substance to the suspicions and the FBI continues to investigate, but not yet release its findings.  If this behavior had occurred with anyone in the Obama administration, the Republicans would have already started a Congressional Investigation.   We should be interested in what the FBI is investigating and finding.  Please recall, that Watergate started out from a night watchman finding an unlocked door being held open by a piece of tape to prevent it from closing.   I want to hear the Spice guy dance around this one, and we will miss Kelly Anne Gonaway inventing new terms and words to explain this one.  Melissa McCarthy will have more material to work with, that's for sure.  What is interesting, is that the NY and LA Times, and the Washington Post have no mention of this, while CNN (exclusive story below), ABC News, and Huffington Post have it front and center:
http://www.cnn.com/2017/02/23/politics/fbi-refused-white-house-request-to-knock-down-recent-trump-russia-stories/index.html

Boehner: Repeal and replace not going to happen

Axelrod: This is outrageous

Audience to Trump: Lock her up

Trump: I'm not representing the globe

Trump: We will keep radical Islamic terrorists the hell out

Trump: We will repeal and replace Obamacare

Trump: We are fighting fake news

Boehner: Repeal and replace not going to happen

Axelrod: This is outrageous

Audience to Trump: Lock her up

Trump: I'm not representing the globe

Trump: We will keep radical Islamic terrorists the hell out

Trump: We will repeal and replace Obamacare

Trump: We are fighting fake news

Washington (CNN)The FBI rejected a recent White House request to publicly knock down media reports about communications between Donald Trump's associates and Russians known to US intelligence during the 2016 presidential campaign, multiple US officials briefed on the matter tell CNN.

But a White House official said late Thursday that the request was only made after the FBI indicated to the White House it did not believe the reporting to be accurate.
White House officials had sought the help of the bureau and other agencies investigating the Russia matter to say that the reports were wrong and that there had been no contacts, the officials said. The reports of the contacts were first published by The New York Times and CNN on February 14.
The direct communications between the White House and the FBI were unusual because of decade-old restrictions on such contacts. Such a request from the White House is a violation of procedures that limit communications with the FBI on pending investigations.
Late Thursday night, White House press secretary Sean Spicer objected to CNN's characterization of the White House request to the FBI.
"We didn't try to knock the story down. We asked them to tell the truth," Spicer said. The FBI declined to comment for this story. 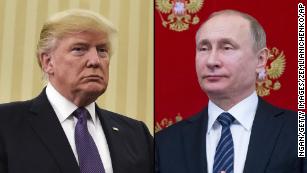 Trump aides were in constant touch with senior Russian officials during campaign
The discussions between the White House and the bureau began with FBI Deputy Director Andrew McCabe and White House Chief of Staff Reince Priebus on the sidelines of a separate White House meeting the day after the stories were published, according to a US law enforcement official.
The White House initially disputed that account, saying that McCabe called Priebus early that morning and said The New York Times story vastly overstates what the FBI knows about the contacts.
But a White House official later corrected their version of events to confirm what the law enforcement official described.
The same White House official said that Priebus later reached out again to McCabe and to FBI Director James Comey asking for the FBI to at least talk to reporters on background to dispute the stories. A law enforcement official says McCabe didn't discuss aspects of the case but wouldn't say exactly what McCabe told Priebus.
Comey rejected the request for the FBI to comment on the stories, according to sources, because the alleged communications between Trump associates and Russians known to US intelligence are the subject of an ongoing investigation.
The White House did issue its own denial, with Priebus calling The New York Times story "complete garbage."
"The New York Times put out an article with no direct sources that said that the Trump campaign had constant contacts with Russian spies, basically, you know, some treasonous type of accusations. We have now all kinds of people looking into this. I can assure you and I have been approved to say this -- that the top levels of the intelligence community have assured me that that story is not only inaccurate, but it's grossly overstated and it was wrong. And there's nothing to it," Preibus said on "Fox News Sunday" last weekend.
CNN has previously reported that there was constant communication between high-level advisers to then-candidate Trump, Russian officials and other Russians known to US intelligence during the summer of 2016.
Several members of the House and Senate Intelligence Committees tell CNN that the congressional investigations are continuing into those alleged Russian contacts with the Trump campaign, despite Priebus' assertion that there is nothing to those reports.
It is uncertain what the committees will eventually find and whether any of the information will ever be declassified and publicly released. But the push to investigate further shows that Capitol Hill is digging deeper into areas that may not be comfortable for the White House.
The Trump administration's efforts to press Comey run contrary to Justice Department procedure memos issued in 2007 and 2009 that limit direct communications on pending investigations between the White House and the FBI.
"Initial communications between the [Justice] Department and the White House concerning pending or contemplated criminal investigations or cases will involve only the Attorney General or the Deputy Attorney General, from the side of the Department, and the Counsel to the President, the Principal Deputy Counsel to the President, the President, or the Vice President from the side of the White House," reads the 2009 memo.
The memos say the communication should only happen when it is important for the President's duties and where appropriate from a law enforcement perspective.
A Department of Justice spokesman said Attorney General Jeff Sessions is reviewing the memos and that "the Department is following the guidelines in its communications with the White House."
The effort to refute the CNN and New York Times stories came as increasing numbers of congressional members were voicing concern about Russia's efforts to influence individuals with ties to Trump.
On February 17, the Senate Select Committee on Intelligence held a briefing with Comey. It's unclear what was said, but senators suggested there was new information discussed about Russia.
"Every briefing we go through we gain new information," said Sen. James Lankford of Oklahoma, a member of the committee. Lankford declined to be more specific about the briefing.
Sen. Angus King of Maine also declined to reveal what was discussed during the Comey briefing. In response to a question on Priebus' strong denial of the claims, King said he was "surprised" that Priebus would be "that categorical."
Rep. Eric Swalwell of California, a Democratic member of the House Intelligence Committee, said the goal of his panel's inquiry is to follow "leads wherever they go even if they may be uncomfortable to Republicans."
"The American public will want to know if the President had personal or financial ties to the Russian government," Swalwell said.
UPDATED: This story has been updated to reflect new information and comment from the White House.