Something to Know - 28 March 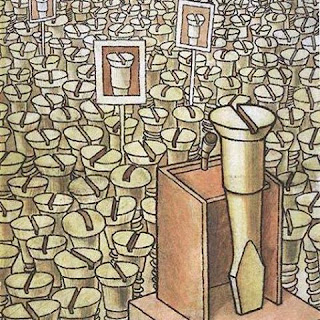 The passing of Antonin Scalia has created a situation whereby a case being heard by the Supreme Court can result in a 4-4 tie.  The result is that the lower court ruling will stand.   This article results in a victory for labor unions, today:

The Supreme Court announced a tie vote today in what labor law experts had called a "life-or-death" case for public employee unions.

The split decision preserves a long-standing rule that requires about half of the nation's teachers, transit workers and other public employees to pay a "fair share fee" to support their union.

The tie vote will come as a relief to union officials who feared the conservative court was on the brink of striking down the pro-union laws that authorized these fees.

But the death of Justice Antonin Scalia left the court without a majority to rule on the issue.

It's also the strongest sign yet that the court's conservatives cannot muster a majority to rule in their favor. At the oral argument in December, it looked as though the mandatory union dues would be struck down.

The National Education Assn. -- the nation's largest union, with 3 million members -- hailed the decision as a victory.

The justices, following their usual practice, issued a short statement saying they had affirmed the lower court ruling by a tie vote.

However, employees who do not support their union do not have to pay dues to support the union's political activity.In this case, Friedrichs vs. California Teachers Assn., the 9th Circuit Court of Appeals had rejected the claim of an Orange County teacher who contended it violated her free-speech rights to be forced to support the union she opposed. The appeals court judges said they relied on a Supreme Court ruling from 1977 which had upheld laws that required public employees to help pay the cost of collective bargaining on the theory that all benefit to some degree.

California and more than 20 other states have laws that authorized such arrangements between unions and public agencies, including school boards.

If a majority of the employees vote for a union, the contract can require that all employees must pay a fee.

If the high court had overturned its 1977 precedent and struck down these fees on 1st Amendment grounds, the decision could have had a crippling effect on public employee unions. Their officials feared that many employees, even those who favored the union, would choose not to pay the fees to support one if they were free to do so.