Something to Know - 2 February

Lots of buzz going on this morning about the results in Iowa.   Pundits speculate, and the media has its spin on the placement and predictions.  Of course, it is all too early to tell.  This morning, I have read and and seen a lot, and nothing really got me, until I read this article. Something for you to ponder:
http://www.nytimes.com/2016/02/02/opinion/campaign-stops/how-both-parties-lost-the-white-middle-class.html?emc=eta1

How Both Parties Lost the White Middle Class 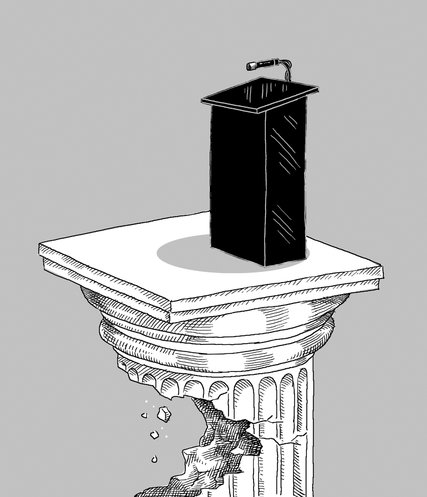 LONG after the dust settles in Iowa — and New Hampshire, and even the 2016 campaign itself — one question will remain: Why, after decades of supporting the liberal and conservative establishments, did the white middle-class abandon them? Wherever Donald J. Trump and Bernie Sanders end up, their candidacies represent a major shift in American politics. Since World War II our political culture has been organized around the needs, fears and aspirations of white middle-class voters in ways that also satisfied the interests of the rich and powerful. That's no longer true.

As we know, the rich are now quite a bit richer. In itself, this need not disrupt the old political consensus. More decisive is the fact that the white middle class is in decline, both economically and culturally.

This story of decline is often told in racial and ethnic terms: White America is being displaced by a multicultural America, and especially on the right, voters are retreating to racist posturing. There may be some truth to this story, but for the most part it's a huge distraction.

In fact, the real cleavage is not interracial, but intra-racial: The populism we're seeing stems entirely from the collision of whites who flourish in the global economy — and amid the cultural changes of the last 50 years — with those who don't.

First, there are the consequences of the great success of the upper middle class, which today lives in a separate world of well-manicured neighborhoods with good schools, intact families and cultural confidence. We compliment ourselves that a generally meritocratic system is open to far more people than was true 50 years ago. And it has been — but the resulting culture of ambition paradoxically erodes middle-class confidence. Today, the vast middle of the middle fears that unless you're on the way up, you're on the way down.

And it's not just competitiveness that is eroding the white middle class. When I was coming of age in the 1970s, drug use was already undermining the white middle class. Since then marriage rates among high school-educated whites have declined and illegitimacy has increased. A priest I know serves three small-town parishes in rural, white Pennsylvania. I asked about his pastoral challenges. The biggest: Grandparents parenting their grandchildren, as their own children are too messed up to raise them.

Cultural instability compounds economic instability. A person near the median in our society is on shaky ground. He feels that what was once reliable is now eroding. This is as much a source of today's middle-class anxiety as stagnant household incomes.

What's striking — and crucial for understanding our populist moment — is the fact that the leadership cadres of both parties aren't just unresponsive to this anxiety. They add to it.

The intelligentsia on the left rarely lets a moment pass without reminding us of the demographic eclipse of white middle-class voters. Sometimes, those voters are described as racists, or derided as dull suburbanites who lack the élan of the new urban "creative class." The message: White middle-class Americans aren't just irrelevant to America's future, they're in the way.

Conservatives are no less harsh. Pundits ominously predict that the "innovators" are about to be overwhelmed by a locust blight of "takers." The message: If it weren't for successful people like us, middle-class people like you would be doomed. And if you're not an entrepreneurial "producer," you're in the way.

Is it any surprise that white middle-class voters are in rebellion?

Our political history since the end of World War II has turned on the willingness of white middle-class voters to rally behind great causes in league with the wealthy and political elite: Resist Communism! Send a man to the moon! Overcome racism! Protect the environment! Today, white middle-class voters want to be reassured that they can play an active role in politics. They want someone to appeal to their sense of political self-worth, not just their interests.Democratic and Republican Party establishments appeal to the interests of these voters, promising to protect them (Democrats) or spur growth that will renew economic opportunity (Republicans). But these appeals miss the point.

This is precisely what Mr. Trump and Mr. Sanders offer. Mr. Trump speaks about restoring American greatness, rhetorical gestures akin to Barack Obama's vague 2008 slogan, "Yes, we can." We can mock both as empty. But voters who feel disempowered and marginalized latch on to this promise. They want to be partners with the rich and powerful in defining our future as a country, not recipients of their benevolent ministrations, which explains why they're untroubled by Mr. Trump's great wealth.

Every weekday, get thought-provoking commentary from Op-Ed columnists, The Times editorial board and contributing writers from around the world.

Mr. Sanders also appeals to the strong desire that the white middle class has to recover its central role in the national project. While he attracts support from a wealthier stratum of the middle class than Mr. Trump, the appeal is the same. He asks them to join him in fundamentally remaking our political economy. We can dismiss his socialism as an unworkable throwback, but he's doing something our political establishment can't or won't: asking middle-class voters to undertake a nation-defining transformation.

If these candidates have traction, it's because over the last two decades our political elites, themselves almost entirely white, have decided, for different reasons, that the white middle class has no role to play in the multicultural, globalized future they envision, a future that they believe they will run. This primary season will show us whether or not they're right.

R.R. Reno is the editor of First Things.