Something to Know - 22 September

There is the occasion when something is so obviously wrong, that seemingly nothing can come to its defense.  In the interest of seeking huge sums of capital to provide funding for more pharmaceutical research (or paying off investors for previous losses), a hedge fund manager buys a company that has been manufacturing a specialty drug for decades and immediately raises the price by FIVE THOUSAND percent.   This screams for the regulation of Big Pharma and possibly more harsh reform.  Why is Medicare unable to negotiate the price of drugs like the VA does?  There is too much money, and too much greed involved, and it is the weakest and the sickest who get screwed.  Can we change all of this?:
http://www.nytimes.com/2015/09/21/business/a-huge-overnight-increase-in-a-drugs-price-raises-protests.html

Specialists in infectious disease are protesting a gigantic overnight increase in the price of a 62-year-old drug that is the standard of care for treating a life-threatening parasitic infection.

The drug, called Daraprim, was acquired in August by Turing Pharmaceuticals, a start-up run by a former hedge fund manager. Turing immediately raised the price to $750 a tablet from $13.50, bringing the annual cost of treatment for some patients to hundreds of thousands of dollars.

"What is it that they are doing differently that has led to this dramatic increase?" said Dr. Judith Aberg, the chief of the division of infectious diseases at the Icahn School of Medicine at Mount Sinai. She said the price increase could force hospitals to use "alternative therapies that may not have the same efficacy."

Turing's price increase is not an isolated example. While most of the attention on pharmaceutical prices has been on new drugs for diseases like cancer, hepatitis C and highcholesterol, there is also growing concern about huge priceincreases on older drugs, some of them generic, that have long been mainstays of treatment. 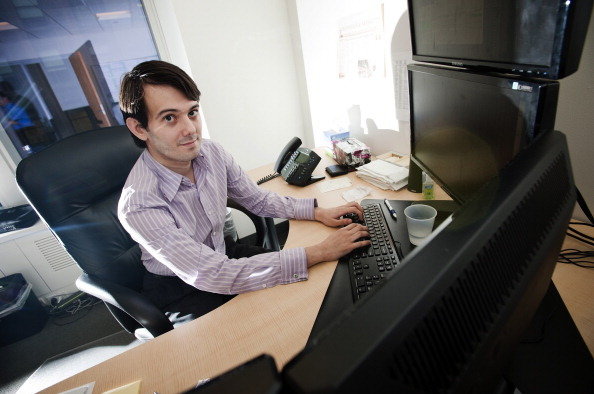 Martin Shkreli is the founder and chief executive of Turing Pharmaceuticals, which raised the price of the drug Daraprim to $750 a tablet from $13.50. CreditPaul Taggart/Bloomberg, via Getty Images

Although some price increases have been caused by shortages, others have resulted from a business strategy of buying old neglected drugs and turning them into high-priced "specialty drugs."

Cycloserine, a drug used to treat dangerous multidrug-resistant tuberculosis, was just increased in price to $10,800 for 30 pills from $500 after its acquisition by Rodelis Therapeutics. Scott Spencer, general manager of Rodelis, said the company needed to invest to make sure the supply of the drug remained reliable. He said the company provided the drug free to certain needy patients.

In August, two members of Congress investigating generic drug price increases wrote to Valeant Pharmaceuticals after that company acquired two heart drugs, Isuprel and Nitropress, from Marathon Pharmaceuticals and promptly raised their prices by 525 percent and 212 percent respectively. Marathon had acquired the drugs from another company in 2013 and had quintupled their prices, according to the lawmakers, SenatorBernie Sanders, the Vermont independent who is seeking the Democratic nomination for president, and Representative Elijah E. Cummings, Democrat of Maryland.

The Infectious Diseases Society of America and the HIV Medicine Association sent a joint letter to Turing earlier this month calling the price increase for Daraprim "unjustifiable for the medically vulnerable patient population" and "unsustainable for the health care system." An organization representing the directors of state AIDS programs has also been looking into the price increase, according to doctors and patient advocates.

Daraprim, known generically as pyrimethamine, is used mainly to treattoxoplasmosis, a parasite infection that can cause serious or even life-threatening problems for babies born to women who become infected during pregnancy, and also for people with compromised immune systems, like AIDS patients and certain cancer patients.

AdvertisementMartin Shkreli, the founder and chief executive of Turing, said that the drug is so rarely used that the impact on the health system would be minuscule and that Turing would use the money it earns to develop better treatments for toxoplasmosis, with fewer side effects.

"This isn't the greedy drug company trying to gouge patients, it is us trying to stay in business," Mr. Shkreli said. He said that many patients use the drug for far less than a year and that the price was now more in line with those of other drugs for rare diseases.

"This is still one of the smallest pharmaceutical products in the world," he said. "It really doesn't make sense to get any criticism for this."

This is not the first time the 32-year-old Mr. Shkreli, who has a reputation for both brilliance and brashness, has been the center of controversy. He started MSMB Capital, a hedge fund company, in his 20s and drew attention for urging the Food and Drug Administration not to approve certain drugs made by companies whose stock he was shorting.

In 2011, Mr. Shkreli started Retrophin, which also acquired old neglected drugs and sharply raised their prices. Retrophin's board fired Mr. Shkreli a year ago. Last month, it filed a complaint in Federal District Court in Manhattan, accusing him of using Retrophin as a personal piggy bank to pay back angry investors in his hedge fund.

Mr. Shkreli has denied the accusations. He has filed for arbitration against his old company, which he says owes him at least $25 million in severance. "They are sort of concocting this wild and crazy and unlikely story to swindle me out of the money," he said.

Martin Shkreli, the chief executive of Turing Pharmaceuticals, explains the increase in drug prices in a CNBC interview.

By CNBC on Publish DateSeptember 21, 2015. Photo by CNBC. Watch in Times Video »

Daraprim, which is also used to treat malaria, was approved by the F.D.A. in 1953 and has long been made by GlaxoSmithKline. Glaxo sold United States marketing rights to CorePharma in 2010. Last year, Impax Laboratories agreed to buy Core and affiliated companies for $700 million. In August, Impax sold Daraprim to Turing for $55 million, a deal announced the same day Turing said it had raised $90 million from Mr. Shkreli and other investors in its first round of financing.

Daraprim cost only about $1 a tablet several years ago, but the drug's price rose sharply after CorePharma acquired it. According to IMS Health, which tracks prescriptions, sales of the drug jumped to $6.3 million in 2011 from $667,000 in 2010, even as prescriptions held steady at about 12,700. In 2014, after further price increases, sales were $9.9 million, as the number of prescriptions shrank to 8,821. The figures do not include inpatient use in hospitals.

Turing's price increase could bring sales to tens or even hundreds of millions of dollars a year if use remains constant. Medicaid and certain hospitals will be able to get the drug inexpensively under federal rules for discounts and rebates. But private insurers, Medicare and hospitalized patients would have to pay an amount closer to the list price.

Some doctors questioned Turing's claim that there was a need for better drugs, saying the side effects, while potentially serious, could be managed.

"I certainly don't think this is one of those diseases where we have been clamoring for better therapies," said Dr. Wendy Armstrong, professor of infectious diseases at Emory University in Atlanta.

With the price now high, other companies could conceivably make generic copies, since patents have long expired. One factor that could discourage that option is that Daraprim's distribution is now tightly controlled, making it harder for generic companies to get the samples they need for the required testing.

Some hospitals say they now have trouble getting the drug. "We've not had access to the drug for a few months," said Dr. Armstrong, who also works at Grady Memorial Hospital, a huge public treatment center in Atlanta that serves many low-income patients.

But Dr. Rima McLeod, medical director of the toxoplasmosis center at the University of Chicago, said that Turing had been good about delivering drugs quickly to patients, sometimes without charge.

"They have jumped every time I've called," she said. The situation, she added, "seems workable" despite the price increase.

Daraprim is the standard first treatment for toxoplasmosis, in combination with an antibiotic called sulfadiazine. There are alternative treatments, but there is less data supporting their efficacy.

Dr. Aberg of Mount Sinai said some hospitals will now find Daraprim too expensive to keep in stock, possibly resulting in treatment delays. She said that Mount Sinai was continuing to use the drug, but each use now required a special review.

"This seems to be all profit-driven for somebody," Dr. Aberg said, "and I just think it's a very dangerous process."

Wherever the art of medicine is loved, there is also a love of humanity.