Something to Know - 10 February

In the matter of Brian Williams and his "conflation" of the facts and story about what he reported on about 12 years ago, the fan has been hit and keeps turning.  It has become more than just a minor fib or misspeaking.  Walter Cronkite left us with his legend and perhaps the bar to which all subsequent anchors are judged.   What is at stake is three things: (1) What is to become of Brian - does he take a short leave and come back to the same spot, or (2) What becomes of the reputation of NBC  NEWS if he does return - does this compromise them in any way by allowing him to do the same job with his tainted reputation, or (3) Will the viewer ratings for the NBC Nightly News plunge and sponsors abandon him and the program?  I think what will occur is that money will rule the day, and Brian Williams will have to leave the anchor spot:
http://www.nytimes.com/2015/02/10/opinion/david-brooks-the-act-of-rigorous-forgiving.html?emc=edit_th_20150210&nl=todaysheadlines&nlid=2318049&_r=0

The Act of Rigorous Forgiving 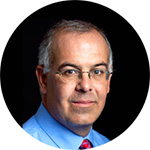 There's something sad in Brian Williams's need to puff up his Iraq adventures and something barbaric in the public response.

The sad part is the reminder that no matter how high you go in life and no matter how many accolades you win, it's never enough. The desire for even more admiration races ahead. Career success never really satisfies. Public love always leaves you hungry. Even very famous people can do self-destructive things in an attempt to seem just a little cooler.

I've only spoken with Williams a few times, and can't really speak about the man (though I often appear on NBC News's "Meet the Press"), but I do think we'd all be better off if we reacted to these sorts of scandals in a different way. The civic fabric would be stronger if, instead of trying to sever relationships with those who have done wrong, we tried to repair them, if we tried forgiveness instead of exiling.The barbaric part is the way we respond to scandal these days. When somebody violates a public trust, we try to purge and ostracize him. A sort of coliseum culture takes over, leaving no place for mercy. By now, the script is familiar: Some famous person does something wrong. The Internet, the most impersonal of mediums, erupts with contempt and mockery. The offender issues a paltry half-apology, which only inflames the public more. The pounding cry for resignation builds until capitulation comes. Public passion is spent and the spotlight moves on.

Forgiveness is often spoken of in sentimental terms — as gushy absolution for everything, regardless of right or wrong. But many writers — ranging from Hannah Arendt and the Rev. Dr. Martin Luther King Jr. to modern figures like Jeffrie Murphy and L. Gregory Jones — have tried to think hard about rigorous forgiveness, which balances accountability with compassion.

Pre-emptive mercy. Martin Luther King Jr. argued that forgiveness isn't an act; it's an attitude. We are all sinners. We expect sin, empathize with sin and are slow to think ourselves superior. The forgiving person is strong enough to display anger and resentment toward the person who has wronged her, but she is also strong enough to give away that anger and resentment.

In this view, the forgiving person makes the first move, even before the offender has asked. She resists the natural urge for vengeance. Instead, she creates a welcoming context in which the offender can confess.

Judgment. A wrong is an occasion to re-evaluate. What is the character of the person in question? Should a period of stupidity eclipse a record of decency?

It's also an occasion to investigate each unique circumstance, the nature of each sin that was committed and the implied remedy to that sin. Some sins, like anger and lust, are like wild beasts. They have to be fought through habits of restraint. Some sins like bigotry are like stains. They can only be expunged by apology and cleansing. Some like stealing are like a debt. They can only be rectified by repaying. Some, like adultery, are more like treason than like crime; they can only be rectified by slowly reweaving relationships. Some sins like vanity — Williams's sin — can only be treated by extreme self-abasement.

During the judgment phase, hard questions have to be asked so that in forgiving we don't lower our standards.

Confession and Penitence. At some point the offender has to get out in front of the process, being more self-critical than anyone else around him. He has to probe down to the root of his error, offer a confession more complete than expected. He has to put public reputation and career on the back burner and come up with a course that will move him toward his own emotional and spiritual recovery, to become strongest in the weakest places.

Reconciliation and re-trust. After judgments have been made and penitence performed, both the offender and offended bend toward each other. As Martin Luther King Jr. said, trust doesn't have to be immediate, but the wrong act is no longer a barrier to a relationship. The offender endures his season of shame and is better for it. The offended are free from mean emotions like vengeance and are uplifted when they offer kindness. The social fabric is repaired. Community solidarity is strengthened by the reunion.

I guess I think Brian Williams shouldn't have to resign, for the reason David Carr emphasized in The Times: Williams's transgressions were not part of his primary job responsibilities. And because I think good people are stronger when given second chances.

But the larger question is how we build community in the face of scandal. Do we exile the offender or heal the relationship? Would you rather become the sort of person who excludes, or one who offers tough but healing love?

And that's the way it is.