This op-ed piece is being shared to point out one, of several, possible reactions to the violent acts of terrorism.   There is no easy solution, and none is offered here.   To advocate one or an other, a possible dangerous reaction exists with any choice.   With our Bill of Rights in one hand and repressive laws on the other, how or what do we do?:
http://www.nytimes.com/2015/01/24/opinion/why-tolerate-terrorist-publications.html?hp&action=click&pgtype=Homepage&module=c-column-top-span-region&region=c-column-top-span-region&WT.nav=c-column-top-span-region

WHILE most of us would agree that religious fundamentalists, foreign and domestic, sometimes do serious harm to our society, there are other kinds of fundamentalists who are also dangerous: I refer to legal fundamentalists.

More precisely, the tranche of lawyers, academicians, journalists and publishers who, over the years, have developed into First Amendment fundamentalists and have become a powerful influence on our government. Currently, they appear to have persuaded our attorney general that the amendment bars him from taking action against Inspire magazine, published on the Internet by Al Qaeda in the Arabian Peninsula.

The organization is a sworn enemy of the United States, and its web publication is available throughout the land. The online magazine proclaims its goals of providing inspiration and justification to inflict harm on the United States as well as Britain, France and other countries, by killing its citizens, preferably in large numbers. It encourages its readers to engage in attacks. 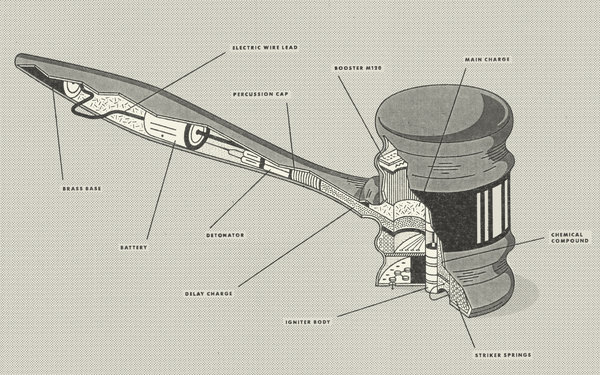 The magazine has given instructions for building car bombs as well as pressure-cooker bombs using material from a kitchen or a hardware store. Those instructions were followed to the letter by the Tsarnaev brothers, who murdered three and sent 264 to hospitals in the 2013 Boston Marathonbombing.

It also — in its issue this past Christmas Eve — shared a new bomb recipe aimed at bringing down civilian airliners. According to Inspire, the new bomb would not be detected by the Transportation Security Administration metal detectors, only potentially by sniffer machines. But even if detected, the bomb probably wouldn't be discovered, the publication says, without probing into orifices that a T.S.A. officer might be reluctant to visit.

In Britain, possession of the online magazine is a crime. Is this publication protected by our First Amendment? Not on your life!

In 1791, our forebears, anxious lest the new government adopt some of the restrictions that had been imposed by the king, adopted a basic commandment barring the government from making any law "abridging the freedom of speech."

For example, threats are not protected because they provide no social value. The idea behind the First Amendment, wrote the founders, was that the citizens be free to criticize their government. And over the next several centuries, our courts have developed a great body of law refining and expanding that concept. In the area of national security and politics, there are no wrong ideas, and free speech is indispensable to the disclosure of truth.

The most recent and most expansive Supreme Court decision on protected speech in the context of national security was the Brandenburg case in 1969, which struck down an Ohio law that criminalized advocacy of crime, violence or terrorism as a means of accomplishing political reform. The statute was unconstitutional, the court said, because political speech is protected unless it is "directed to inciting or producing imminent lawless action and is likely to incite or produce such action." Because this Ohio statute did not adequately distinguish between abstract advocacy versus true incitement to imminent action, the conviction of Clarence Brandenburg, a Ku Klux Klan leader, was reversed.

In looking at the question of what speech is protected and what is not, courts have always looked to context. For example, every Supreme Court decision on this subject recognizes war as an exception to the First Amendment, even though the Constitution says no such thing. The classic example cited by the older cases is recognition of the government's unfettered right, in time of war, to ban the publication of information revealing the sailing dates of troop transports. Ten years after Brandenburg, a district judge in the United States v. Progressive case enjoined the publication of classified nuclear bomb formulas. The court found that times had changed, war was no longer limited to foot soldiers who travel to battle sites on troop transports, and even though it was not clear that a reader would imminently "build a hydrogen bomb in the basement," the scope of the danger overwhelmed the imminence factor.

The balancing act was succinctly explained by Robert W. Warren, the district court chief judge who, when referring to Patrick Henry's famous liberty-or-death choice, wrote, "in the short run, one cannot enjoy freedom of speech, freedom to worship, freedom of the press unless one first enjoys the freedom to live."

The balancing test must look at what is real. The measurement of imminence changes when we are talking about detonating a nuclear bomb in New York City as opposed to an unlicensed rally blocking the Brooklyn Bridge.

The federal government should move decisively to block Inspire on the web. It is criminal incitement that has produced lawless action, and no sentient judge would today say otherwise.

It is one thing for Attorney General Eric H. Holder Jr. to excuse the journalist James Risen from revealing a book source, and quite another to permit virulent enemies to recruit, train and support those who would destroy our country. If we sanction this kind of so-called freedom, we risk horrible consequences. The Paris killings are small stuff compared with what would happen if our civilian airline system were crippled. I fear that in response to more terrorism, we would see repression on a terrifying scale.

An earlier version of this article inaccurately described recent events in Paris in one reference. They were killings, not a bombing.