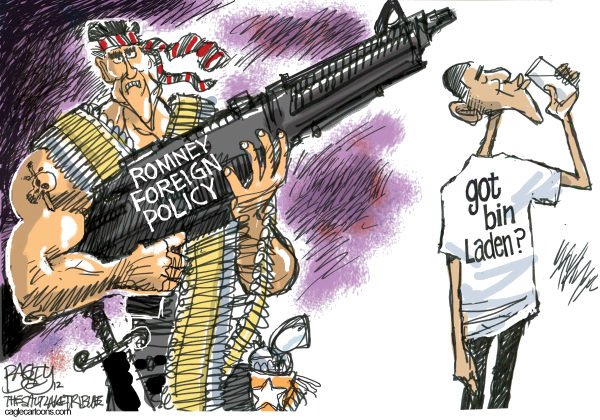 1. Four guys who ran against Willard are on record as to why allowing Romney to be the nominee would be a disaster.  Here it is - all documented, ready for prime-time etch-a-sketch attempts:
http://www.alternet.org/story/155208/4_reasons_gop_presidential_hopefuls_said_mitt_romney_would_be_a_disaster/?page=entire
2.  The GeeOpee is having a very difficult time accepting the demise of Osama at the hands of Obama:
http://www.nationalmemo.com/why-obamas-bin-laden-ad-drives-republicans-crazy/
3.  The Mitt-Bott campaign advisor who originated the phrase of "etch-a-sketch" for the new strategy is a real pip.  He's back at it again claiming that Obama stole the idea of bailing out GM - even in light of Romney's op-ed piece in the NY Times that advocated letting GM go bankrupt.   They are either helpless incompetents in the Romney camp, or delusional:
http://www2.nationalmemo.com/etch-a-sketch-adviser-obama-stole-mitts-idea-for-auto-bailout/
4.  Thom Hartmann tells you about some stuff that I am not really covering elsewhere on this page:
http://truth-out.org/news/item/8847-on-the-news-with-thom-hartmann-cispa-might-be-another-example-of-bought-and-paid-for-legislation-and-more
5.  Katrina vanden Heuvel writes about a form of supportive tuition for college students, so that there is not this huge burden upon them in their early years in a career.   Of course the banks highly favor the interest they pay on over $1 Trillion of the incurred debt.  I would really like to incorporate this program into my favorite subject of bring back the draft in a National Service program with military service as well as Peace Corps and other programs in a mandatory program for all, where there is higher education support for all.  Our country can do this, and should do this:
http://www.washingtonpost.com/opinions/free-college-we-can-afford-it/2012/05/01/gIQAeFeltT_print.html
6.  An openly gay advisor in the Romney campaign found it necessary to quit because of the pressure from the intolerant Republicans who questioned the wisdom of having such a person associated with the group.  So, what else is new with the intolerant right?:
http://takingnote.blogs.nytimes.com/2012/05/01/what-a-long-way-republicans-have-come/?pagemode=print
7.  The NY TImes editorial board expected a bit more specific information from Obama on just exactly what the plan is for our continued presence in Afghanistan.   Meanwhile, Romney and Giuliani are having pizza at ground zero:
http://www.nytimes.com/2012/05/02/opinion/missed-chance.html?_r=1&ref=opinion&pagewanted=print
8.  Bits and pieces are emerging that indicate that economy is trending upward.  However, it is not a robust move, but in small steps:
http://www.latimes.com/business/money/la-fi-mo-manufacturing-ism-20120501,0,7271267,print.story
--
Juan

"A fashion is nothing but an induced epidemic."
-- George Bernard Shaw
"It has yet to be proven that intelligence has any survival value."
-- Arthur C. Clarke
"I have left orders to be awakened at any time in case of national emergency, even if I'm in a cabinet meeting."
-- Ronald Reagan
"Youth would be an ideal state if it came a little later in life."
-- Herbert Henry Asquith
"You wouldn't have won if we'd beaten you."
-- Yogi Berra
Posted by 1ma2t