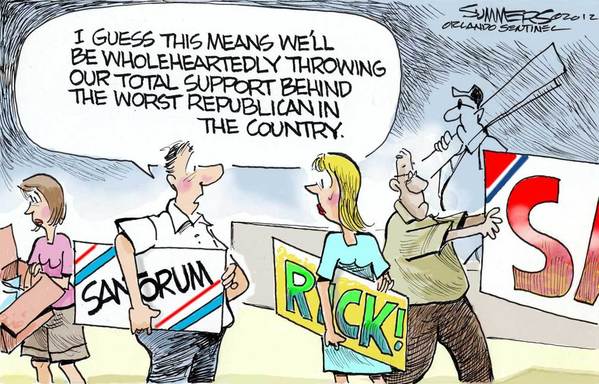 1.  A Black man, who was victimized by circumstances of the racial tensions of the 60's in Chicago, who shot and wounded a police office, fled the country to Canada, changed his name and found a new and good life, came back the United States, paid for "crime", cannot go back to Canada, because he was a member of the Black Panther Party back in the 60's.  He is separated from his wife, children, grand children, his friends and his life on account of his membership in the Black Panther Party.  Things just don't change...do they?:
http://truth-out.org/news/item/8196-40-years-on-1960s-black-radical-still-suffers-racial-and-political-injustice?tmpl=component&print=1
2.  The aftermath of Occupy is now in book form, and there is analysis of the history that took place.  Spring is here, the weather is good.  The ethos of Occupy is alive, and ready spread is branches where needed.   Yes, it will be alive, and there are issues that will be drawn to the action:
http://truth-out.org/news/item/8425-book-on-occupys-tent-city-era-helps-anchor-roots-of-evolving-movement?tmpl=component&print=1
3.  Romney just does not get it.   Just let this text and video of him justifying women with young (2-year olds) receiving assistance be required to work outside the home:
http://truth-out.org/news/item/8536-romney-poor-mothers-should-be-required-to-work-outside-the-home-or-lose-welfare
4.  Mitt Romney brags about the gravitas of his business experience, and claims that it puts him at the top in running the country.  First of all, the United States is not an institution for the purpose of making a profit, and running things efficiently and casting off money-losing operations.   There are millions of citizens who are unable to contribute positively to the bottom line, and receive more money than they contribute - so are we as a nation poised to ignore them and leave them out in the cold?   No,  that is not who we are as people and a nation.   Second, Willard's claim as the paragon of business acumen seems to be bolstered on demonstrated tactics of fraud and corruption.  He is going to have to navigate a host of situations that are embarrassing and not fitting of a candidate for any office.  Wipe that door-knocking smile off your face, Mitt:
http://libertarianreview.us/2012/04/15/mitt-romney-bain-capital-defrauded-u-s-government-of-25000000/
5.  It is unfortunate that in the culture in the USA, it takes courage to push back at the NRA.   Most politicians lack that courage.   When it is demonstrated, and supported, it takes guts.   There is nothing of human value that supports the discharge of a mechanical device that propels a hunk of metal at a lethal speed that destroys and annihilates any object in its path.  That is all a gun does.  The fear mongering of demanding no restrictions on the issuance and sale of weapons is as chicken shit as a human being can be.   A weapon's definition upon the creation of the Bill of Rights was a clunky, slow to reload musket:
http://www.washingtonpost.com/opinions/why-the-nra-pushes-stand-your-ground/2012/04/15/gIQAL458JT_print.html
6.  Bill Keller plays out the Daily Forum and Handicaps the presidential race:
http://www.washingtonpost.com/opinions/why-the-nra-pushes-stand-your-ground/2012/04/15/gIQAL458JT_print.html
7.  In Europe, now focusing on Spain, the road to financial stability by austerity, is not the way to go, according to Nobel Prize winner Paul Krugman:
http://www.nytimes.com/2012/04/16/opinion/krugman-europes-economic-suicide.html?ref=opinion&pagewanted=print
8.  Bill Cosby pushes back on Obama's critics and at the same time calls for sanity in the matter of gun control:
http://www.latimes.com/news/politics/la-pn-cosby-says-disappointed-obama-allies-need-to-acknowledge-his-woes-20120415,0,2673538,print.story
--
Juan

"Any idiot can face a crisis. It's day-to-day living that wears you out."
-- Anton Chekov
"The first question I ask myself when something doesn't seem to be beautiful is why do I think it's not beautiful. And very shortly you discover that there is no reason."
-- John Cage
"Skiing consists of wearing $3,000 worth of clothes and equipment and driving 200 miles in the snow in order to stand around at a bar and drink."
-- P. J. O'Rourke
"We are bits of stellar matter that got cold by accident, bits of a star gone wrong."
-- Sir Arthur Eddington
"Anybody caught selling macrame in public should be dyed a natural color and hung out to dry."
-- Calvin Trillin
Posted by 1ma2t