Something to Know - 7 May 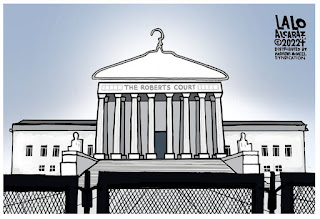 Trying to make sense of a senseless situation, the only conclusion I can figure out right now is that the forward motion of our United States Democracy is being attacked and stunted by nothing more than gullible stupid people.   We have the United States of America and we are contending with the USSA; United States Stupid (you figure out what the last A is for).  They are selfish, greedy (me, me, me) folks, who are hell-bent on intolerance and racism.  When factual evidence is staring them in the face, they become very stupid.   This all makes for a big heap of frustration.   The former president suggested that our military bomb Mexico, and pretend that we had nothing to do with it; that folks, is granular stupidity, and the gullible swallow it all up.   Anyway, tomorrow is Mother's Day, so think positive ...if you can.

--
****
Juan
Only drug dealers, cartel bosses, scam artists, and other criminals trying to hide use burner phones.
Posted by 1ma2t