The headline of today's column is enough to strike deep fear in the hearts and minds of those in tight with the Gun Lobby.   Our neighbor to the north can actually talk and perhaps plan legislation and rub it in on their cowardly neighbor to the south.   Who knows what will happen in Canada, but the fact that it is okay to have dialogue and thoughts of actually beginning to do something is anathema to many (makers, users, and receivers of political donations).    It should be obvious that the willingness to accept the calls to action are now seeing the light of day is a sure sign that we may be witnessing changes towards sanity.   HCR and SITREP are also included today:
HCR
SITREP

"We have a responsibility to act to prevent more tragedies," Prime Minister Trudeau said as he proposed tightening the country's already stringent control of firearms. 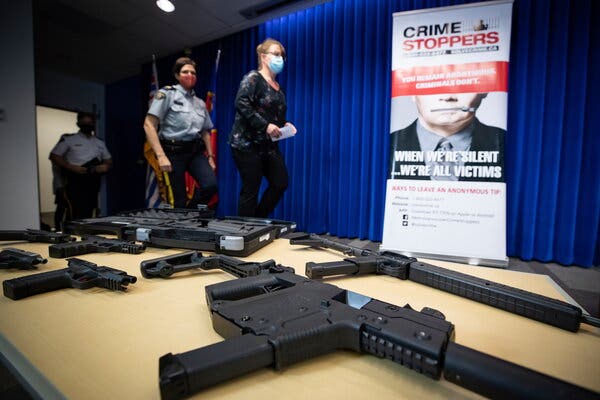 Seized firearms in 2021 are displayed during a Royal Canadian Mounted Police and Crime Stoppers news conference in Surrey, British Columbia.Credit...Darryl Dyck/The Canadian Press, via Associated Presshttps://www.nytimes.com/2022/05/30/world/canada/canada-gun-buyback.html?campaign_id=2&emc=edit_th_20220531&instance_id=62782&nl=todaysheadlines&regi_id=2318049&segment_id=93780&user_id=af58c63b30a52a2ca05d6e1633e35b95
May 30, 2022
OTTAWA — Most owners of what Canada calls "military-style assault weapons" would be required to turn over their firearms to a government buyback program under legislation introduced on Monday, which would tighten the country's already stringent control of firearms.
The Canadian government also announced new regulations that will ban the sale, purchase, importation or transfer of handguns. "We are capping the number of handguns in this country," Prime Minister Justin Trudeau said on Monday.
The handgun sales ban and the proposed assault weapons law are the latest in a series of steps Mr. Trudeau has taken to restrict firearms since 22 people were killed in rural Nova Scotia by a gunman in 2020, in the deadliest rampage in the country's history. The legislation, which could apply to tens of thousands of firearms, is expected to pass.
"As a government, as a society, we have a responsibility to act to prevent more tragedies," Mr. Trudeau told reporters on Monday. He also said: "We need only look south of the border to know that if we do not take action, firmly and rapidly, it gets worse and worse and more difficult to counter."

The buyback proposal comes as another mass shooting in the United States has reignited an often searing debate on gun violence. Last week a gunman used a military-style rifle to kill 19 children and two teachers in the town of Uvalde, Tex. Only 10 days earlier, a teenage gunman entranced by a white supremacist ideology opened fire at a supermarket in Buffalo, N.Y., killing 10 people and injuring three more, almost all of them Black.
After 20 children and six adults were massacred in 2012 at Sandy Hook Elementary School in Newtown, Conn., there were widespread calls in the United States for stronger controls on powerful firearms, but many Republicans aligned with the gun lobby refused to even allow a vote on any proposed legislation. American lawmakers have failed to restore restrictions on military-style semiautomatic weapons that expired in 2004.
Mr. Trudeau's program echoes a semiautomatic weapons ban and buyback program launched by New Zealand in 2019, after a lone gunman stormed two mosques, killing 51 people and injuring dozens of others in Christchurch. After a mass shooting in 1996 in which a gunman killed 35 people in the town of Port Arthur, Australia, the government there collected more than 650,000 semiautomatic rifles and many shotguns after they were banned under new legislation.
Marco Mendicino, Canada's public safety minister, said the buybacks should begin by the end of the year.
The Small Arms Survey, a nonprofit organization based in Switzerland, estimated in 2017 that there were 12.7 million legal and illegal guns in civilian hands in Canada, or 34.7 firearms per 100 people. In the United States, it estimates, there were more than 300 million guns in circulation, or 120.5 firearms per 100 people.

Soon after the deadly 2020 rampage in Nova Scotia, Mr. Trudeau used a cabinet order to announce it would ban more than 1,500 models of rifles, including the AR-15, a popular military-style semiautomatic rifle. But in the end, it allowed owners to keep their rifles, if they had a permit — but could no longer use them, trade them or sell them except, with permission, to buyers outside Canada.
The government followed that up in 2021 with a sweeping package of proposed changes to gun laws. That bill, which expired before making its way through Parliament, disappointed groups calling for tighter gun controls by making participation in the buyback program voluntary.

Sign up for the Canada Letter Newsletter  Back stories and analysis from our Canadian correspondents, plus a handpicked selection of our recent Canada-related coverage. Get it sent to your inbox.
Automatic weapons have long been banned for civilians in Canada, and magazines for semiautomatic weapons are restricted: no gun may shoot more than five rounds without reloading.
The law introduced on Monday fulfills a pledge made by Mr. Trudeau last year to force owners of military-style rifles to turn them in for destruction. Mr. Trudeau's proposal will allow some exemptions, but those weapons must be modified by the government to make them permanently inoperable.
There is, though, no legal definition of a "military-style assault weapon." Mr. Trudeau said the government would seek to come up with one that could not be easily circumvented by gun makers.

Most rifles and shotguns in Canada, apart from automatic weapons and handguns, have been relatively loosely regulated. The previous Conservative government closed a registry for such weapons that was set up after a man killed 14 young women and injured 13 others in 1989 at the École Polytechnique engineering school in Montreal.
The registry's database was plagued with technical problems, and it was deeply unpopular in rural areas. Mr. Trudeau has not heeded calls from gun control groups to renew it.
Compared with hunting rifles, there are relatively few legal handguns in Canada and their use has long been heavily restricted. Aside from members of the police, border agencies, the military and some private security guards, handgun users may fire their weapons only at shooting ranges, and the guns must otherwise be stored in locked containers at their homes.
Mr. Trudeau's earlier legislative attempt would have allowed provinces to ban all handguns within their borders, an idea that swiftly led to concerns from gun control groups about the development of a patchwork system nationally. On Monday he acknowledged those criticisms.
"We decided to take a new route, something that would tackle this issue at a national level," he said.
While Mr. Trudeau's Liberal Party does not hold a voting majority in the House of Commons, the left-leaning New Democratic Party has long pushed for tighter gun controls and is expected to support the new measure, allowing it to overcome any potential opposition from the Conservatives.

Handguns account for close to 60 percent of firearms-related crimes in Canada, according to a report released last week by Statistics Canada, the census agency. Rates of death linked to gun violence are far lower in Canada than in the United States.
The agency is pushing for more comprehensive collection of data on guns. While the police have long held that most illegal firearms, particularly handguns, are smuggled in from the United States, not much is known about the origins of guns used in crimes.
The shooter in Nova Scotia used two weapons that are now banned; both were smuggled in from the United States.
Other measures in the sweeping bill, which amends several pieces of legislation, include making it a crime to modify a rifle to increase its capacity; increasing the penalties for gun smuggling; and giving police power to seize guns from people whom a judge has determined to be at risk of hurting themselves or others.
--
****
Juan
The Republican Party - willing agents and representatives of the Gun Manufacturing and Ammunition Industry - "the lobby".
Posted by 1ma2t