Something to Know - 6 October 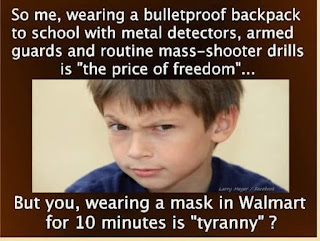 It's kind of messy, as well as scary.  Government oversight on social media is the smallest of the issues, with financial doom and failure of governance looming large, but the average Joe has no real knowledge of the consequences.   Yes, there is a very small tier of the citizenry who may be aware of what is going on, but the majority of us are left out.   HCR fills us in with her overview, so at least we can find the stones in the rock pile to adequately line our final resting place.   Is this all a draft of a screenplay, or are we participants (or victims?) of a real live apocalypse?
--
****
Juan
Stupidity and Ignorance based on cultural defiance, hatred, and fear is not, and cannot be, our destiny.
-Anonymous
Posted by 1ma2t