Something to Know - 3 October 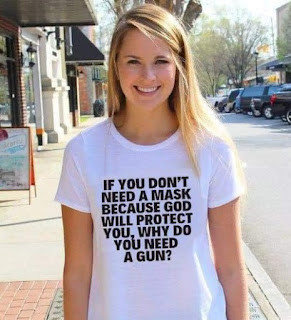 Attempts to predict the outcome of political wrangling on Biden's agenda are nothing more than pundit-driven journalism.  This piece from the Editorial Board of the NY times urges reflection on the attempts to undermine the Constitution and the Democracy, and what should be done to protect the future of the republic:
OPINION

Jan. 6 Was Worse Than We Knew

Oct. 2, 2021
However horrifying the Jan. 6 riot at the U.S. Capitol appeared in the moment, we know now that it was far worse.
The country was hours away from a full-blown constitutional crisis — not primarily because of the violence and mayhem inflicted by hundreds of President Donald Trump's supporters but because of the actions of Mr. Trump himself.
In the days before the mob descended on the Capitol, a corollary attack — this one bloodless and legalistic — was playing out down the street in the White House, where Mr. Trump, Vice President Mike Pence and a lawyer named John Eastman huddled in the Oval Office, scheming to subvert the will of the American people by using legal sleight-of-hand.
Mr. Eastman's unusual visit was reported at the time, but a new book by the Washington Post journalists Bob Woodward and Robert Costa provides the details of his proposed six-point plan. It involved Mr. Pence rejecting dozens of already certified electoral votes representing tens of millions of legally cast ballots, thus allowing Congress to install Mr. Trump in a second term.

Mr. Pence ultimately refused to sign on, earning him the rage of Mr. Trump and chants of "Hang Mike Pence!" by the rioters, who erected a makeshift gallows on the National Mall.
The fact that the scheme to overturn the election was highly unlikely to succeed is cold comfort. Mr. Trump remains the most popular Republican in the country; barring a serious health issue, the odds are good that he will be the party's nominee for president in 2024. He also remains as incapable of accepting defeat as he has ever been, which means the country faces a renewed risk of electoral subversion by Mr. Trump and his supporters — only next time they will have learned from their mistakes.
That leaves all Americans who care about preserving this Republic with a clear task: Reform the federal election law at the heart of Mr. Eastman's twisted ploy, and make it as hard as possible for anyone to pull a stunt like that again.
The Electoral Count Act, which passed more than 130 years ago, was Congress's response to another dramatic presidential dispute — the election of 1876, in which the Republican Rutherford Hayes won the White House despite losing the popular vote to his Democratic opponent, Samuel Tilden.
After Election Day, Tilden led in the popular vote and in the Electoral College. But the vote in three Southern states — South Carolina, Florida and Louisiana — was marred by accusations of fraud and intimidation by both parties. Various officials in each state certified competing slates of electors, one for Hayes and one for Tilden. The Constitution said nothing about what to do in such a situation, so Congress established a 15-member commission to decide which electors to accept as valid.

The commission consisted of 10 members of Congress, evenly divided between the parties, and five Supreme Court justices, two appointed by Democrats and three by Republicans. Hayes, the Republican candidate, won all the disputed electors (including one from Oregon) by an 8-to-7 vote — giving him victory in the Electoral College by a single vote.
Democrats were furious and began to filibuster the counting process, but they eventually accepted Hayes's presidency in exchange for the withdrawal of the last remaining federal troops from the South, ending Reconstruction and beginning the era of Jim Crow, which would last until the middle of the 20th century.
It was obvious that Congress needed clearer guidelines for deciding disputed electoral votes. In 1887, the Electoral Count Act became law, setting out procedures for the counting and certifying of electoral votes in the states and in Congress.
But the law contains numerous ambiguities and poorly drafted provisions. For instance, it permits a state legislature to appoint electors on its own, regardless of how the state's own citizens voted, if the state "failed to make a choice" on Election Day. What does that mean? The law doesn't say. It also allows any objection to a state's electoral votes to be filed as long as one senator and one member of the House put their names to it, triggering hours of debate — which is how senators like Ted Cruz and Josh Hawley were able to gum up the works on Jan. 6.
A small minority of legal scholars have argued that key parts of the Electoral Count Act are unconstitutional, which was the basis of Mr. Eastman's claim that Mr. Pence could simply disregard the law and summarily reject electors of certain key battleground states.
Nothing in the Constitution or federal law gives the vice president this authority. The job of the vice president is to open the envelopes and read out the results, nothing more. Any reform to the Electoral Count Act should start there, by making it explicit that the vice president's role on Jan. 6 is purely ministerial and doesn't include the power to rule on disputes over electors.
The law should also be amended to allow states more time to arrive at a final count, so that any legal disputes can be resolved before the electors cast their ballots.

The "failed" election provision should be restricted to natural disasters or terrorist attacks — and even then, it should be available only if there is no realistic way of conducting the election. Remember that the 2012 election was held just days after Hurricane Sandy lashed the East Coast, and yet all states were able to conduct their elections in full. (This is another good argument for universal mail-in voting, which doesn't put voters at the mercy of the weather.) The key point is that a close election, even a disputed one, is not a failed election.
Finally, any objection to a state's electoral votes should have to clear a high bar. Rather than just one member of each chamber of Congress, it should require the assent of one-quarter or more of each body. The grounds for an objection should be strictly limited to cases involving clear evidence of fraud or widespread voting irregularities.
The threats to a free and fair presidential election don't come from Congress alone. Since Jan. 6, Republican-led state legislatures have been clambering over one another to pass new laws making it easier to reject their own voters' will, and removing or neutralizing those officials who could stand in the way of a naked power grab — like Georgia's secretary of state, Brad Raffensperger, did when he resisted Mr. Trump's personal plea to "find" just enough extra votes to flip the outcome there.
How to ensure that frivolous objections are rejected while legitimate ones get a hearing? One approach would be to establish a panel of federal judges in each state to hear any challenges to the validity or accuracy of that state's election results. If the judges determine that the results are invalid, they would lay out their findings in writing and prevent the state from certifying its results.
There is plenty more to be done to protect American elections from being stolen through subversion, like mandating the use of paper ballots that can be checked against reported results. Ideally, fixes like these would be adopted promptly by bipartisan majorities in Congress, to convey to all Americans that both parties are committed to a fair, transparent and smooth vote-counting process. But for that to happen, the Republican Party would need to do an about-face. Right now, some Republican leaders in Congress and the states have shown less interest in preventing election sabotage than in protecting and, in some cases, even venerating the saboteurs.
Democrats should push through these reforms now, and eliminate the filibuster if that's the only way to do so. If they hesitate, they should recall that a majority of the Republican caucus in the House — 139 members — along with eight senators, continued to object to the certification of electoral votes even after the mob stormed the Capitol.
Time and distance from those events could have led to reflection and contrition on the part of those involved, but that's not so. Remember how, in the frantic days before Jan. 6, Mr. Trump insisted over and over that Georgia's election was rife with "large-scale voter fraud"? Remember how he called on Mr. Raffensperger to "start the process of decertifying the election" and "announce the true winner"? Only those words aren't from last year. They appear in a letter Mr. Trump sent to Mr. Raffensperger two weeks ago.

Mr. Trump may never stop trying to undermine American democracy. Those who value that democracy should never stop using every measure at their disposal to protect it.