Something to Know - 2 December

The nauseating and ugly vindictiveness accompanied by the stench of pardoning bribery schemes and grand grifting is all that the Trump people have left, and are making the most of it.   Just how much slime and destruction can one do between now and Biden's swearing in?   So, HCR can fill you in on the gritty details while Susan Rice, in her piece today in the NY Times, looks to the rough road out of this morass:
https://nyti.ms/3lrieIj

Now is no time for complacency. The next Congress must shore up our institutions. 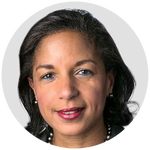 It appears that our democracy dodged a bullet — or, more precisely, multiple concerted efforts by the president of the United States to torpedo its very foundations.
While President Trump rages relentlessly about election "fraud," many Republican leaders continue to parrot false denials of the validity of President-elect Joe Biden's clear victory. Yet, so far, our democracy has withstood the greatest stress test of our lifetimes.
Mr. Trump and his political allies have been employing nearly every weapon at their disposal to try to retain the White House, notwithstanding the will of the people.
First, the Trump campaign labored (largely in vain) to concoct bogus conspiracy theories to discredit Mr. Biden by falsely smearing his son Hunter. To do so, Mr. Trump and his associates solicited foreign assistance from Ukraine and China and relied on Russian agents to disseminate disinformation.


Second, Trump supporters worked assiduously to suppress the vote by denigrating the legitimacy of mail-in ballots during a pandemic, limiting access to ballot drop-boxes and polling stations, flooding social media with messaging to dampen minority voter turnout, blasting robocalls to deceive voters about where and when to vote and manipulating the postal system to delay ballot delivery.
Third, some of Mr. Trump's most ardent supporters intimidated voters at the polls. Heeding calls to "stand by" and "go into the polls and watch very carefully," they deployed, sometimes armed, in Black and brown communities under the guise of ensuring no fraudulent votes were cast.


Fourth, in the run-up to Election Day, Mr. Trump dispatched an army of litigants to enlist the courts in curtailing access to the polls. Since the election, his legal team has tried repeatedly to halt ballot counting and toss out legitimately cast votes that most likely favored Mr. Biden. Ultimately, Mr. Trump summoned Michigan's Republican leaders to the White House, apparently in an attempt to coax the state's Legislature into unilaterally appointing Trump electors.

Despite these machinations, the worst fears about this election failed to materialize. Defying the combined challenges of the pandemic, a chaotic primary season, foreign interference and presidential sabotage, the 2020 election proved to be one of the cleanest and, according to senior U.S. officials, the "most secure" in our nation's history. The American people voted in unprecedented numbers, risking their health and foiling efforts in many states to make voting as difficult as possible. African-Americans, especially, braved countless barriers to casting their ballots.
There is no proof, nor even credible evidence, of significant voting irregularities, much less fraud. Republican and Democratic state and local officials largely adhered to their legal responsibilities, conducting the tabulation and certification processes honestly and transparently. Federal officials, sometimes collaborating with the private sector, effectively minimized the impact of Russian electoral interference.


The mainstream media duly prepared the public for a protracted counting process, refrained from rushing to call the outcomes in key states and resisted amplifying false allegations of fraud, thereby helping to temper public anxiety.
There has been no significant election-related violence. Supporters of Mr. Biden celebrated joyously, while supporters of Mr. Trump protested a week later without major incident.
Countries around the world have accepted the result, almost uniformly congratulating Mr. Biden on his decisive victory, with many expressing eagerness to renew relations with the United States.

For now, our democracy has held.

Still, the lesson we must learn is not a reassuring one: A determined autocrat in the White House poses a grave threat to our democratic institutions and can severely undermine faith in our elections, particularly when backed by partisans in Congress.
Perhaps only when the stars are optimally aligned — when voters turn out in huge numbers, when the outcome is not close, when state and local officials and the courts adhere to the rule of law, when foreign interference is thwarted, when the media behaves responsibly and when people remain peaceful — can our democracy endure its greatest tests.
Mr. Trump will leave office on Jan. 20, whether he acknowledges defeat or not. Yet, if his Republican enablers in Congress retain a Senate majority, they will not hesitate to reprise the politics of power at any cost, even by again subverting the democratic process.
So, bolstering our democracy depends in large part on the people of Georgia voting out their incumbent senators on Jan. 5. If the Senate flips to Democratic control, Congress will be able to apply the lessons of our democracy's near-death experience.


It would enact the For the People Act to combat corruption, strengthen ethics rules and improve voter access as well as the John Lewis Voting Rights Advancement Act to restore the protections of the 1965 legislation. Congress would pass the Protecting Our Democracy Act to constrain the power of future presidents who deem themselves above the law and finally adopt long-stalled legislation to shore up our election infrastructure against adversaries, foreign or domestic.
Now is no time for self-congratulation or complacency. We must act with the unique urgency and courage of those who know they are living on borrowed time.


Susan E. Rice (@AmbassadorRice), the national security adviser from 2013 to 2017 and a former U.S. ambassador to the United Nations, is a contributing opinion writer. She is the author of the memoir "Tough Love: My Story of the Things Worth Fighting For."