Something to Know - 4 October

The October surprise is on the table.  Reactions and speculations abound.   Much depends on the the most non-political player in the entire world; the Covid-19 microbe.  Trump is infected.  We know he is a very high risk to the virus.  We know that he is receiving the best possible medical care.   What we don't know is how he is going to respond to the treatment.  Bottom line is that he is damaged, and unlikely to campaign as his political team would have liked.   Here is HCR on the running narrative and Maureen Dowd, who is rather serious in her column, foregoing her usual humorous bent for the NY TImes.
https://www.nytimes.com/2020/10/03/opinion/sunday/trump-coronavirus-covid.html?campaign_id=2&emc=edit_th_20201004&instance_id=22793&nl=todaysheadlines&regi_id=2318049&segment_id=39788&user_id=af58c63b30a52a2ca05d6e1633e35b95

In a moment that feels biblical, the implacable virus has come to the president's door. 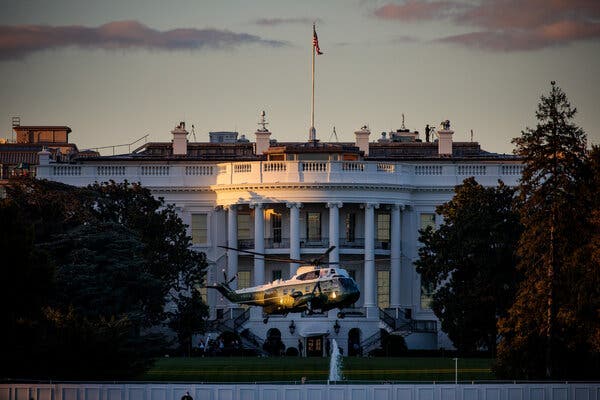 WASHINGTON — Fate leads the willing, Seneca said, while the unwilling get dragged.
For his entire life, Donald Trump has stayed one step ahead of disaster, plying his gift for holding reality at bay.
He conjured his own threadbare reality, about success, about virility, about imbroglios with women, even about the height of Trump Tower.
As president, he has created a bubble within his bubble, keeping out science and anything that made him look bad. He has played a dangerous game of alchemizing wishes to facts, pretending that he was a strong leader, pretending that the virus will magically disappear and that it "affects virtually nobody,'' pretending that we don't have to wear masks, pretending that dicey remedies could work, pretending that the vaccine is right around the corner.
Now, in a moment that feels biblical, the implacable virus has come to his door.
This was the week when many of the president's pernicious deceptions boomeranged on him. It was redolent of the "Night on Bald Mountain" scene in "Fantasia,'' when all the bad spirits come out in a dark swarm.


The man whose father told him there are only killers and zeros, the man who cruelly castigated others as losers, the man who was taught to fear losing above all else, has been doing some very public losing of his own.
Upsetting as it is to see the president and first lady facing a mortal threat — and the glee and memes from some on the left were vulgar — it was undeniable that reality was crashing in on the former reality star.
Remarkable new reporting in The New York Times exposed the hoax of Trump, master businessman. Even as he was beginning to swagger around "The Apprentice" to the tune of "For the Love of Money" by The O'Jays in 2004, he was filing a tax return reporting $89.9 million in net losses. The gilt barely covered the rot.
"The red ink spilled from everywhere, even as American television audiences saw him as a savvy business mogul with the Midas touch,'' the Times reported, adding: "the show's big ratings meant that everyone wanted a piece of the Trump brand, and he grabbed at the opportunity to rent it out. There was $500,000 to pitch Double Stuf Oreos, another half-million to sell Domino's Pizza and $850,000 to push laundry detergent.''
There were Trump seminars on wealth, and that Midas myth propelled the coarse political neophyte into the White House. But the year Trump won the presidency and his first year as president, he paid only $750 in federal income taxes.


Tuesday's debate pierced another reality that Trump had been hawking on Fox for months — that his opponent was an addled husk who would need performance drugs to stand at the podium, and that Trump would stride in like a colossus and clobber him in a trice.
Instead, the ugly reality was there for all to see: Trump was truculent, whiny and nasty, and Joe Biden was fine. Trump was indecent, on everything from white supremacists to Hunter Biden's addiction, and Biden was decent.
And, in the end, the con man in the Oval Office could not con the virus. He was a perverse Pied Piper of contagion, luring crowds to his rallies and events on the White House lawn, even as he mocked the safety measures recommended by his own government, sidelined and undermined Dr. Anthony Fauci, and turned the mask into a symbol of blue-state wimpiness.
"I don't wear masks like him,'' Trump sneered about Biden, at the obstreperous Cleveland debate. "Every time you see him, he's got a mask.
"He could be speaking 200 feet away,'' the president continued, "and he shows up with the biggest mask I've ever seen."

Members of the Trump family, sitting in the front row, followed the patriarch's example. They ditched their masks during the debate, ignoring the requirements that they keep them on.
It seemed inevitable that Trump would get infected, given his insouciance on the issue of protective measures combined with his age, weight and ambitious travel schedule. He seemed oddly intent on tempting fate. Certainly, he put a lot of his fans, especially older ones in the most vulnerable demographic (like Herman Cain, who died of Covid after attending a Trump rally in Tulsa, Okla.), at risk with his dismissiveness about the virus, laxity on testing and tracing, and his insistence on continuing rallies.


Even for Trump, it was an astonishing act of hubris, asking his base to choose between paying homage to him or protecting their own lives.
As Nancy Pelosi told Stephanie Ruhle on MSNBC Friday morning, "Going into crowds unmasked and all the rest was sort of a brazen invitation for something like this to happen, sad that it did, but nonetheless, hopeful that it will be a transition to a saner approach to what this virus is all about."

But now that it has happened, it creates an alarming situation. How will a White House shrouded in secrecy and lies deal with a sick president who specializes in secrecy and lies?
The public never found out what happened that Saturday last year when the president was whisked off to Walter Reed medical center, a visit that was raised again this weekend, as reporters noted that we might not even know all Trump's underlying conditions.
White House officials tried to be reassuring on Friday, saying that the president's symptoms were "mild,'' but it was clear that things could be serious when the White House doctor, Sean Conley, put out a statement in the late afternoon saying that Trump was taking an experimental antibody cocktail.

There was also an eerie silence all day from the president's usually rambunctious Twitter account. Then, Marine One landed on the South Lawn in the evening to take him to Walter Reed for a few days. At 6:31 p.m., the president tweeted a video saying that Melania was "doing very well" and that he thought he was doing "very well," but that he was going to hospital to "make sure that things work out." And at 11:31 p.m., he tweeted: "Going well, I think! Thank you to all. LOVE!!!"
Democrats tried to be nice. On Friday, the Biden campaign paused their negative ads, and Barack Obama said at a virtual fund-raiser that despite being in a fight "with issues that have a lot at stake,'' we're still Americans and "we want to make sure everybody is healthy." (At the same moment, the Trump campaign issued an attack on "lyin' Obama.")


I have long marveled that Donald Trump never seemed to get sick, either during the campaign or in office, and had an extraordinary amount of energy for a man of 74 who binged junk food and skipped the gym. He has been a great advertisement for not smoking and drinking. So it was stunning to see Trump walk out, finally wearing a mask, waving as he took off for Walter Reed, with the election only a month away and the next scheduled presidential debate two weeks from now.

With the West Wing in a panic, and with Republicans feeling the White House and Senate slipping away, the Democrats made moves on two fronts.
Pelosi thought the Republicans might be more amenable to the bigger aid package that she has been pushing, now that Covid had become scarily real to them.
As she pointed out, if the president could get infected — "with all the protection that he has"— think of how vulnerable ordinary people are, "if you've lost your job and lost your health care and you're food insecure and you're on the verge of eviction.'' Trump's diagnosis should be, she said, "a learning experience."
It also could change the dynamic of Mitch McConnell's hypocritical push to get Amy Coney Barrett's Supreme Court nomination crammed through the Senate, because she will have to do more of her meetings with lawmakers virtually. The Democrats now hope to slow down the rush to appoint the conservative judge who, according to news reports this week, signed a newspaper ad in 2006 that called Roe v. Wade "a barbaric legacy" and supported overturning it.

As Chuck Schumer and Dianne Feinstein said in a joint statement, Democrats need to "ensure a full and fair hearing that is not rushed, not truncated and not virtual."
The pictures from the Rose Garden last Saturday, where President Trump nominated Judge Barrett, scream superspreader. There's a maskless Trump and maskless Republican lawmakers and a maskless president of the University of Notre Dame and lots of hugs, kisses and handshakes. Mike Lee and Thom Tillis, both Republicans on the Senate Judiciary Committee, were there; on Friday they said they had tested positive for the virus, as did John Jenkins, the president of Notre Dame, and Kellyanne Conway, Trump's former top aide who was also in the Rose Garden that day. (Judge Barrett, who recovered from the virus this summer, graduated from the law school and became a professor there.) Bill Stepien, Trump's campaign manager, also tested positive. Three White House reporters have also reported testing positive this past week.


After Britain's leader, Boris Johnson, had a life-or-death fight with Covid earlier this year, he came out of the hospital a bit more inclined to take scientific advice and more ready to put restrictive measures in place than he had been at the start of the pandemic. He was still torn, though, between his medical advisers and the Tories in his Cabinet, who were deeply opposed to another lockdown because they feared it could shatter the economy.
CNN's Kaitlan Collins reported that Trump was "spooked" and "alarmed" at having the virus.
It's impossible to know how — or even whether — this illness will change the president. But hopefully it will change his skeptical followers and make them realize that this vicious microbe really is contagious, that President Trump is not invulnerable and that therefore they are not either, that crowding together at rallies is not smart, that wearing a mask is important, and that it's not all going to disappear like a miracle.
--
****
Juan
The person who comes to our home to keep our yard looking well-tended and orderly pays more in taxes that our current president.
Posted by 1ma2t